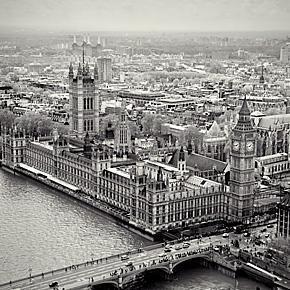 The Weekend London Tried to Kill Me

This entry is part 21 of 23 in the series Portugal & Andalusia 2012.
THIS POST MAY CONTAIN COMPENSATED LINKS. FIND MORE INFO IN MY DISCLAIMER.

Oh London, Why did you try to kill me?

I travel often, and for that, I am immensely grateful. Most of my trips I would relive in a heartbeat, however, there have been a few nightmare trips from hell. This was the case on my last trip across the pond, the weekend London tried to kill me.

London seems to be a love-it-or-hate-it kind of city. While I have no desire to live there, I enjoy shopping , visiting the endless museums and taking in a show or two. Andrew, however, is firmly in the ‘hate it’ camp, having to travel to London frequently for work; dealing with the stress of commuter traffic and unreasonable customers.

So when my parents expressed an interest in visiting London on their third visit to Europe, last spring, I volunteered to be their tour-guide, while Andrew begged off with excuses of school-work. I managed to convince him to join us for our final night in the city, with the promise of a full-English breakfast before we headed on to Cornwall together.

I warned my parents to prepare for wet London spring weather and set about planning our brief visit. My father was insistent on riding the London Eye (something I, with a serious dislike of heights, swore I would never do.) My mother was eager to explore Kew Gardens, some place I was excited to revisit. They were also keen to check out the Tower of London, which I had never visited, and the British Museum, which I had many years ago. To top it all off, we would see a performance of Mama Mia where we could recreate my Abba-filled youth. All in all, it sounded like a typical touristy first visit to London.

Everything started out smoothly. Our trip through the Chunnel with Eurostar was uneventful. We found our hotel easily and our room was nice, spacious and very centrally located. Even the weather was somewhat agreeable, so after dropping our bags we decided to hit the London Eye.

Fortunately, I had the forethought to reserve tickets on-line. While this enabled us to bypass the ticket line, we still faced a huge line-up to board the Eye itself. Like good little colonials, we joined the queue.

Then we heard it… a deafening racket coming from right behind us. It was a blaring combination of jackhammer and concrete saw and it was buzzing through our brains. We waited patiently for it to stop, but it just kept going.

And then it started to rain.

Did I mention I really didn’t want to ride the London Eye in the first place? After a soggy, loud half-hour, we finally boarded our capsule and shut out the noise.

I will admit, the London Eye does offer a great (albeit expensive) view of the city. However, when it’s raining, it is next to impossible to get decent photos through the fogged up, rain streaked glass. I managed to snap a few I could edit raindrops out of during the half hour trip. Little did I know they would be some of the only photos I’d manage to take in London that weekend.

Well, there were no roses, but there were definitely raindrops on the windows of the London Eye.

By the time we returned to our hotel, we were soggy and tired and not up to venturing far for supper. We had spotted a Wagamama’s around the corner and decided to head there for some quick eats. I’m a fan of the Wagamama’s chain and my parents had eaten with me at the Amsterdam outlet and enjoyed it. This one was busy, the food tasted fine and all was right with the world – at least for the next few hours.

Safely ensconced in our hotel room, my exhausted parents didn’t take long to pass out. My stomach was feeling a bit upset, but I assumed I had just eaten too many noodles. About an hour later, I was in the throes of full-blown food poisoning. The shrimp in my meal had been off and now it wanted out of my stomach – violently.

I spent the rest of the night on the bathroom floor, begging the gods to stop my stomach from heaving. I was finally able to crawl back into bed as my parents were waking up. They had slept through the entire event.

Exhausted and guilt-ridden, I was worried they wouldn’t venture out on their own. However, I showed them a direct route to the Tower of London and off they went clutching the tourist map. They returned hours later, slightly soggy but excited from a good morning. I had spent the time napping and trying to choke down some dry crackers. London hadn’t killed me yet.

It may look benign, but London was definitely trying to kill me.

That evening I had booked our tickets for Mama Mia and I was determined not to miss it. So, once my folks had rested up, we set off for the theatre district.

We found the theatre easily and I popped into the box office to pick up our reserved tickets.

“I’m sorry madam, but I can’t seem to find your reservation.”

Used to the last name scramble I didn’t worry. I should have.

I pulled out my reservation printout and handed it over.

“This reservation is for last night.”

Now my brain was panicking… But I had confirmed it 4 times before I booked them. How could this have happened?

“There is no way to change the tickets but”, the ticket seller offered, “I have a few discount seats left for tonight’s show.”

And so, I forked over my credit card to purchase my second set of Mama Mia tickets, while internally kicking my own ass for being so stupid.

My parents were unfazed. “These things happen,” said my Mom, in a very Mom-like way. “Stop beating yourself up over it.”

Thankfully, the show itself was a hit and we all enjoyed ourselves immensely. The dry crackers stayed in my stomach and we weren’t sat beside any rude theatre talkers. Maybe my luck was changing. Maybe not.

The next morning we were up early to head out to Kew Gardens.

Andrew and I had visited Kew before. It was an easy train ride from the city centre and a short walk. On any other weekend, it should have been uneventful. However, this was the weekend London tried to kill me.

I remembered we had to take the green line out to Kew. I also remembered this particular line branched off in several places, so we had to be careful to catch the right train. We waited patiently on the platform but no train appeared with our end destination. Making an executive decision, I decided we would grab the next train and ride it to the point where the lines branched off. We would try to pick up the train to Kew from there.

Arriving at the next station, a garbled message came over the PA system. None of us was able to decipher it, so I headed to the information desk. After a confusing back and forth, I learned our train was out of service for the weekend. We would have to continue to yet another station where we would pick up a bus to Kew.

We alighted from the third station and started following the masses to the bus stop. Then the heavens opened. While waiting for another soggy 15 minutes, I wondered who I had tortured in a past life to bring about such bad karma.

Finally, the bus arrived and ferried us to Kew. Long gone were my dreams of strolling through the gardens with my parents. We purchased tickets for the Kew tram and dashed from tram to the greenhouses, getting drenched along the way.

Was it just me or did that thunder sound like evil laughter?

All of these photos were taken safely inside the greenhouses of Kew Gardens.

I’d like to say there was a moment when the clouds parted and the sun came out so we could have one glimpse of the gardens outside the glasshouses, but there wasn’t. We enjoyed what we could inside, and I promised to bring my Mom back again someday.

When the time came to leave Kew, London had one more treat in store for us – traffic. Our ten-minute bus ride suddenly became 45. We stuffed ourselves into the tube with the rest of the rush hour commuters and eventually made it back to the hotel – bedraggled and exhausted.

Andrew arrived from Brussels, not long after our return. We told him our saga, which only served to reinforce his hatred of London. Frankly, I think he was a bit smug about the whole ordeal.

By all rights, I should despise the city now, and yet I don’t. Bad travel experiences can happen anywhere and when you travel frequently, your number is bound to come up at some point. Bad weather, transportation issues, sickness, even scheduling screw-ups happen to the best of us and we can’t expect them to stop just because we’re on holiday.

And while none of this was funny when it was happening to us, I can’t help but look back now and laugh at the absurdity and sheer bad luck of it all. Kafka himself couldn’t have written it better.

Will I go back to London? Heck yeah. Whatever doesn’t kill you only makes you stronger. Right?

Have you had a nightmare travel experience? Share your pain in the comments below.

Alison Cornford-Matheson
Alison Cornford-Matheson is a Canadian travel writer, author, and photographer. She is the founder of Cheeseweb.eu, a website dedicated to slow and sustainable travel, off-the-beaten-path destinations, and cultural awareness through travel. She and her husband, Andrew, are the founders of RockFort Media, committed to helping entrepreneurs tell their stories online. Alison has visited over 45 countries and, after living in Belgium for 11 years, now lives full-time in a Bigfoot motorhome named Yeti with Andrew and their well-travelled cat.
Latest posts by Alison Cornford-Matheson (see all)
Pin1
Share8
Tweet
Flip
Email
Read more from this series...
Series: Portugal & Andalusia 2012