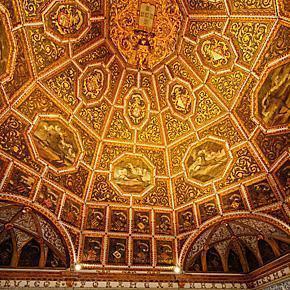 This entry is part 7 of 23 in the series Portugal & Andalusia 2012.
THIS POST MAY CONTAIN COMPENSATED LINKS. FIND MORE INFO IN MY DISCLAIMER.

With its brightly painted tile walls and elaborate mural ceilings, the Sintra National Palace, is well worth exploring on a day-trip from Lisbon, Portugal.

One of the most fascinating and beautiful places we visited on our recent trip to Portugal and Spain, was the town of Sintra, not far from the capitol, Lisbon.

Sintra, nestled in the mountains, was a playground for the rich and famous of Portugal from the 15th to the 19th centuries. The wealthy tried to outdo each other with their elaborate estates, castles and gardens. Many of them are now restored and open to the public.

Sintra was designated a UNESCO World Heritage site in 1995 and is a Mecca for day-trippers from Lisbon. Tour buses chug up the narrow mountain roads and visitors parade through the town. 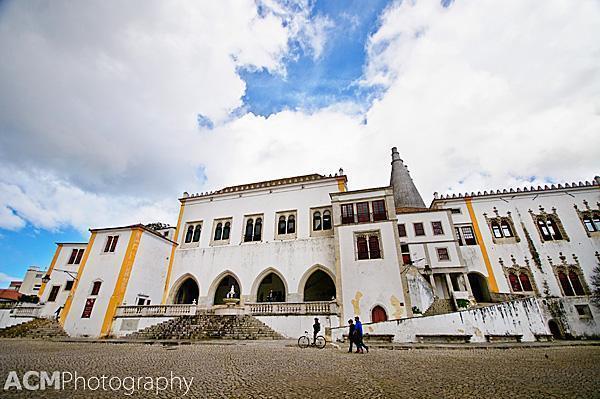 The facade of The Sintra National Palace with the 33 metre chimneys visible in the back.

The Sintra National Palace is located in the town centre.  Although there is evidence a palace existed on the site in the 10th century, the current Sintra National Palace is a mixture of Gothic, Manueline and Moorish styles from the 15th and early 16th centuries.  The stark white palace is less ornate than many of the other palaces and estates nearby and is dominated by two enormous chimneys rising 33 metres over the kitchen.

The design and decoration of the palace’s interior was sponsored by King Manuel I with wealth acquired during the Age of the Discoveries. He ordered unique hand-crafted tiles from Seville to decorate the walls of most of the rooms and had many of the ceilings painted with elaborate frescoes. 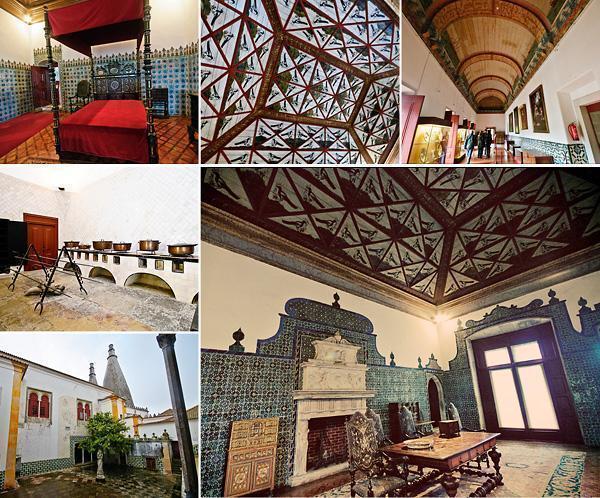 Clockwise from the top: Tiled walls in one of the many bedrooms; the Magpie ceiling; The Galleon Room; The Magpie Room; The patio and chimneys; The kitchen 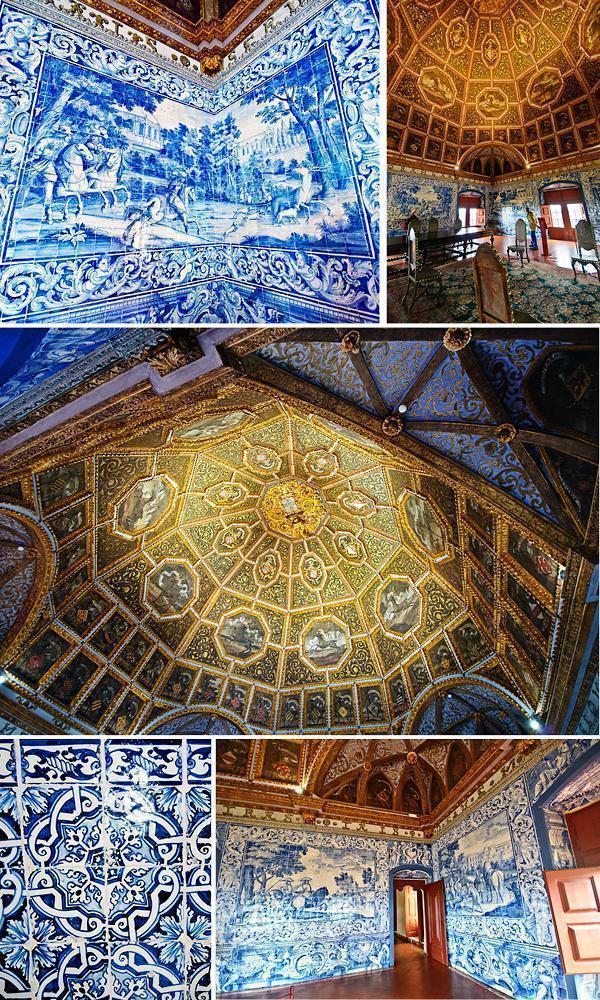 Other impressive rooms include the Magpies Hall, the Swans Hall, the Arab Room and the Palatine Chapel. It’s hard to walk around the Sintra National Palace without getting a crick in your neck from staring at the incredible ceilings.

Clockwise from top: The exterior; The Swan Room; The chapel; A touch of Asia; Manueline Hall; Door in the Arab Room

Outside the main entrance of the palace, you can see the colourful houses of the town of Sintra, presided over by the ruin of the Castelo dos Mouros, or Castle of the Moors, on the mountaintop above. 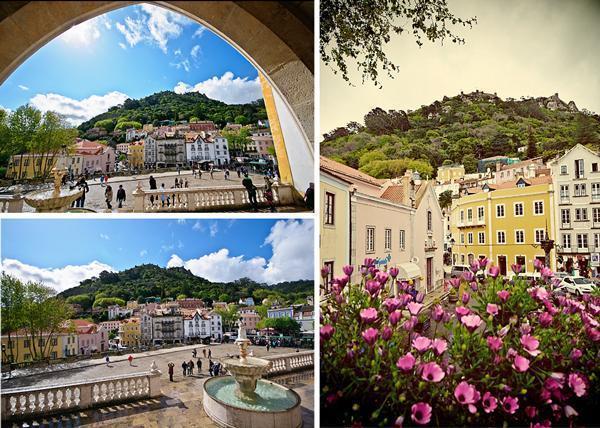 View of Sintra and the Castle of the Moors, from the National Palace