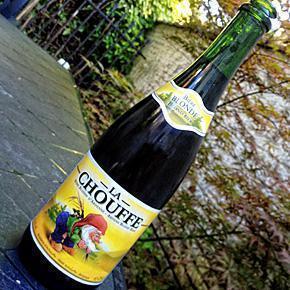 This entry is part 6 of 16 in the series Belgium in a Glass.
THIS POST MAY CONTAIN COMPENSATED LINKS. FIND MORE INFO IN MY DISCLAIMER.

Summer is around the corner and nothing pairs better with a Belgian summer than a refreshing Belgian beer. Blond ale is a great choice for the season and there are many options in Belgium. Today we get you started with a few you should try.

As spring has (finally) arrived in Belgium, I’m thinking of long summer evenings, a comfortable terrace filled with friends, and a nice glass of beer.  But with so many options in Belgium, how do you pick?

During the (long and wet) winter months, I prefer dark, full bodied ales; something about the weather makes me want richer, darker beer. On warm summer evenings, I prefer something lighter, such as a white beer or blond ale.

Belgium has a wide variety of blond ales, many of which have been created in the last 20 years. Tim Webb, in “Good Beer Guide Belgium

,” (Campaign for Real Ale, 2009) links this growth to the big name brands advertising their lagers, which are blond. As consumers, we pick up the visual cues and associate refreshment with a golden blond coloured beer. Belgian brewers have adapted to this shift in market demand and many now produce at least one blond ale.

There are three main styles of blond ale:

For those who are new to terms such as ‘hoppy’ or ‘malty’, a quick explanation is perhaps useful. Hops are used to introduce additional flavours or bitterness to the beer. Flavours include grassy, earthy, herby, and citrus-like tastes; bitterness makes a beer more dry or crisp. Thus, when a beer is hoppy, it usually means it has a lot of those flavours and/or crispness. Big, mass-producing breweries typically add very little hops, which is why beers from smaller producers have so much more flavour and depth.

Barley, the grain typically used as the base for beer, is first soaked in water, until the seed germinates, and then dried to stop the germination. The temperature used and amount of time spent drying determines what type of malt is produced: light, slightly sweet blond ales versus dark, caramel stouts. Thus when a beer is malty it means it has a sweet flavour to it, giving it a full bodied feel when you drink it.

Most blond ales are brewed using exclusively Pilsener malt, which is a lightly roasted, high quality European barley. This gentle roast gives the beer its light, golden colour and a slightly sweet taste. Some blond ales include other types of malt, to give some more colour, but the base is always Pilsener malt.

In the warm summer months, I prefer the strong, crisp, hoppy blond ales, like Duvel, La Chouffe, or La Rulles Tripel. If the day is a bit cooler, then perhaps something a bit sweeter, such as Tripel Karmeliet, Zinnebir, or La Rulles Blond. No matter your pick, each will pair well with a nice evening on the terrace!

Duvel is an easy to find Belgian Blond Ale, great for enjoying on a sunny terrace. (Photo via Wiki)

Of course there are many others out there worth trying, but hopefully this gives you some ideas for beer to try on the terrace this summer.

What blond ales do you recommend? Share your thoughts in the comments below.

Andrew
Andrew is our resident tech-geek and is normally found lurking behind the scenes on CheeseWeb doing things with code that Alison finds mysterious. He comes out of hiding occasionally to write about history and technology. He loves castles, driving on narrow, twisty mountain roads and relaxing with a glass of peaty Scotch. Follow Andrew on Google+
Latest posts by Andrew (see all)
Pin1.1K
Share92
Tweet10
Flip
Email
Read more from this series...
Series: Belgium in a Glass