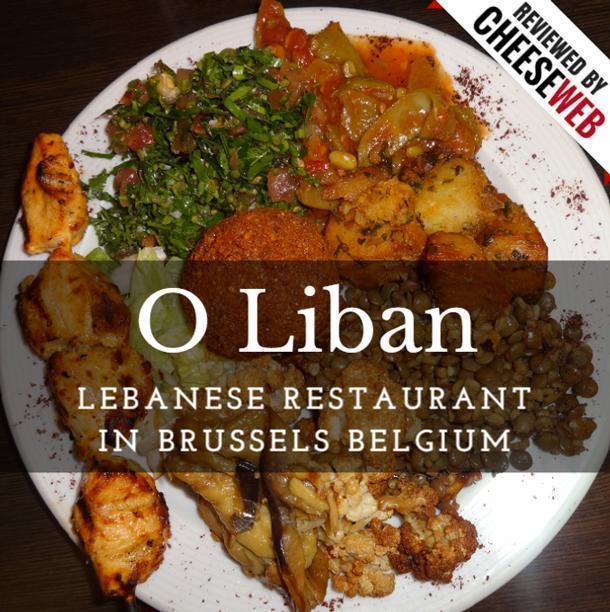 Brussels has a lot to offer in terms of food and is a foodie’s delight. Since the food has always been an important cultural experience rather than just ‘food’ for us, hubby and I attempt to try different cuisines whenever we are eating out. Brussels doesn’t disappoint!

Brussels has quite a few Lebanese restaurants and my favourite among them is definitely, O Liban. I have been there multiple times and each time, the food and the customer service (yes, customer service, which is really difficult to find in Brussels) has been great. 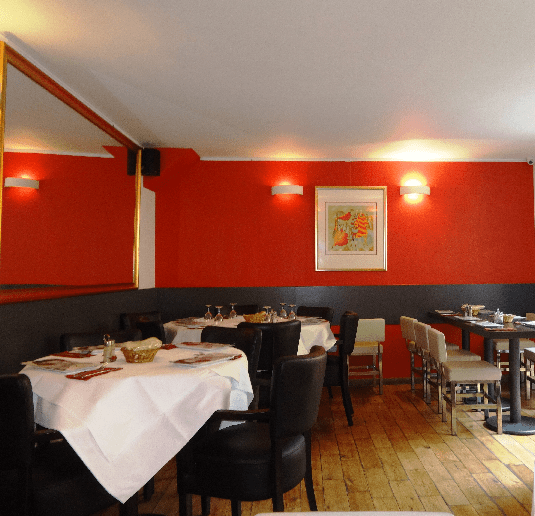 The restaurant has a rather informal setting and is spread over two floors. It also has a terrace, if you fancy outdoor seating or if the weather is good. The service is rapid and it doesn’t really matter where you are sitting. 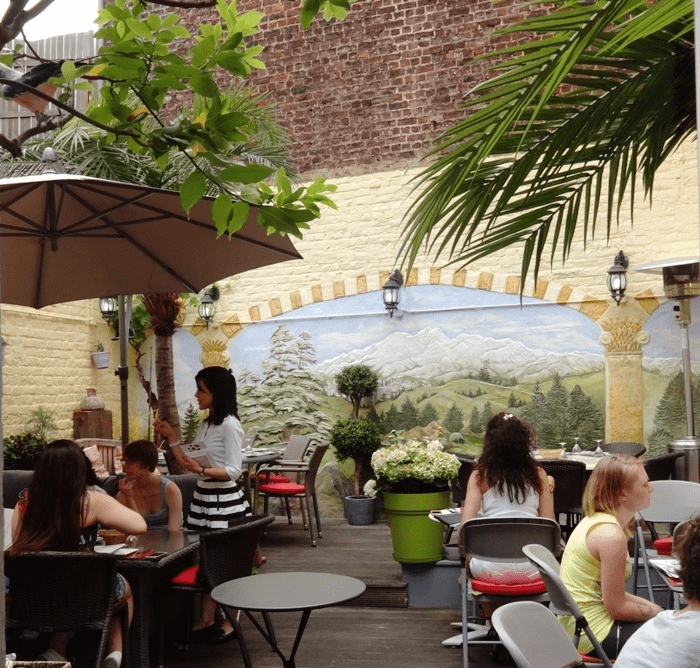 The menu is extensive, and offers everything, from mezzes to plates, from meats to seafood, vegetables and lentils.

This visit, we decided to choose a ‘plat du choix’ or a ‘plate of your choice’ where in you can choose six vegetarian small dishes (mezze) and a non-vegetarian option like a chicken kebab or a lamb kofta. For vegetarians, O Liban also has an option of choosing eight vegetarian mezzes. Lebanese cuisine is a good mix of meat and vegetables, and the wide variety of mezze the restaurant has to offer will not let you down. 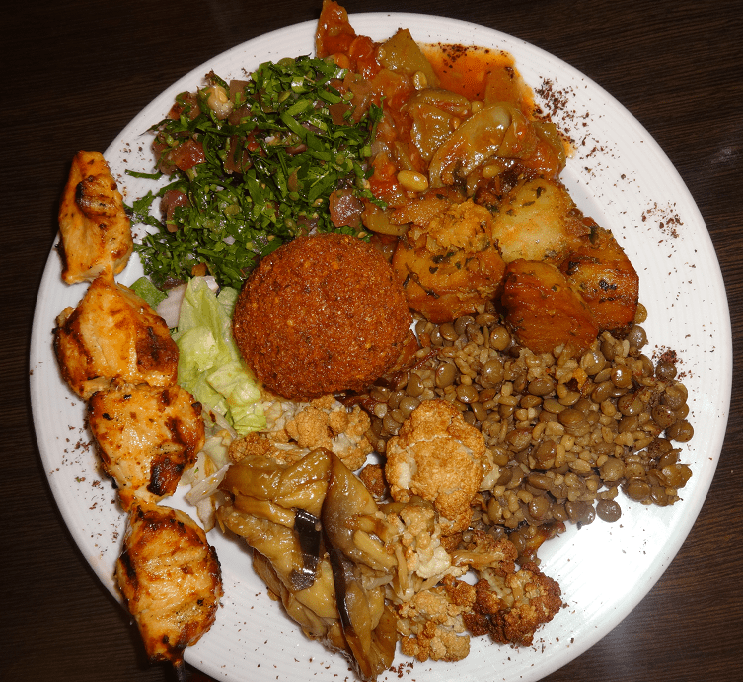 Plenty to enjoy including chicken and falafel

I chose a chicken kebab along with falafel, lentils, beans, potatoes and fried aubergine and cauliflower along with a fresh salad, Tabbouleh – All this for 14 euros. The lentils were rightly done and so were the vegetables in olive oil. The chicken kebab, perhaps, needed more marination. The Tabbouleh, which was probably their version of it, with parsley and tomatoes, without cracked wheat, was just awesome; it had both flavour and bite. 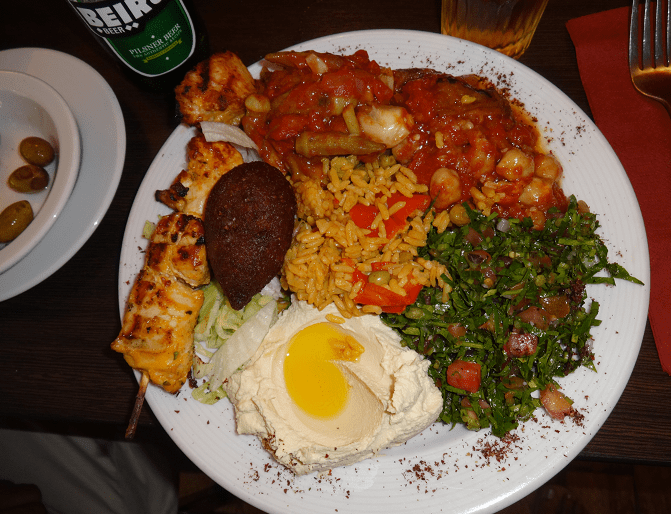 A tasty plate including hummus and tabbouleh

My husband chose a similar chicken kebab, along with okra, rice and also some hummus. Lebanese cuisine employs tomatoes in a very interesting way; both the beans and whole okras were done in a sort of tomato sauce, or stew, which added flavour to the vegetables. The hummus, a chick pea based dip, was smooth and had a generous helping of olive oil. However, for me, the ‘tang’ was not up to the mark, a little more tahini would have made it just right. The falafel was crisp and rightly spiced. The taste of garlic, cumin and paprika was delightfully obvious in the food. The food is served with packets of pita bread which go very well with hummus and tabbouleh.

The restaurant also offers a variety of Lebanese beer and Middle Eastern desserts.  We tried an almond and a coconut based cake this time. It was very moist and full of flavour, though the essence was a bit on the higher side. 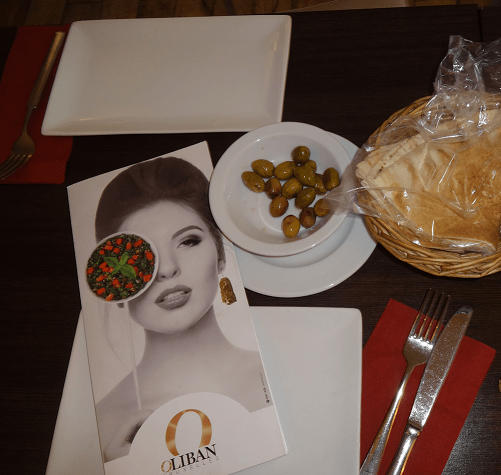 The restaurant does take-away too (there is always a long queue) and is open seven days a week, from 10:30 am to 11:30 pm, so that is definitely a plus. We have also witnessed some belly dancing in one of our earlier visits. (I think they have it on Saturday evenings.) It is always a good idea to book in advance, though; they have accommodated us even without one on two separate occasions. Be sure to carry cash, the restaurant does not accept cards, unfortunately.

If you are in the mood for some Lebanese cuisine, this is the place to go in Brussels…bang for your buck, fresh flavoursome food, good customer service and for families with kids, they are kind to toddlers and children!

Tempted by this review? Book a table at O Liban online now.

Monika
Monika Lamba Saini is an Indian expat, in Brussels, with her husband and an amiable, energetic toddler. Trained as a doctor and specialised as a pathologist, cancer research brought her to Brussels. When she is not working on molecular profiling of different types of thyroid carcinomas, she likes to cook, read and listen to music. Her favourite part of the day is definitely the time spent with the family. She is the author, co-author and peer reviewer of many national and international scientific publications. She is an avid foodie, loves to travel, explore new places, new cultures and also loves to write about them!
Latest posts by Monika (see all)
Pin10
Share39
Tweet
Flip
Email