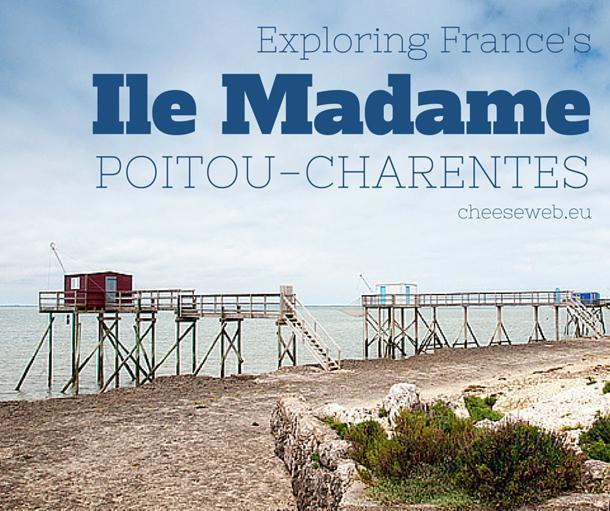 Lying just off the coast in Poitou-Charentes is Ile Madame, a small island packed with history, charm, and… oysters!

Ile Madame, near La Rochelle, is and is not an island. It all depends on the tide. Sitting in the centre of the Charente Estuary, low tide exposes a natural causeway which can be crossed by car, foot, bicycle, horse, etc. But at high tide, the causeway disappears and Ile Madame becomes a true island.

This dependence on the tide is why we found ourselves arriving at the foot of the causeway, called the Passe aux Boeufs (from a time when cattle would be left to graze on the island) at exactly 8:45am: the moment of the lowest tide. We had until 2pm, when the incoming tide would cover the pass again and we would be stuck until the next low tide. 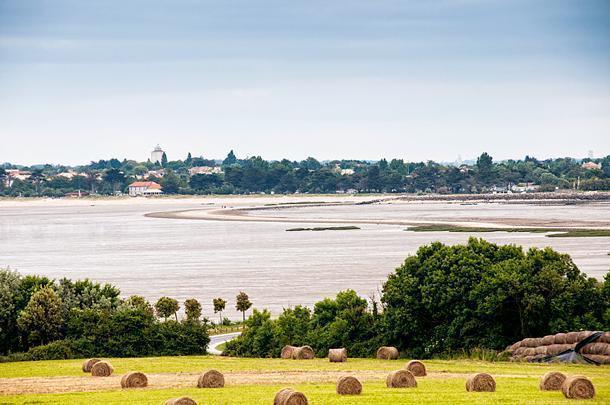 The Passe aux Boeufs is a naturally occurring causeway

The causeway is about one kilometre long and is a natural buildup of rocks and sand. Our guides informed us, the causeway can shift in major storms but it is not maintained by humans. Although the surface is bumpy, the ground under the causeway is so tightly packed, cars, and even motorhomes, can cross without an issue. Amazing!

Ile Madame itself is tiny, measuring only 75 hectares. Walking the periphery of the island is only a matter of an hour or so. However, its position in the middle of the Charente Estuary gives the island a special natural environment. Here, the fresh water of the Charente mixes with the salt water, creating a ‘softer’ water (termed ‘brackish’ where I grew up).

The waters around the island are home to a diverse population of fish, shellfish, algae, and other marine life. The salt marshes and higher grounds also provide space for a wide variety of birds and plants. If you are a bird watcher or any kind of nature lover, walking around the island is a pleasure. 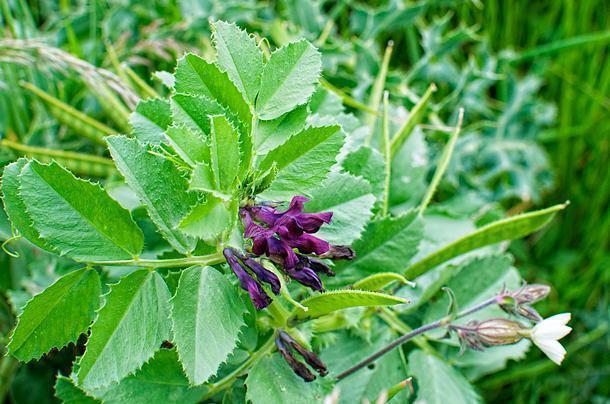 Rare species of birds and plants abound on Ile Madame

The island’s softer water also turns out to be perfect for raising oysters. All around the island are oyster beds, harvested by the oyster farm — the only farm — located on the island. The island also benefits from a special algae, called the navicule bleu, which results in an oyster with a green tinge. If you want to taste the oysters, the farm includes a welcome centre where you can order as many as you want. I’ll have a couple dozen, please! 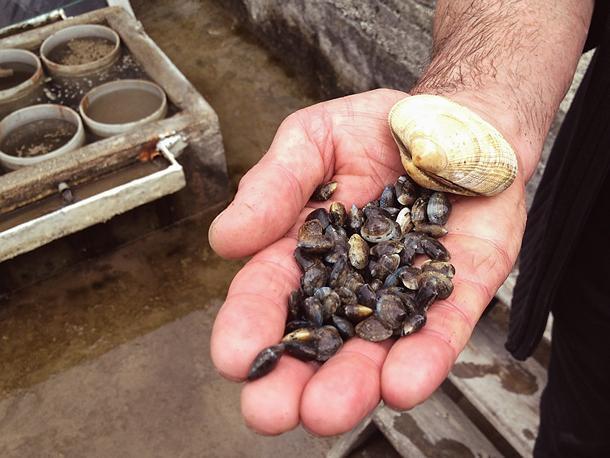 The oyster farm produces a variety of shellfish on Ile Madame

Ile Madame’s position, in the heart of the estuary, was also of strategic military importance.

In 1666, the nearby port of Rochefort, only a village in the middle ages, was decreed the new seat of the French Navy. Seeking to build a stronger navy, Louis XIV appointed Colbert de Terron the task of finding a suitable location. Surrounded by marshes and accessible only by following the winding Charente River, Colbert selected Rochefort, because of its strong natural defences. Faced with a Dutch attack on Rochefort in 1674, Colbert ordered a series of defences to be built along the banks of the river and the estuary. Thus began the construction of an impressive collection of forts, including one on Ile Madame. 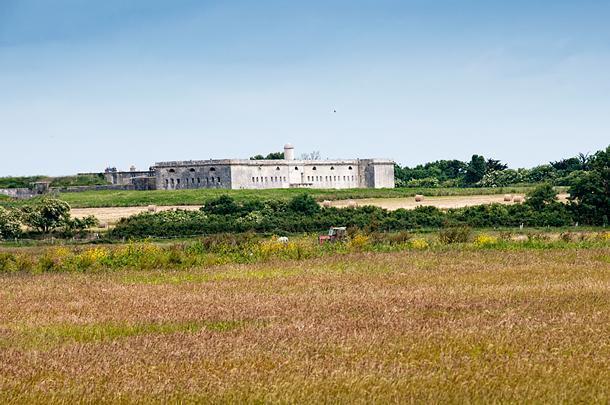 The fort on Ile Madame is one of its most prominent man-made features. The main fortification (the redoubt) was built in 1704. From that point until the First World War, the fort underwent numerous upgrades and improvements in line with the evolution of artillery. This included additions such as a larger housing block, casemates built near the gun positions, storage for black powder (magazine), and upgrades to the existing defences. 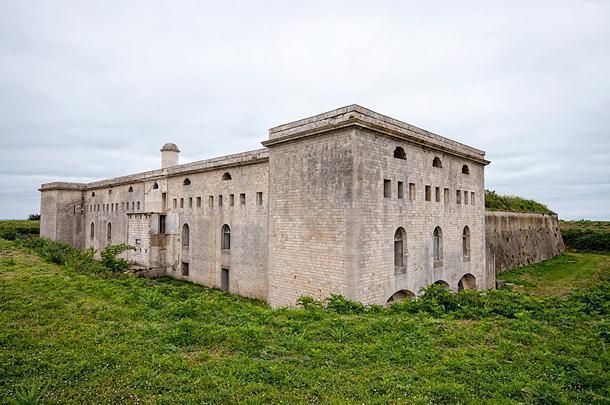 The fort has served a variety of purposes over the years.

The fort was also used for various other roles in history, including the imprisonment of Parisian rioters in 1871 and holding deserters from the First World War. By the end of the Second World War, the fort was no longer needed for defence so, in a bizarre twist, the French army turned the fort into a holiday resort for military families. They partitioned the large, open barracks into rooms with toilets, installed windows, built a restaurant on top of the barracks, and added other comforts. Photos of the fort in this epoch seem surreal. 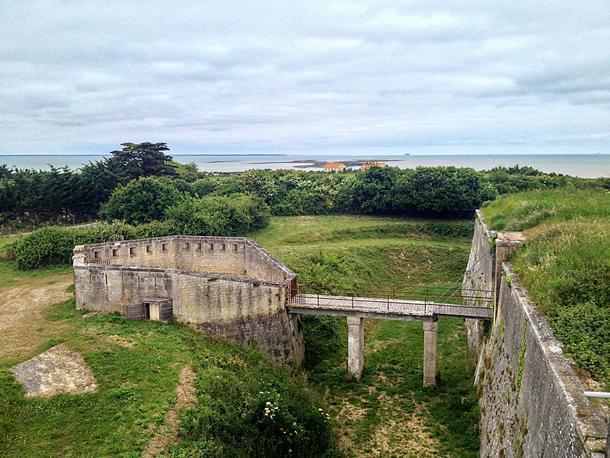 We’re not sure we would want to holiday here, but a day-time visit is fascinating

In the 1980s, the army sold the fort to a private individual. Despite plans to build an island resort, the idea never came to fruition. In fact the owner lived in the officer’s quarters in the fort up until a few years ago. 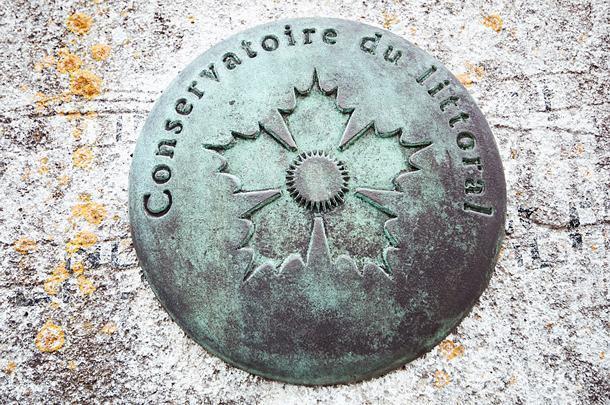 The Conservatoire du Littoral maintains the fort these days 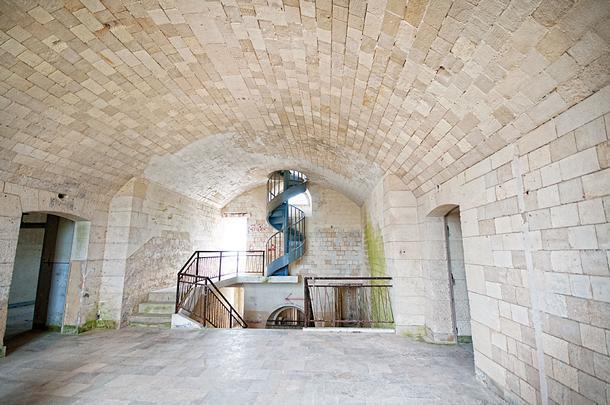 Although the Ile Madame fort is owned by the Conservatoire du Littoral, the responsibility for explaining the fort’s history and the island’s ecosystem lies with the local Écomusée de Port des Barques. The staff of the Écomusée works year-round with schools and other groups who want to visit the island. They also run a program of guided visits to the fort, from June to September, with timings dependent on the tides.

Ile Madame hosts many surprises, a rich history, and a vibrant natural environment. I was, and still am, a bit surprised the causeway is still used by motor vehicles. I was even more surprised to find a campground, owned by the farm, with motorhomes parked in it. Although it was interesting driving across the causeway, I would not want to do it in a motorhome. Things in our motorhome rattle and shake enough on paved roads! With such limited space on the island, it would make sense to find a way to eliminate as much vehicle traffic as possible. Maybe that will come. 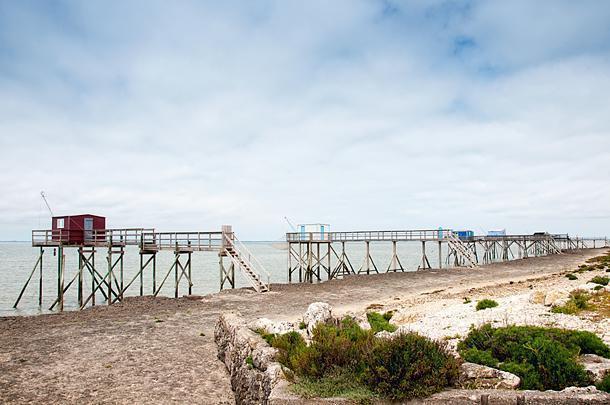 A visit to Ile Madame is well worth the time. Take a day (depending on weather and tides) and walk the coast line, visit the fort, and taste some oysters. With that agenda, you don’t even have to pack a lunch. Just make sure you get off the island before the next high tide or you might have to eat another plate of oysters. Hrm… maybe that’s not such a bad idea after all!

We’d like to thank our guide from the Écomusée de Port des Barques for a lovely visit, and the Région Poitou-Charentes Tourism office for hosting us in the area. As always, all opinions are our own.

Andrew
Andrew is our resident tech-geek and is normally found lurking behind the scenes on CheeseWeb doing things with code that Alison finds mysterious. He comes out of hiding occasionally to write about history and technology. He loves castles, driving on narrow, twisty mountain roads and relaxing with a glass of peaty Scotch. Follow Andrew on Google+
Latest posts by Andrew (see all)
Pin2
Share27
Tweet3
Flip
Email