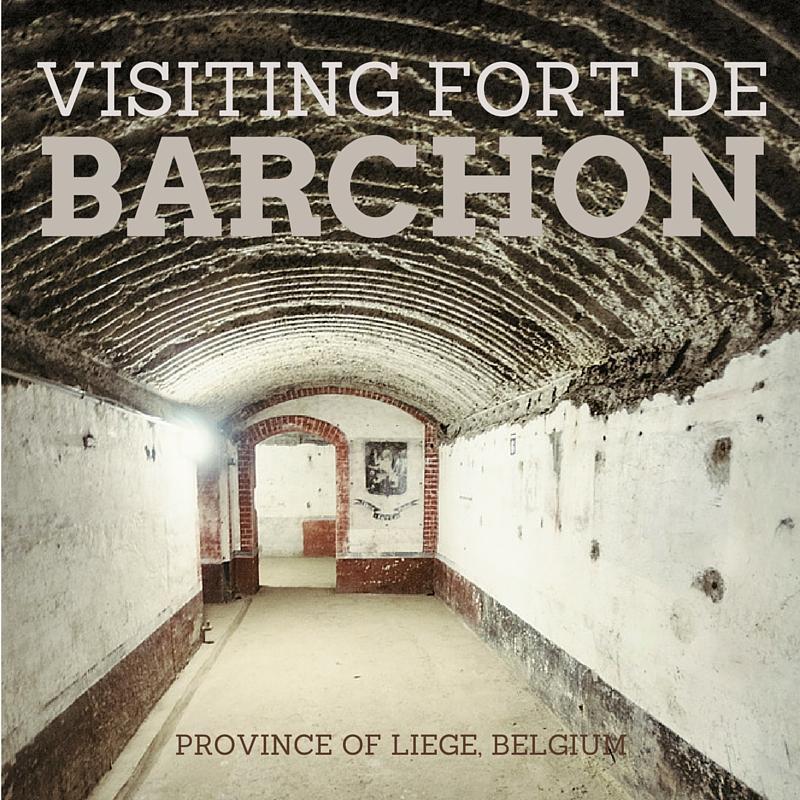 This entry is part 8 of 10 in the series Memorial Tourism.
THIS POST MAY CONTAIN COMPENSATED LINKS. FIND MORE INFO IN MY DISCLAIMER.

The Fort de Barchon, in Liège, Belgium, survived both world wars and is a twin of the Fort de Loncin. We visited this memorial site in Liege, to learn more about its history and construction.

Visiting the ruins of Fort de Loncin was remarkable. Because it has remained untouched, since its destruction, it is a powerful tribute to the men who lost their lives. However, one of my (many) faults is my need to understand things. I wanted to know how Loncin was built and experience, for myself, how it felt to walk through that concrete bunker.

Fort de Barchon, to the north-east of Liège, is an almost exact copy of Fort de Loncin and it survived the war largely intact. I read about Barchon, and many of the other forts, in a brochure from the Province of Liège Tourism board. Barchon intrigued me because it is a twin of Loncin and both the Germans (1915 – 17) and the Belgians (early 1930s) had renovated it.

Problems with the Liège Forts

In August 1914, the forts around Liège and Namur fought a valiant battle, delaying the German army’s advance and providing the British and French precious time to take up positions. However, as Fort de Loncin demonstrates, there were several major design flaws with the architecture of the forts.

Renovating the Forts of Liège

After the forts were captured, the Germans addressed a number of these flaws. In 1915, German engineers started to clean up and modernize some of the forts, to defend Germany against an Allied invasion.

The engineers reinforced the ceilings, dug tunnels to bring in fresh air, installed electric fans to pull air into the fort, replaced the steam engines with diesel engines, and moved the toilets and kitchen inside the main bunker.

Despite these preparations, the Germans never used the forts for defence and, after the war, the Belgian Army returned. It wasn’t until the early 1930s, as Europe slid closer to another war, Belgium again started modernizing some of the forts, including Barchon.

Diagram of the Liege Forts in the Barchon museum

After the war, the Belgian army reviewed the surrenders of each fort around Liège. They concluded the main reason for surrender was the lack of fresh air. The noxious fumes from the guns and the improvised latrines resulted in unbearable living conditions that heavily impacted morale.

During our tour of Fort de Barchon, it was easy to see the different stages of modernization. In fact, if you don’t pay attention, you will probably bang your head!

The only practical way to strengthen the roofs of the tunnels and rooms was to apply new concrete and steel reinforcements to the interior. This dropped the ceilings so low the corridors feel confined, and many of the doorways are less than four feet high! It’s a stark contrast to the lofty corridors and rooms at Loncin.

Mind your head! The Ceilings and doorways are low.

To improve air quality, the Belgian army built air towers, which provided both fresh air and an observation point. Our guide showed us where the ventilation tunnels entered the fort and where the diesel generators were installed.

To help reduce the fumes, he explained, the guns were upgraded to use an explosive charge that created less smoke. He also showed us the toilets, moved into the central massif by the Germans and modernized by the Belgians in the 1930s.

We then proceeded to the powder magazine that exploded at Loncin. Sitting beneath an infantry exit door, on the roof of the fort, the magazine was not buried far enough to offer sufficient protection. In the 1930s, a new gallery was dug beneath the central massif, the ammunition storage moved, and the old magazine converted into the command post.

Today, the room may look empty, but the walls contain period graffiti, such as an airplane, a Roman legionnaire, and a ship. It is an interesting glimpse of the soldier’s world.

A model of the Fort de Barchon

Next, we ascended into the assembly hall. This is where the majority of the men died at Fort de Loncin when the ceiling collapsed after the explosion. Our guide explained, at Barchon (and other forts renovated in the 1930s) the assembly hall was deemed unsafe, so it was closed off. Large piles of dirt, from the excavations beneath the fort, were placed in the hall to help stabilize the structure when under bombardment.

I couldn’t help but think about Loncin. The halls were identical, but the explosion at Loncin turned this room into a grave. I can’t imagine how loud and claustrophobic it must have been when under fire. Nor is it possible to imagine the massive concrete ceiling collapsing. I could only hope the death of the soldiers at Loncin was a quick one.

Leaving the hall, we entered one of Barchon’s larger gun emplacements. The gun and metal works are gone, having been sold as scrap-metal sometime after the Second World War. Now, the gap in the roof delivers a vertical shaft of light into an otherwise underground world. With the clouds drifting past above us, we could see nature starting to creep back in and take hold.

We ended our tour by walking out onto the roof via one of the former infantry exits. Again, nature has dug in and taken over. It felt like we were walking through a park.  There is so little of the fort visible to remind us of the concrete behemoth below our feet or the battles fought around us.

Barchon from above – nature is reclaiming her space

Today, like other forts, the current owners have repurposed the exterior. In the case of Barchon, the site now features an adventure park, complete with zip lines. The history and the current use makes for quite a contrast!

Fort de Barchon is a great example of how the forts of Liège were adapted based on the lessons of the First World War. Barchon fought again, in May 1940, tying up German forces for over a week. Visiting the fort helped me understand Loncin, but better yet, it demonstrated how thinking had evolved between the wars.

Returning to the car, our Province of Liege Tourism host asked, why this fort, or any of the forts, interested me. My answer is hard to put into words. Of course, the history interests me, especially the evolution of artillery and how fortifications changed from walled forts to bunkers. But visiting a site like Loncin or Barchon is more about feeling and emotion. Dates and names don’t make anyone feel anything; they are distant and clinical.

The thick walls are gradually being covered in greenery

Standing inside Barchon, listening to the echoes of our feet, hearing the stories shared by our guide, I feel the history. I can empathize. I can let myself become overwhelmed by things I can’t even begin to fully appreciate: the noise, the chaos, the tragedy, the camaraderie, the fear, the sadness, the joy. All these contrasts are rolled into one place and one moment.

These places and their stories humble me. They make me realize I am a privileged person. I have never had to fight a war or defend my country. But my life could not be what it is, without the sacrifices of many people, including the Belgians who manned these forts and my brother, currently serving in the Canadian Armed Forces.

So, in a way, visiting these forts is a type of pilgrimage; a way for me to silently remember and thank those who have fought so I could have this life.

Finally, these forts are almost the last remnants of an age of fortifications. For millennia, people have built strongholds, castles, walls, and fortifications, to protect themselves. But the Second World War’s mechanization increased destructive power, and airborne capabilities meant large, static fortifications have become irrelevant. Therefore, I feel it is important to visit these sites before they’ve decayed further and the stories disappear.

Obviously, not everyone shares my perspective. Nonetheless, visiting any of the Liège forts is a worthwhile day trip, if only to learn more about the events or the people.

Have you visited Fort de Barchon or one of the other Forts of Liège? Please share your experience in the comments below or send me a note via our contact page. I’d love to know what you recommend and why.

Tours of Fort de Barchon are offered on the 2nd Sunday of each month, from April to November and costs €4 per adult, €2 for children (8-12 years). Note: tours are typically offered in French, Flemish, and German. Please contact the organizer ahead of your visit to check if English is possible.

To discover more forts or sites to visit, check out the online Memorial Tourism brochure created by Province of Liège Tourism.

For further reading, I recommend the following books: 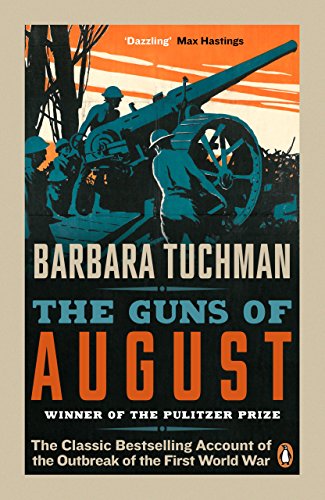 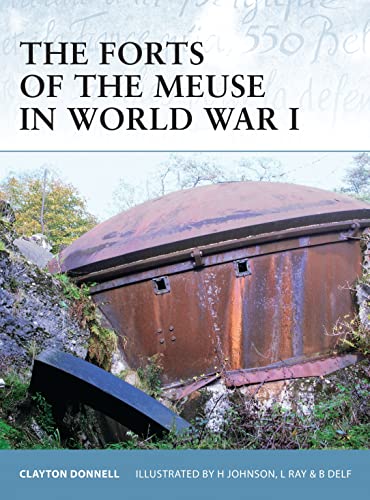 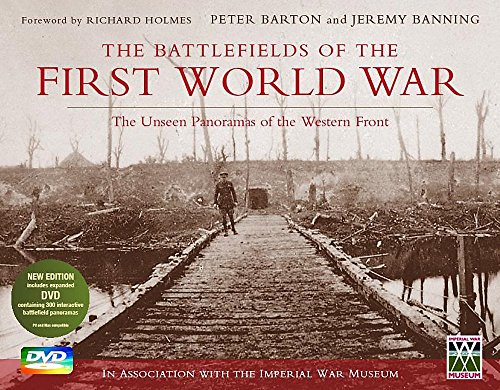 The Battlefields of the First World War
Price: $65.92

We’d like to extend our thanks to the Province of Liege Tourism for inviting us to tour the Fort de Barchon at our request. All opinions are, as always, our own.

Andrew
Andrew is our resident tech-geek and is normally found lurking behind the scenes on CheeseWeb doing things with code that Alison finds mysterious. He comes out of hiding occasionally to write about history and technology. He loves castles, driving on narrow, twisty mountain roads and relaxing with a glass of peaty Scotch. Follow Andrew on Google+
Latest posts by Andrew (see all)
Pin227
Share18
Tweet
Flip
Email
Read more from this series...
Series: Memorial Tourism