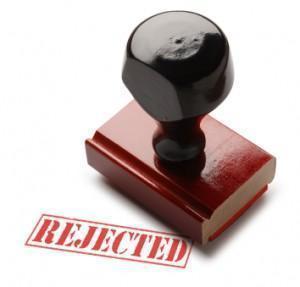 Getting Belgian Nationality – the Continuing Saga

This entry is part 2 of 3 in the series Belgian Citizenship.
THIS POST MAY CONTAIN COMPENSATED LINKS. FIND MORE INFO IN MY DISCLAIMER.

Will we be rejected by Belgium forever?

You may remember, late last year, Andrew and I applied for Belgian citizenship. It has been a Kafkaesque saga. Today we update you on where we stand, seven months after we submitted our paperwork.

When last we left our paperwork saga, we had just been informed our birth certificates, which we had newly notarized when we first arrived in Belgium, were “too old,” and we would need new notarized copies. Rather than debating how the information on even an “old” birth certificate could change, we dutifully went through the process of getting new ones.

As any expat who’s been part of the paper-chase knows, this is a complicated and expensive process. We each applied on-line for new copies from our home provinces in Canada and had them mailed to Andrew’s super-star sister, in Halifax. She in turn, packaged them up and mailed them to be notarized and then shipped them back to us.

The whole process took several weeks, bringing us ever closer to our Christmas holiday departure date. We were desperate to submit our applications before the new year, in case the laws changed, requiring an even longer wait before becoming citizens.

Luckily they arrived, days before we were set to be on a plane to Canada. We rushed to the commune and, after once again being warned that we would probably be rejected, submitted our applications for Belgian citizenship.

And then we waited.

And fielded many questions about how our application for citizenship was coming along, with shrugs.

Two days before we were set to leave on our Hong Kong trip, a letter from the commune arrived for Andrew. It was thin and didn’t look very promising.

He opened it, before we even got upstairs.

“Well, I’ve been rejected; Time for the next attempt.”

It certainly wasn’t a surprise. We had been told time and time again we would likely be rejected, so we had already researched the next step.

More paperwork… does it ever end?

Andrew drafted a letter of appeal which he dutifully submitted to the commune as soon as we returned from Hong Kong. There was still no word at all on my application.

“Wouldn’t it be the ultimate irony if my application was accepted,” I joked. “Here you have been a contributing member of Belgian society for 8 years, and I’ve just been a trailing spouse writing a blog.”

“They should give you honorary citizenship anyway,” he replied, “for all the promotion of Belgium you do for them.”

It would be too much to hope that someone at my commune is a CheeseWeb fan.

A few weeks later, a letter finally arrived for me. It was one page, simply stating my nationality status had changed. I would be contacted soon with details of how to get my Belgian ID card.

I reread the French several times to make sure I had it right. Silently, I handed the letter to Andrew.

In theory, I was officially half Belgian, but until I had the ID card to show for it, I wasn’t ready to accept it. So I continued to wait.

On the 16th of May, we were leaving our flat to meet videographer extraordinaire, Jon, for lunch. Andrew happened to glance through the stack of mail by the door, as we were leaving.

“There’s a letter from the commune for you.”

I said, essentially, ‘to obtain your Belgian ID card, your must present yourself at the commune with a photo and 20€ within three days. The office is open until 12:30.’

Within three days?! But we’re leaving for Italy tomorrow! What is it with these letters arriving just as we are leaving the country?!

It was almost 12. I had half an hour to meet Jon and get to the commune. Luckily we had some spare ID photos and cash on hand.

We practically ran to Arts-Loi, where we grabbed Jon and hustled him onto the metro. We breathlessly explained the saga and appologised for dragging him along.

I arrived at the Nationality window, gasping for breath, with minutes to spare.

The woman behind the glass pleasantly took my money and photo and told me the card would be ready in 15 days. I would receive a letter to come and pick it up.

Um, that’s it? Why did I need to be here within three days…?

On June 3rd, I returned to the same window, where the same woman unceremoniously handed me my new Belgian ID.

It was finally official. I have Belgian nationality. I am a citizen of the EU. This is a big freaking deal.

But wait… Where were the balloons? The fireworks? Nobody played the national anthem. Hell, no one at the commune even congratulated me. Shouldn’t the king himself come and shake my hand? Didn’t they know what I had been through to get this little piece of plastic?

As we walked home, the jokes started. Andrew dutifully informed me I would now be required to cut in front of people in line and drive like a maniac. He complained about my country’s weather and political system.

“You know you’re going to have to be very nice to me now,” I said to Andrew. “After all, you’re an immigrant in my country.”

Will Andrew ever get to join me in my half Belgian-ness? Stay tuned for the continuing saga…

Alison Cornford-Matheson
Alison Cornford-Matheson is a Canadian travel writer, author, and photographer. She is the founder of Cheeseweb.eu, a website dedicated to slow and sustainable travel, off-the-beaten-path destinations, and cultural awareness through travel. She and her husband, Andrew, are the founders of RockFort Media, committed to helping entrepreneurs tell their stories online. Alison has visited over 45 countries and, after living in Belgium for 11 years, now lives full-time in a Bigfoot motorhome named Yeti with Andrew and their well-travelled cat.
Latest posts by Alison Cornford-Matheson (see all)
Pin1
Share51
Tweet9
Flip
Email
Read more from this series...
Series: Belgian Citizenship