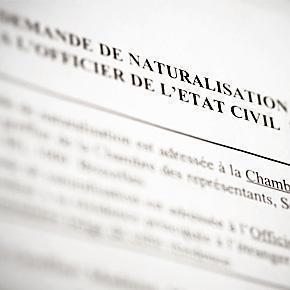 This entry is part 1 of 3 in the series Belgian Citizenship.
THIS POST MAY CONTAIN COMPENSATED LINKS. FIND MORE INFO IN MY DISCLAIMER.

Paperwork… was this five page application form even necessary?

Andrew and I just dove headlong back into the Kafkaesque world of Belgian bureaucracy. We are applying for Belgian citizenship. Eventually, we may even succeed, but not today.

It’s been a few years since Andrew and I have had to deal with Belgian paperwork. I’m told mothers quickly forget the pain of childbirth. I’m convinced expats have similar amnesia when it comes to bureaucracy.

In fact, as long-term expats, we can easily spot newcomers. They’re the ones railing on about inefficiencies in the Belgian system and ranting about how this would never happen in their home country. Complaining about things like how complicated the tax forms are compared to back home. [the_ad id=”11093″]

They can’t understand why those of us here for more than a few years just shrug nonchalantly and say, “That’s Belgium.” We know there’s no use getting worked up, expecting things to make sense, or assuming the requirements will not vary from day to day, commune to commune. We know that eventually, the planets will align, sacrifices will have been made to the appropriate deities and the last piece of the puzzle will fall into place. Eventually.

We often joke that a visit to a Belgian commune is like a scavenger hunt. You are only ever given one clue at a time. Bit by bit, you follow the trail of breadcrumbs, completing tasks, as they are set before you, to achieve your goal. Eventually.

The few friends we’ve told, about our plan to become citizens, all respond with the same question– Why?

There are many reasons for embarking on this journey, not the least of which being we actually love it here. As much as we long to travel the world, we want the freedom to return here whenever we like, without being tied to a particular job or company. We will, of course, maintain our Canadian citizenship, but with Belgian nationality, we will be free to travel throughout Europe without restrictions, an appealing prospect to the travel-obsessed.

So, with paperwork in hand, we headed off to the commune, for our first clue. We gladly bypassed the endless line at the office of ‘étrangers,’ and headed to the office of ‘births, deaths, divorces and nationality.’

“Ah,” said the young woman behind the counter. “First you must go to another office and have your Identity Card verified. Then you can either return here and we can submit the paperwork, for €7.50, or you can take it to the Citizenship office yourself.”

Being the economical folk we are, we told her we could take it there ourselves. After all, it was just across the street. But first, we had to verify our ID cards.

The process was surprisingly quick (after a brief stop at the wrong window) and €30 later we were clutching notarized copies of our ID cards and proof of residency. We now had every item listed in our carefully filled out application for Belgian nationality.

We walked down the street and into one of the imposing Belgian parliament buildings. As we stepped inside, we spotted a sign. What’s this? An arrow clearly pointing the way for ‘Nationality?’ A clue! 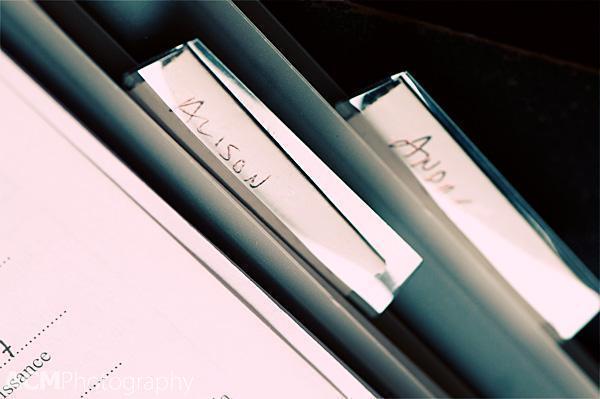 We took a number and shortly thereafter found ourselves in front of our third Belgian government worker of the day. He carefully paged through our documents. Stopping at Andrew’s birth certificate, he frowned. “This needs to be translated by an official translator,” he said. It was the same one we used to gain residence to the country, but no matter. We expected some setbacks.

My birth certificate, from my bi-lingual home province, was acceptable. “I can start processing your application right away, Madame.” Perfect! We were most concerned about my application anyway. New laws will come into effect next year, making it more difficult for trailing spouses to gain nationality. No one yet knows exactly what this will mean, but we wanted to avoid any more hurdles than necessary.

While my mental celebration was taking place, he continued “So the process takes anywhere from two to four years, but these days it’s taking closer to four.”

Hang on a second did he just say years?! We were told the process should take a few months.

Andrew very politely, but with the slightest tremor of panic leaking into his voice, stated we had lived here seven years already.

“Oh, well then, you should apply through your commune. The process there takes only four months. It’s much better for you,” he smiled.

“Yes well, you see,” replied Andrew, “they sent us here.”

“Well now, why would they do that?” he asked. Why indeed?

And so, fifteen minutes later, we found ourselves back at square one, explaining to the first young woman, that we had in fact lived in Belgium for seven years and would like to apply for citizenship the short way.

She took our ID cards and headed over to her computer, where she clacked away for several minutes. Then she frowned. More clacking and frowning occurred until she headed over to speak with one of her colleagues. We recognised the signs. This wasn’t going to be good. She headed back over to us.

“First we will discuss, Monsieur,” she said. “Everything is ok, except there is a month when you did not have a residence card. They can refuse nationality for this.”

“Ah but there is an explanation for that,” Andrew said confidently. “You see, we were on vacation in Canada for a month. Before we left, I went to my commune to have my card renewed and they said I had to wait until it expired. So I renewed it when we came back.”

“Yes I see,” she said. “But even so, they can still refuse it.” Then she turned to me. “And for you, there is no pause, but you didn’t have your residence card until 2006, so you can’t apply until next year.”

My exterior remained calm but my internal monologue was screaming “Um, I’m sorry what?! I’ve been here as long as he has. And if I wait until next year…”

“And actually if you wait until next year,” she continued my thought process, “it may be more difficult because there are new rules. But none of us know for sure what they will be.”

“You may have to be here ten years instead of seven,” her colleague jumped into the fray to assist.

I tossed an ‘I told you so’ look in my eternally optimistic husband’s direction. He wasn’t looking so optimistic now.

“Well we can start the process anyway,” the young woman said helpfully, as she took our notarised ID card copies. Then she picked up our birth certificates and frowned.

“Yes, we needed them when we first moved here,” Andrew replied calmly.

“They are far too old. You need new copies. Translated. And notarised.”

Of course we do.

And so, we returned home, with all of the paperwork we had carefully gathered over the past few weeks: the five page application we had filled out in French, which was unnecessary to apply for citizenship through the commune, the too old birth certificates and our newly certified ID card copies. At least we completed one step in the process. 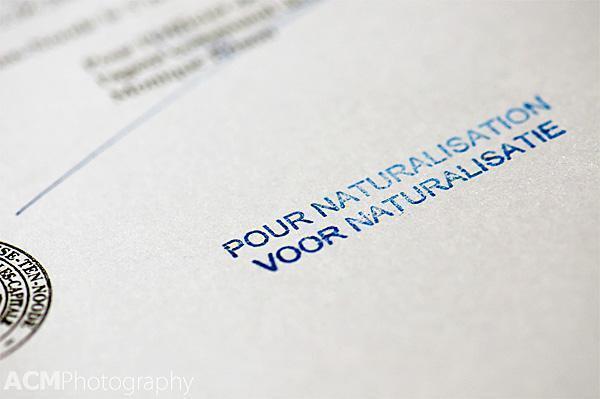 Well, at least we got one piece of paperwork completed…

The saga will continue – eventually. Over the coming months (or possibly years) we’ll update you on our process.

Belgian officials, if you’re reading this: we really love it here and we’d like to become citizens. Could you please give us the next clue?