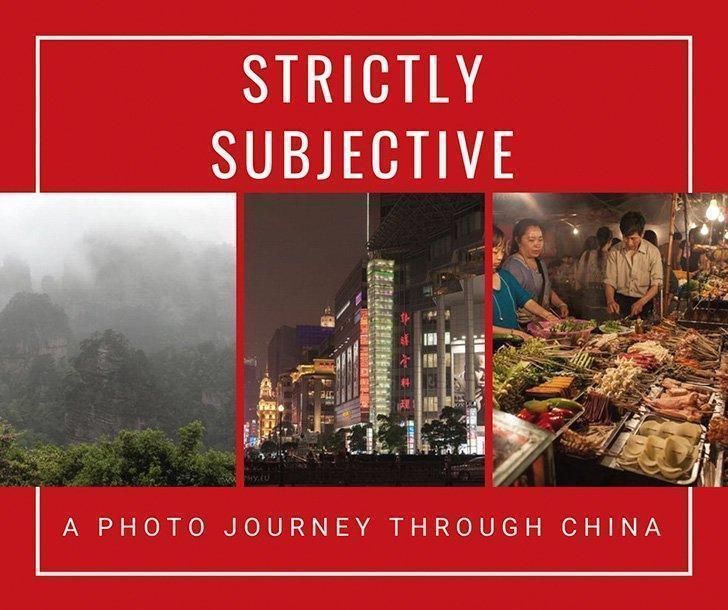 China – mysterious, intimidating, overwhelming. It’s a country I’m fascinated by and also terrified to visit. That’s why today we are thrilled to have this beautiful guest post by Vi Proskurovska, a Latvian expat in Brussels.

This was Vi’s first visit beyond the great firewall of China, and she expresses her mixed emotions at the assault on her senses brilliantly, through her words and photos. We hope you enjoy it as much as we did.

Imagine a vast open space around you.

Then, imagine over a billion people filling that space. These people, they all shout incomprehensibly with different pitches and intonations, they elbow you, they touch you to ask you to buy a good or a service from them. They cough up and spit from the bottom of their hearts. They smell of sweat and more. They throw waste directly on the floor (on the street, in a train station, inside the bus, in a restaurant, etc.). They push you around to get in front of you, often without a specific reason and rendering no apology.

Imagine skyscrapers and high-end fashion stores. Imagine mules pulling the plough and a man in a round straw hat behind it. Imagine green mountains and tea plantations. Imagine small villages and rice terraces. Imagine cities of tens of millions of inhabitants equipped with excellent roads, train connections and cheating taxi drivers.

Imagine the effects of the excessive industrial production (serving the entire world) without sufficient environmental protection, leading to smog and fog everywhere you go.

Imagine thousands of kilometres of a massive stone wall to fence at least part of the country from its enemies. Imagine catching your breath as you walk along that wall, seeing it snaking into the distance, towards the sky.

Imagine an enormous underground army of terracotta soldiers, constructed over two thousand years ago, by people who were killed afterwards for the sole purpose of keeping the entire affair a secret. Imagine that today archaeological works are still ongoing, every day.

Imagine standing at an elevated position on a mountain range, and watching patches of fog shifting across the valley, occasionally revealing stone riffs of mountains en face.

Imagine high-pitch slow-paced singing in every second restaurant. Imagine local cuisine being based on cooking anything that moves, and eating that with a lot of spices at every meal of the day. Imagine eating rice or noodles every morning. Imagine decapitation of a live fish being performed right before your very eyes on a market street. Imagine the smell of meat that makes you want to throw up. Imagine tomato served with sugar, because tomato is, in fact, a fruit. Imagine chicken (or fish) being served chopped into small pieces, together with bones.

Imagine having to pay for your meal directly after having ordered, but not getting the main course.

Imagine people who invented silk production, trying to sell fake silk to you.

Imagine that in the most populous country of the world there is a one-child policy, and yet human rights are not respected, and the value of a life is negligible.

Imagine a shower being installed in the same cabin as the Turkish toilet. Imagine having to brush your teeth in the morning over a sink partially filled with someone else’s vomit.

Imagine being caught in the middle of your trip without any cash, and ATMs unwilling to cooperate.

Imagine the experience of the metro being comparable to a digestive system of a dragon: sucking you in, mashing you around, and spitting you out.

Imagine that you have to explain to a non-English speaking receptionist how to use the credit card (POS) machine to pay for your stay at their hotel.

Imagine the frustration of not being able to speak or read/write the local language while the taxi driver is unable to speak/read your language.

Imagine that a string of taxi drivers refuse to drive you anywhere because they are ‘out of time.’  Imagine that the taxi driver agrees to drive you where you asked, but then leaves you in a different place, and makes you pay for the extra service you did not ask for.

Imagine travelling for 19 hours in a train and not crossing even 1/5th of the diagonal of the country. Imagine having your passport number being printed on every train ticket you buy.

Imagine that satellite town of a megapolis actually being a home for 4 million people.

Imagine being ripped off for every purchase you make simply because (a) you have a Caucasian face, and (b) you feel uncomfortable to bargain hard.

Imagine that the best coffee is served at the top of a mountain by a local.

All of this is China.

(You may open your eyes now).

Viktorija
Viktorija Proskurovska is all about finding new ways of showing the beauty of
people, places and things that surround her through photography. Her passion
started in late 2000, when she took off from her homeland of Latvia to Denmark
and then to Belgium. Living abroad, where everything is new and different from
home, set in a new and everlasting wave of inspiration and attentiveness to the
world around her and freedom of visual expression. Outside her passion, she is a
full-time economist, a keen walker and a true gourmand for good wine and good
cuisine.
Latest posts by Viktorija (see all)
Pin116
Share58
Tweet4
Flip
Email