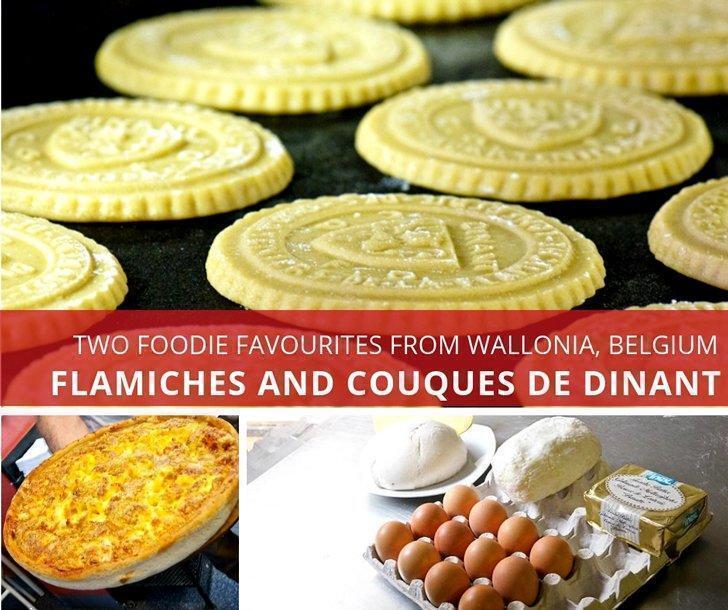 This entry is part 4 of 7 in the series Eat Wallonia.
THIS POST MAY CONTAIN COMPENSATED LINKS. FIND MORE INFO IN MY DISCLAIMER.

As foodies in Belgium know, there’s much more to the country’s cuisine than chocolate and waffles. Each region has its local specialties, and the Walloon city of Dinant is no exception. A super-rich tart called Flamiche and super-hard cookies called Couques de Dinant are two local favourites you should try.

It may look like nothing more than a giant quiche, but Dinant’s Flamiche is a legendary Walloon treat you need to taste to believe.

Many years ago, so the story goes, a farmer’s wife was taking some goods to market. As she hurried on her way, she tripped and fell on top of her produce. When she dusted herself off, she discovered her eggs, butter, and cheese were all mixed together. Desperate, she rushed to her friend’s house.  Conveniently, the friend happened to be making bread dough. The ladies put their heads, and ingredients, together and came up with the first Flamiche.

While the legend may be a bit embellished, the ingredients list is not. A true, Dinant Flamiche only contains butter, cheese, and 13 large eggs, baked in dough, with a hearty shake of salt and pepper. It’s not exactly health food (but nothing this good ever is). 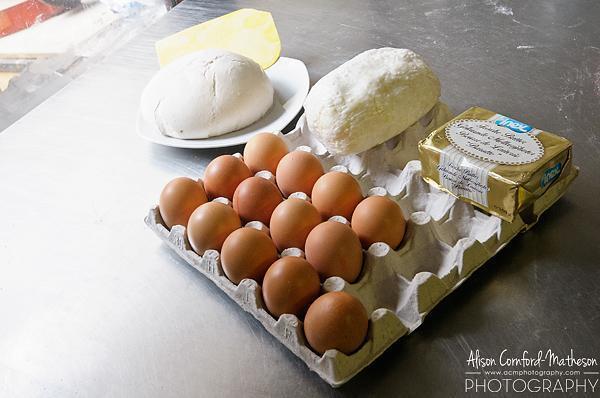 The only ingredients for Flamiche: 13 eggs, butter, cheese, and dough.

One small slice of this decadent tart was enough to have me groaning (with pleasure I assure you), but each year, in September, Dinant hosts a Flamiche eating contest. The last winner packed away one and a half entire Flamiches. I wouldn’t want to jog off those calories!

The Flamiche is so important to Dinant’s culture; it even has its own brotherhood. The Royale Confrérie des Quarteniers de la Flamiche Dinantaise (CQFD) was founded in 1956 to ‘make known the specialties and charms of the Dinant region together with the regional culinary traditions.’ Now that’s a mandate we can support! 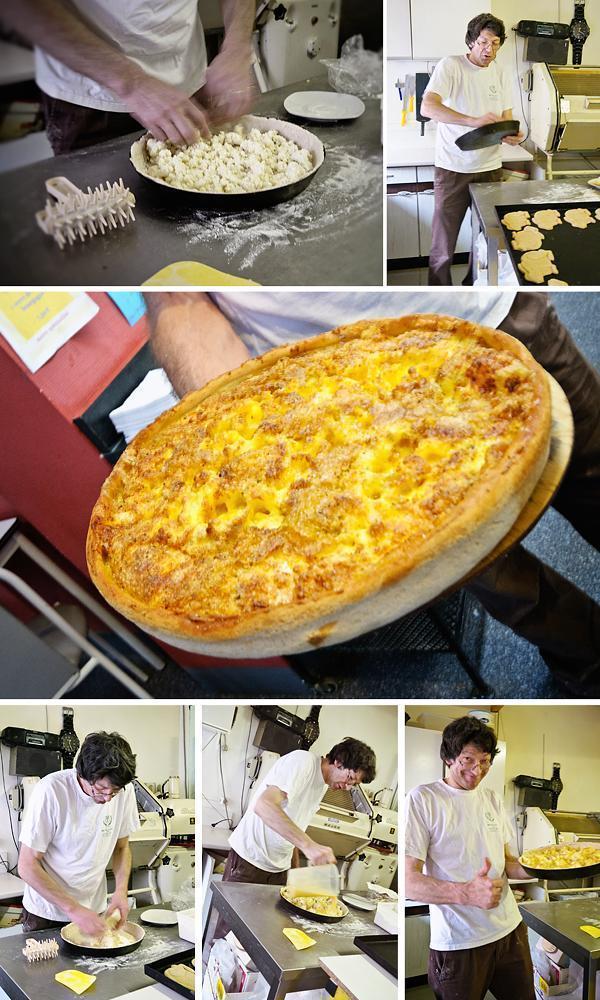 The making of Flamiche with the finished product in the centre. Yum!

The recipe may sound simple, but there are only a few places in Dinant you can taste this regional treat. The bakery of V. Collard (also known as Maison Collard) is one such place. Flamiche is only made here a few days a week, and they are so popular, they sell out quickly. 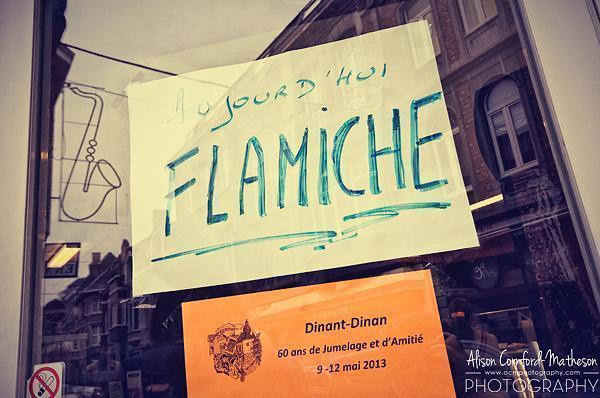 Today is the day for Flamiche!

This artisanal bakery has been in business for seven generations, but it’s not actually the Flamiche that makes them famous. Maison Collard’s claim to fame is a cookie so hard they have to print a warning on it.

During the great siege of 1466, the people of Dinant were starving and had only two things at their disposal: flour and honey. They made these into a dough and baked it. Later, they began to stamp patterns into the hard dough, with brassware found in their kitchens.

In reality, there is little historical evidence to support the existence of the couque before the 18th century. Throughout the period, couques were decorated with depictions of important historic events.

Although the tough dough is no longer kneaded by hand, the cookies are still pressed into hand-carved pear wood moulds. Popular shapes include animals, fruits, and scenes of Dinant. Nowadays, sugar and spices are also frequently added to the mix. 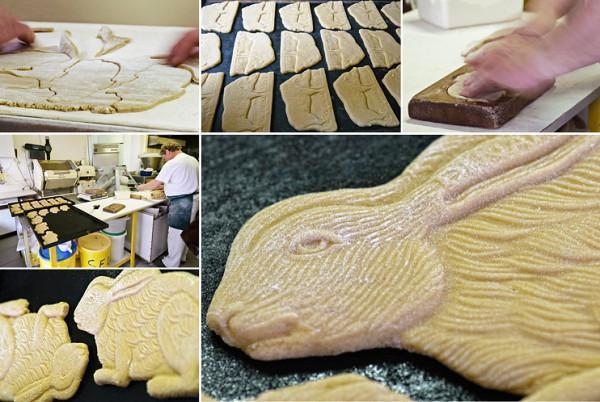 Couques sold these days must be labeled with a warning advising people not to bite into the hard cookie. Instead, you are advised to dunk it in a beverage, to soften it, or break off a small piece and suck it. In fact, couques are traditionally given to babies to suck on while they are teething. 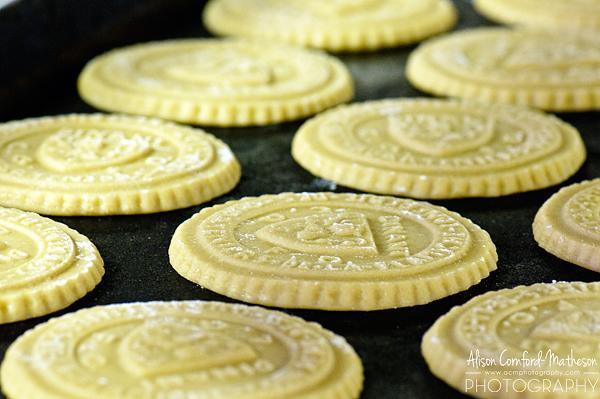 The Couque de Dinant is now a popular tourist souvenir

Both the Flamiche and the Couque de Dinant are a tasty part of Wallonia’s heritage. Check out the rest of our Eat Wallonia series below and stay tuned for more tasty treats from the region! 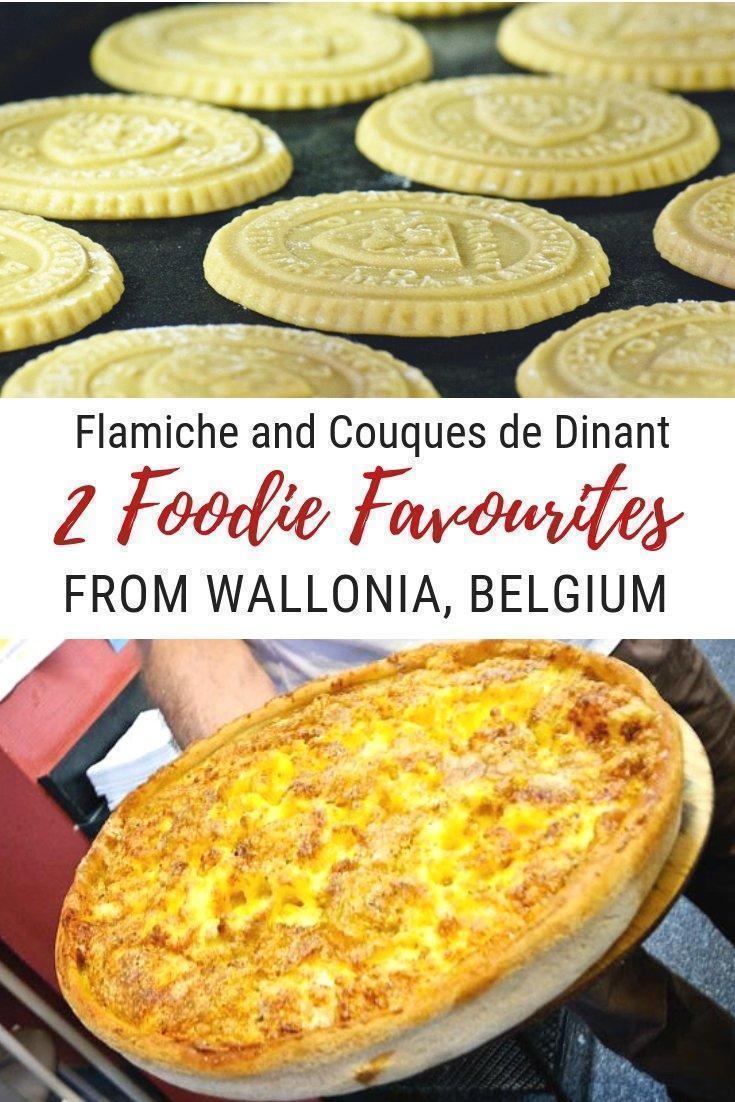