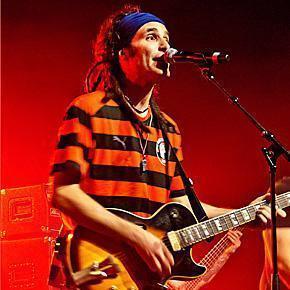 This entry is part 3 of 4 in the series Flanders is a Festival.
THIS POST MAY CONTAIN COMPENSATED LINKS. FIND MORE INFO IN MY DISCLAIMER.

Greek reggae band Locomondo rocks out at the Antilliaanse Feesten in Hoogstraten, Belgium

If I asked you where you’d find the World’s largest Caribbean festival, you’d probably name somewhere in the Caribbean, or possibly the United States or England. You likely wouldn’t guess a horse pasture in Flanders, but that’s exactly where you’ll find the Antilliaanse Feesten – in Hoogstraten, Belgium.

When the folks at Flanders is a Festival invited us to visit some music events this summer, we were pretty open to any festival they wanted to send us to. It was pure chance the Antilliaanse Feesten fit into our summer schedule.

We had no idea such a world famous event happened right here in Belgium. Apparently, however, the 35000 other festival goers, partying at the Antilliaanse Feesten, over two days, had gotten the news flash.

Right off the bat we were impressed by the organisation of the festival. We were met at the main gate by the daughter of the show’s organiser and promoter and given a tour of the festival grounds and the backstage area. She gave us a few bands not to miss and then sent us on our way, urging us to dive in and enjoy the music. We did!

Our first stop was to fuel up for the evening at the festival’s dining area. There were no Belgian fries at these stands. There were however, exotic flavours from around the Caribbean, Africa and beyond. We followed our noses to a stand with two huge BBQs out front and spotted jerk-chicken on the menu. While the spice level was definitely tamed down for the Northern European palate, it was certainly the best food I’ve ever had at a festival.

Jerk Chicken with rice, beans, and a deep-fried dessert.

With full bellies, we headed over to the Joker stage, one of three at the Antilliaanse Feesten. The first act was Bella Mondo, an all female reggae group from the Ivory Coast. They were very lively and as fun to watch dancing about the stage as they were to listen to.

Bella Mondo an all female reggae band from the Ivory Coast had loads of energy on stage.

After working up a bit of a thirst from bopping along to Bella Mondo, we headed to the festival’s champagne bar. Then, drinks in hand we went to check out the Palacia de la Salsa.

I adore salsa music and it’s normally blasting in my kitchen while I’m cooking. The salsa palace was heating up with the help of a great DJ. Unfortunately, Andrew and I have four left feet between us, so we stuck to the sidelines, but I could have stayed and watched the dancers all night.

Inside the Palacio de la Salsa

It sure made us we we could dance!

However, we were on a mission to discover all the festival had to offer, so we wandered over to the Main stage to catch the tail-end of Morgan Heritage, a reggae band from Jamaica. We didn’t have long to stick around though, because we wanted to be front and centre for the next act at the Cahier Club Tent – Locomondo.

The Cahier Club Tent, is the smallest of the three at the Antilliaanse Feesten but was jam-packed all night. It is named for the club where the festival was born and, in between live acts, a fantastic DJ was mixing pop favourites with Caribbean music and was a real crowd pleaser.

When our tour-guide instructed us not to miss this band, we were intrigued. She said they were a Greek reggae and ska band and we didn’t really know what to expect. We were glad we trusted her because they were fantastic.

Just when I though the music couldn’t get any better, the fiddle player appeared on stage. As an Eastern Canadian girl, I am a firm believer that every band is better with a fiddle in it. We were actually surprised to find the roots of the music of this Greek reggae band sounded very familiar to the traditional music from home. It seems music truly is universal.

The crowd was loving Locomondo’s energy

Things got even better when the fiddler arrived

What a high energy show and a great night at the Antilliaanse Feesten with Locomondo!

The party at the Antilliaanse Feesten continued on until the wee hours of the morning, but having to drive back to Brussels, we called it a night at 1am. We were sorry to miss out on more great music but we were so glad to have discovered this festival. We hope to return next year to discover more great bands in a horse pasture in Flanders with 35000 of our new friends.

Alison Cornford-Matheson
Alison Cornford-Matheson is a Canadian travel writer, author, and photographer. She is the founder of Cheeseweb.eu, a website dedicated to slow and sustainable travel, off-the-beaten-path destinations, and cultural awareness through travel. She and her husband, Andrew, are the founders of RockFort Media, committed to helping entrepreneurs tell their stories online. Alison has visited over 45 countries and, after living in Belgium for 11 years, now lives full-time in a Bigfoot motorhome named Yeti with Andrew and their well-travelled cat.
Latest posts by Alison Cornford-Matheson (see all)
Pin3
Share25
Tweet3
Flip
Email
Read more from this series...
Series: Flanders is a Festival