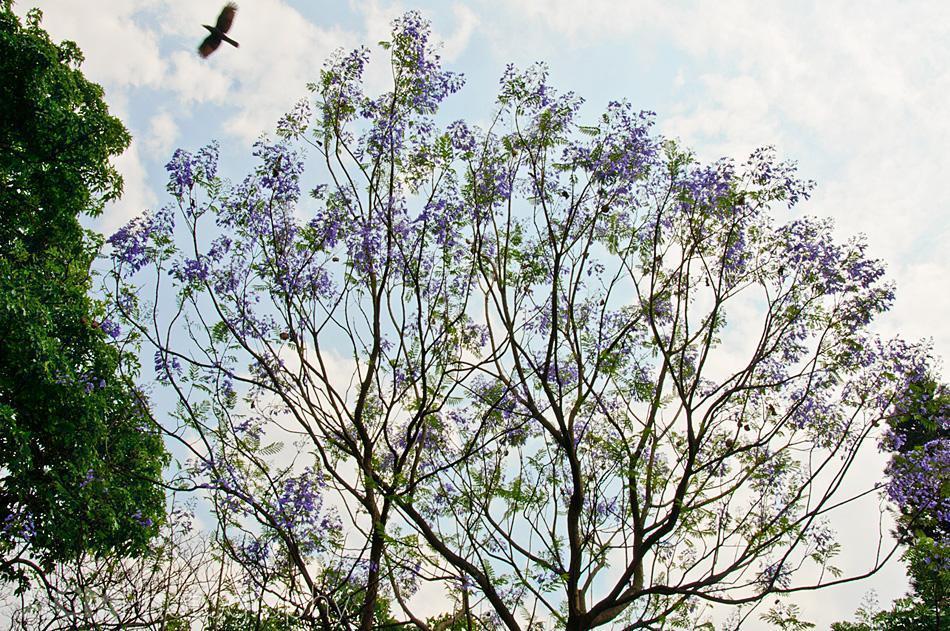 This entry is part 5 of 10 in the series Incredible India.
THIS POST MAY CONTAIN COMPENSATED LINKS. FIND MORE INFO IN MY DISCLAIMER.

Despite being India’s 3rd most populated city, Bangalore is not typically on the tourist trail. That doesn’t mean you should overlook it as a place to visit.

Andrew and I were lucky to get a unique insight into this modern city, by spending a week living with our Indian friends. Having our very own local guides gave us an inside scoop on everything Bangalore has to offer.

Bangalore is known as the Silicon Valley of India. In fact, just up the road from where we were staying, were offices for Microsoft, Yahoo and several other multinational tech companies. The city has experienced huge growth in the past 20 years, making parts of it incredibly modern looking. There are huge shopping malls that would be right at home in any North American town (except for the sari shops perhaps), and huge condo complexes seem to pop up almost overnight.

The contrast between these modern buildings and the rural villages Bangalore has now engulfed is striking. Poverty and wealth, modernity and timelessness butt up against each other here like nowhere else I’ve experienced. I couldn’t help but photograph some of the most striking examples.

The healthy choice for a snack – Fresh Grapes sold in Bangalore

Or maybe you prefer something less healthy…

Instead of being a concrete jungle however, I was amazed by how green and lush the city actually is. Bangalore is also known as the garden city. Even as you drive down the busiest streets, you are covered by canopies of brilliantly flowering trees.

One of my favourite sights in the city was Cubbon Park. This vast green-space in Bangalore is a beautiful place to escape the never-ending noise of the city.  But green certainly isn’t the only colour you’ll see here. Look up and you’ll spot red-orange Gulmohar trees, yellow Grevillea robusta (silver oak), Java Pink Cassia and, my favourite, purple Jacaranda trees, which left a beautiful mauve carpet throughout the park.

A family enjoying the quiet oasis of Cubbon Park

Cubbon Park is home to some interesting architecture as well. Set behind a huge rose garden, is the Seshadri Iyer Memorial Hall, which houses an impressive library. It is painted a bright red colour that was popular during British rule.

The Karnataka High Court building was also built during colonial times, to house the Secretariat of the Government of Karnataka, now found across from the park in the Vidhana Soudha.

The Vidhana Soudha is an impressive set of buildings. Unfortunately, the view from the park is blocked these days, by the massive metro system construction project, happening throughout the city. Nevertheless, we strolled by the front gates to have a peek at the imposing home of the legislature of Karnataka.

The Vidhana Soudha, home to the Karnataka Legislature

Another of our favourite Bangalore sights was the Big Bull Temple. The Basavanagudi Nandi Temple was built to worship the sacred Hindu bull, Nandi. Nandi was the mount of Lord Shiva and appears in many Hindu temples to Shiva and Parvati.

The giant bull in Bangalore’s Nandi temple was built from granite and is black from years of being rubbed with charcoal and oil. The bull is said to be one of the largest Nandis in the world, at 15 ft (4.6 m) high and 20 feet (6.1 m) long.

As with all Hindu temples in India, we removed our shoes before entering. We were greeted by a young man who offered to give us a tour and the history of the temple for a small tip (his information was well worth the small price). At the end of the tour, the priest performed a blessing for us and then offered to take our photo with Nandi.

With Nandi at the Big Bull Temple

Of course, for us, the highlight was spending time with our friends and experiencing daily life in India. We did some shopping – for me, Indian clothing including two gorgeous saris and Andrew was thrilled to get a suit custom made.

We were fortunate to arrive just as the World Cup of Cricket was taking place. Despite my general disinterest in sports, I found myself getting caught up in the excitement, and even starting to understand the game. We spent the evening of the final match at an outdoor amphitheatre, watching in anticipation, with around 200 others. When India won, the party was ecstatic.

When our bellies weren’t protesting too loudly we also enjoyed some fantastic Indian food. One of our favourites was a Bollywood themed restaurant called Chandni Chowk. We also became addicted to Masala Dosas, a pancake-like treat, and Andrew even learned how to make them.

Bangalore made a great central point to travel throughout Southern India. The airport gave us easy access for our flights to Goa and Kerala and driving day-trips out of the city were easy to arrange.

Most of all we were fortunate to have the world’s best travel planner and hosts and we look forward to visiting India again very soon!

Alison Cornford-Matheson
Alison Cornford-Matheson is a Canadian travel writer, author, and photographer. She is the founder of Cheeseweb.eu, a website dedicated to slow and sustainable travel, off-the-beaten-path destinations, and cultural awareness through travel. She and her husband, Andrew, are the founders of RockFort Media, committed to helping entrepreneurs tell their stories online. Alison has visited over 45 countries and, after living in Belgium for 11 years, now lives full-time in a Bigfoot motorhome named Yeti with Andrew and their well-travelled cat.
Latest posts by Alison Cornford-Matheson (see all)
Pin24
Share3
Tweet6
Flip
Email
Read more from this series...
Series: Incredible India