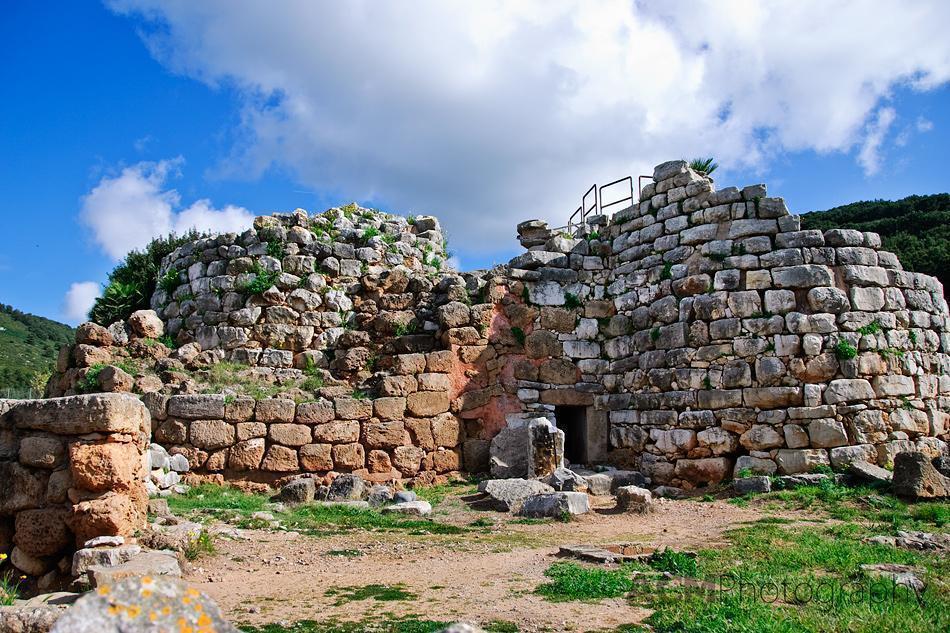 This entry is part 2 of 5 in the series Sardinia, Italy.
THIS POST MAY CONTAIN COMPENSATED LINKS. FIND MORE INFO IN MY DISCLAIMER. 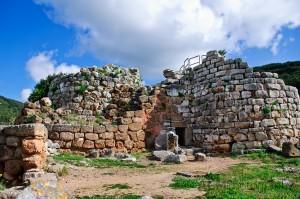 Day two in Sardinia was my favourite of the five. We learned a bit of history, saw some fantastic beaches, made beautiful flower find and even did a tad of rock climbing.

We were up and on the road early to visit the Nuraghe Palmavera. Sardinia is dotted with over 8000 nuraghe but despite their prevalence on the countryside, little is known about these megalithic structures.

Nuraghe Palmavera is one of the most important nuraghic sites on Sardinia and is believed to date from the 14th century BC. In the middle of the site is a large cone-shaped fort with several different rooms. Surrounding the main structure are the remains of more than 50 small circular huts. 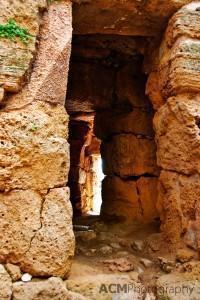 As with many historical sites in Europe, I am always fascinated when you are permitted to climb over and explore the ruins inside. In Canada you would be lucky if you were allowed to touch the exterior walls, let alone wander through the remains.

We had the site more or less to ourselves and in addition to exploring the ruins, we enjoyed a bit of flower and lizard photography, as well.

Our next stop was the city of Stintino, where we found more flowers to photograph. On our way into the town, we stopped to photograph the view and were thrilled to discover a hillside of wild-flowers including some tiny orchids. The passing traffic must have wondered about the two crazy women crawling along the hillside with their butts in the air, but we both managed to get some great photos.

Once in the town, we had pizza by the sea and enjoyed the sunshine. 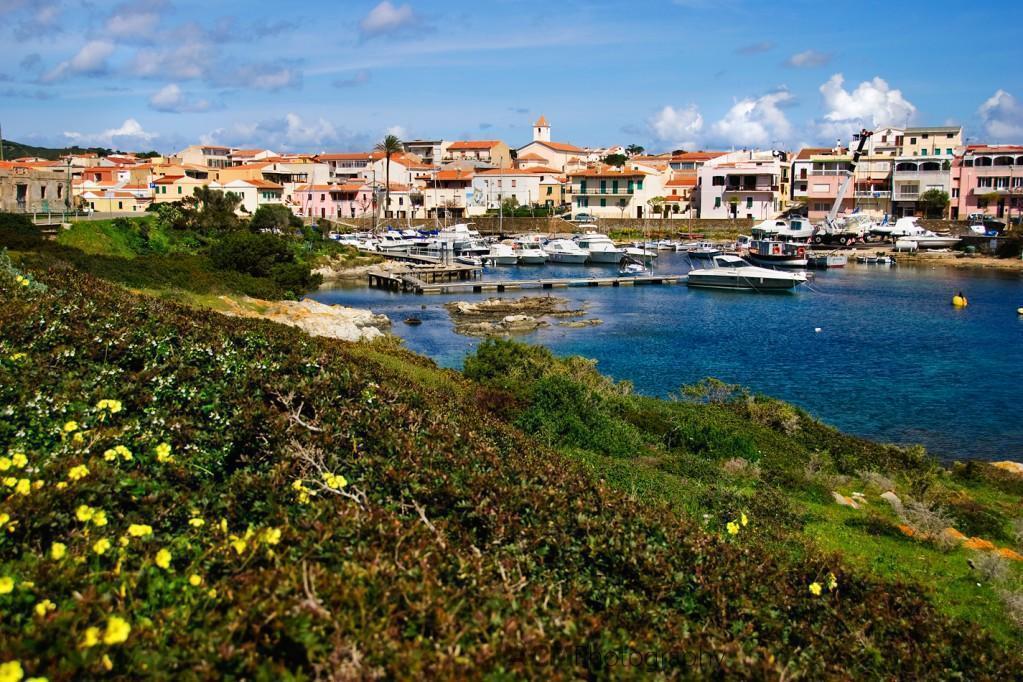 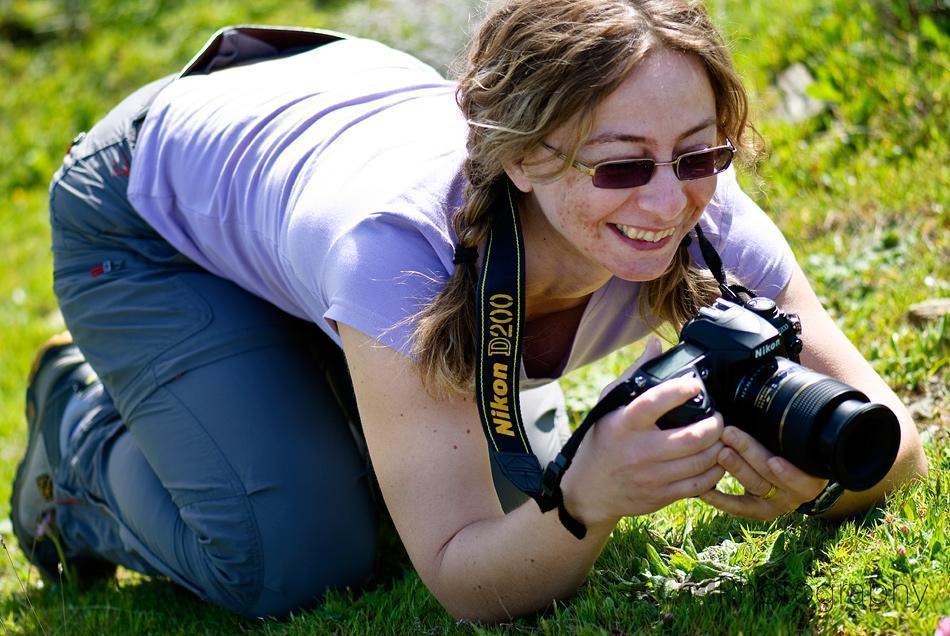 Photography can get Dirty 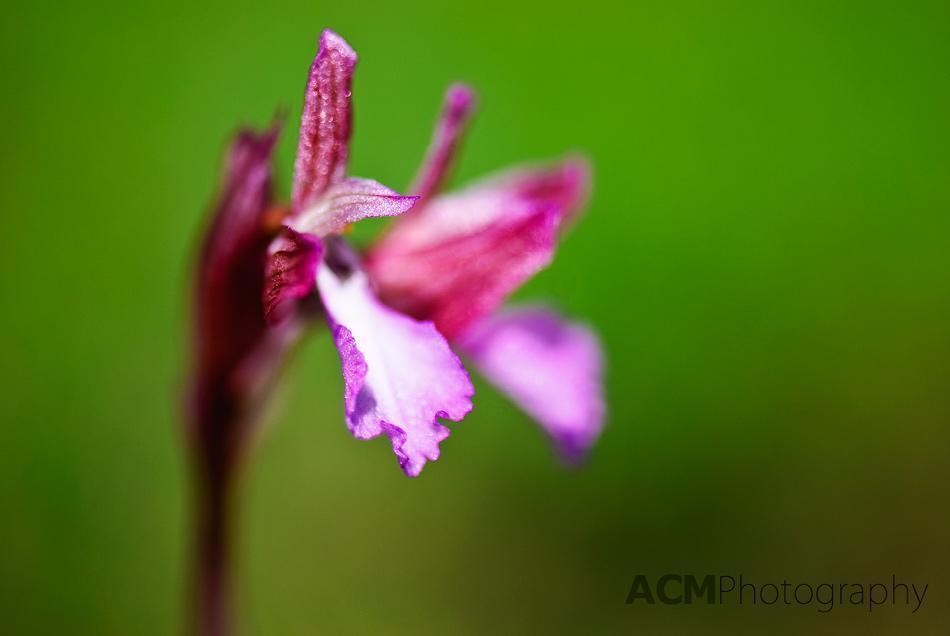 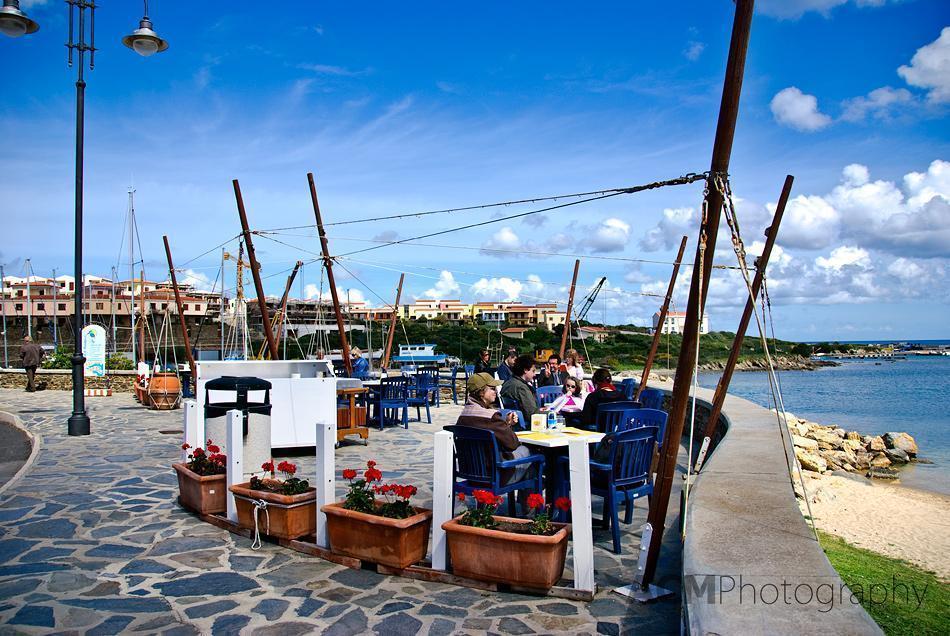 After lunch we continued north to Capo del Falcone and the most beautiful beach I have seen since I was in the Bahamas several years ago. The sand was soft and white and the water was crystal clear and that amazing Mediterranean turquoise. It wasn’t yet warm enough to swim but we waded about in the shallows taking pictures.

From the beach you can see a tiny island with a tower, Torre de La Pelosa and beyond that the larger island of Asinara which is a nature reserve.

I’ve done a lot of (stupid) things in the name of photography so I wasn’t above climbing to the top of a cliff (in less than appropriate footwear) for a view of the beach and Asinara Island. We made it to the top and it was worth the effort, although scrambling back down was a bit dicey.

It wasn’t all hard work though. We did take some time to sit on the beach and enjoy the sun before heading south again. 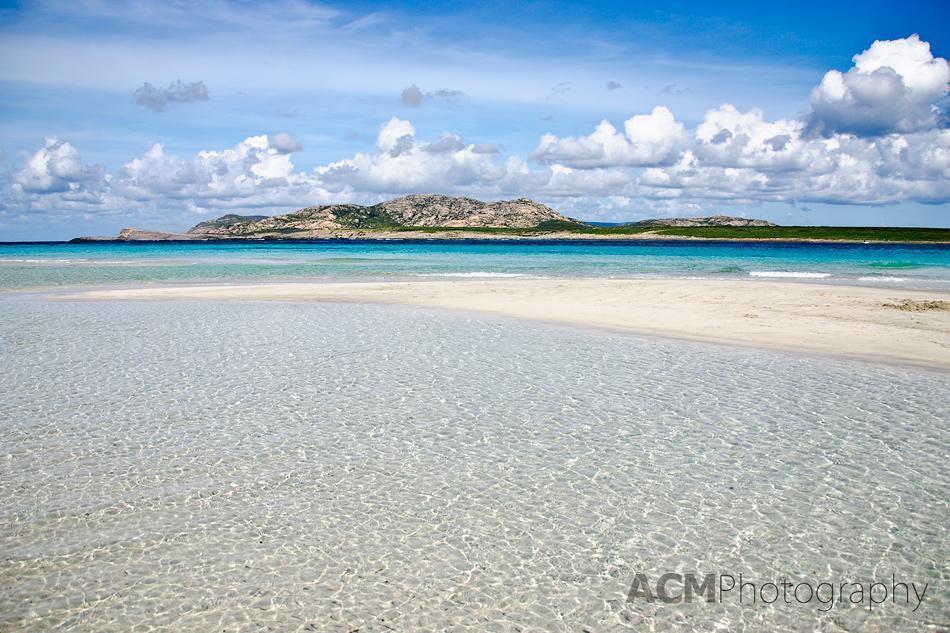 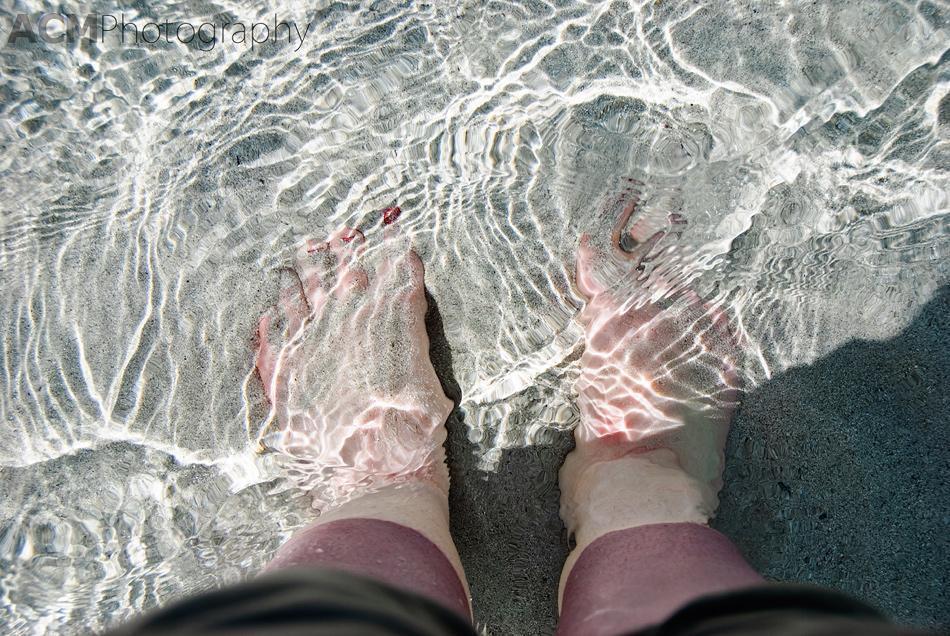 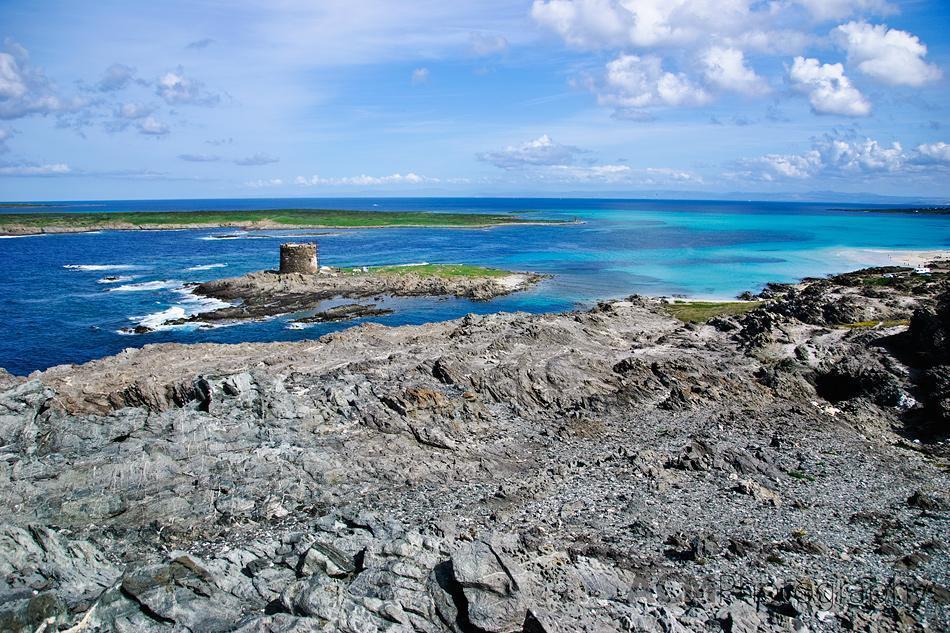 Our last stop of the evening was the cliffs of Capo Caccia which we had seen from the boat the day before. Being on top of the cliffs gives an amazing perspective of the surrounding area. We were surprised again by the amount of plant life we discovered growing straight out of the rocky cliffs – from lilies to tiny irises. 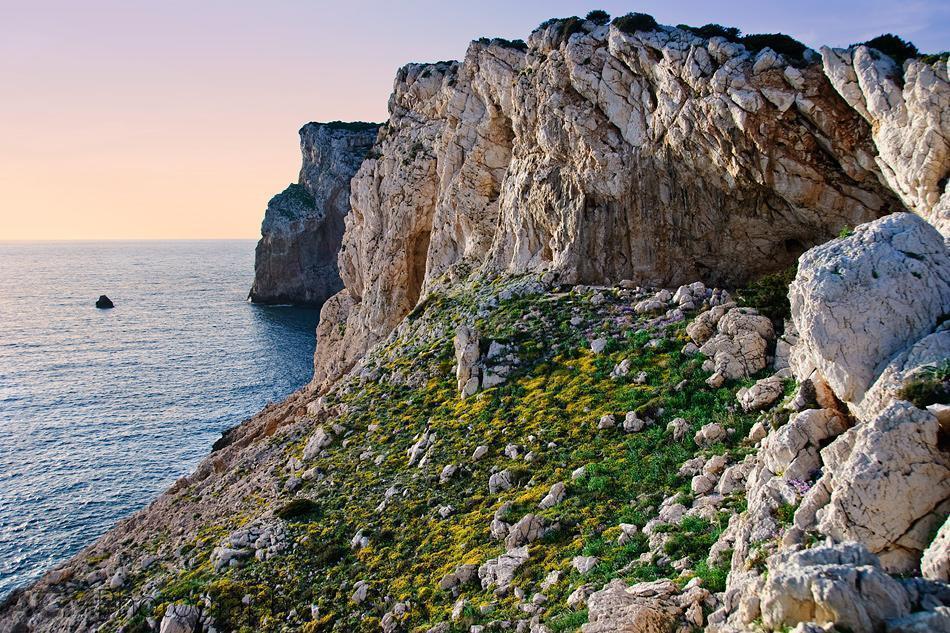 After a full day of fresh air and photography, we headed back to our B&B for supper and rest for another Sardinian adventure.

Read about Day One of our Sardinian Adventure