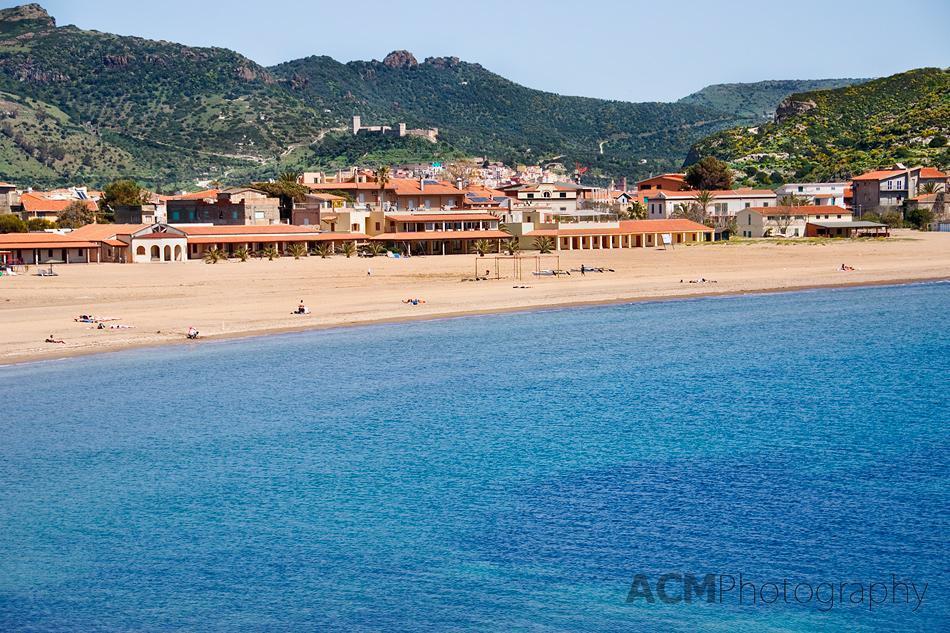 This entry is part 3 of 5 in the series Sardinia, Italy.
THIS POST MAY CONTAIN COMPENSATED LINKS. FIND MORE INFO IN MY DISCLAIMER. 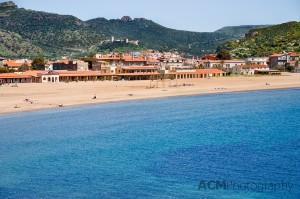 The sun smiled on us again on day three of our Sardinian adventure. We decided to head south and check out the city and beaches of Bosa. As often happens when travelling, the journey was even more beautiful than the destination.

If you’ve ever driven highway 1 in California, one of my favourite drives, you have an idea of what our trip south to Bosa looked like. We drove along the coast, with a steep drop to the sea below on our left and mountains to our right. The road twisted and turned and is definitely not for those prone to motion sickness.

The scenery was spectacular and there were many ‘stop the car’ moments. Again we saw loads of wild flowers along the roadsides. Aside from lots of sheep and the occasional shepherd’s cottage, it was just us and nature. Oh, and the Sardinian drivers…

It is here that I must bring up one of the downsides of driving in Sardinia – the other drivers. Italians are known around Europe for their Mario Andretti-like tendencies and Sardinia is no exception. Most ‘highways’ we travelled on were single lane and had speed limits of 50-70km/h. The road from Alghero to Bosa went as low at 30km/h in places due to the switchback turns. This didn’t deter the Sardinians from zooming up behind us and passing on a solid line – while going around a blind corner. Scary stuff. Their parking habits also leave a lot to be desired. Vehicle abandonment would be a more accurate term. But I digress…

Despite frequent photo stops, we eventually made it to Bosa; a lovely hillside city that is crowned by a castle. We had lunch in a lovely square and wandered through the quiet streets. As most things shut down in Sardinia at lunch time, we decided to find the beach. 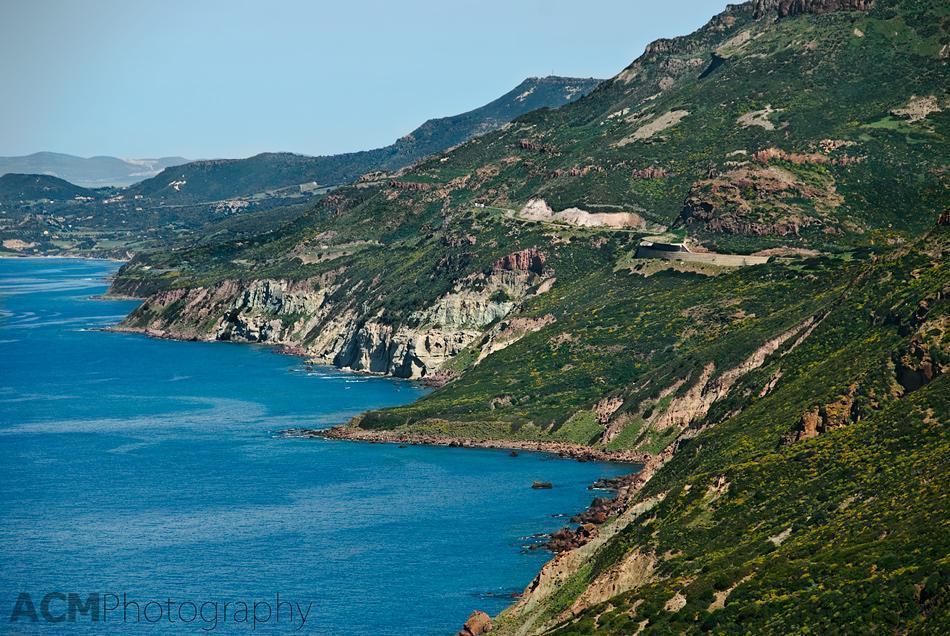 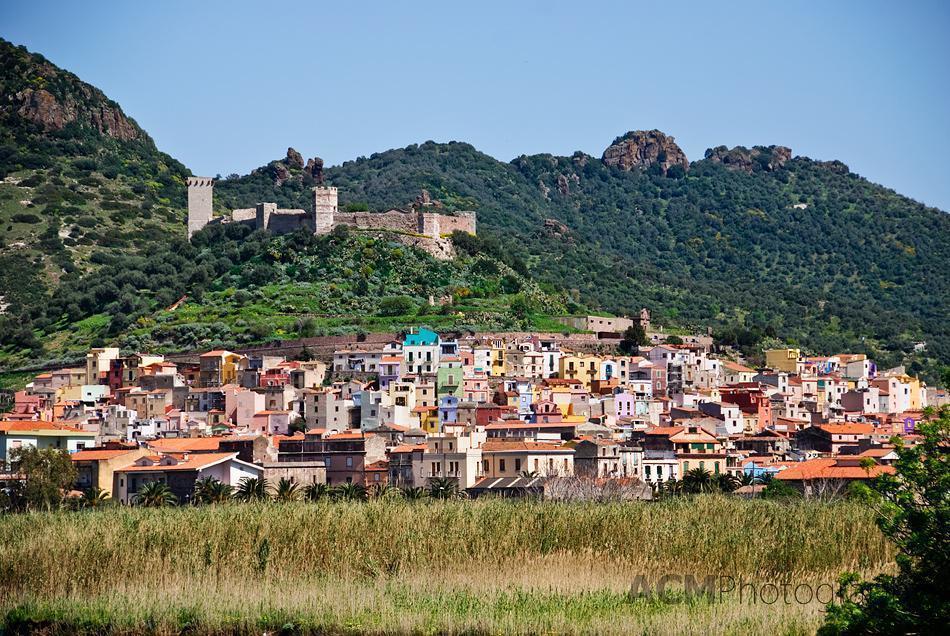 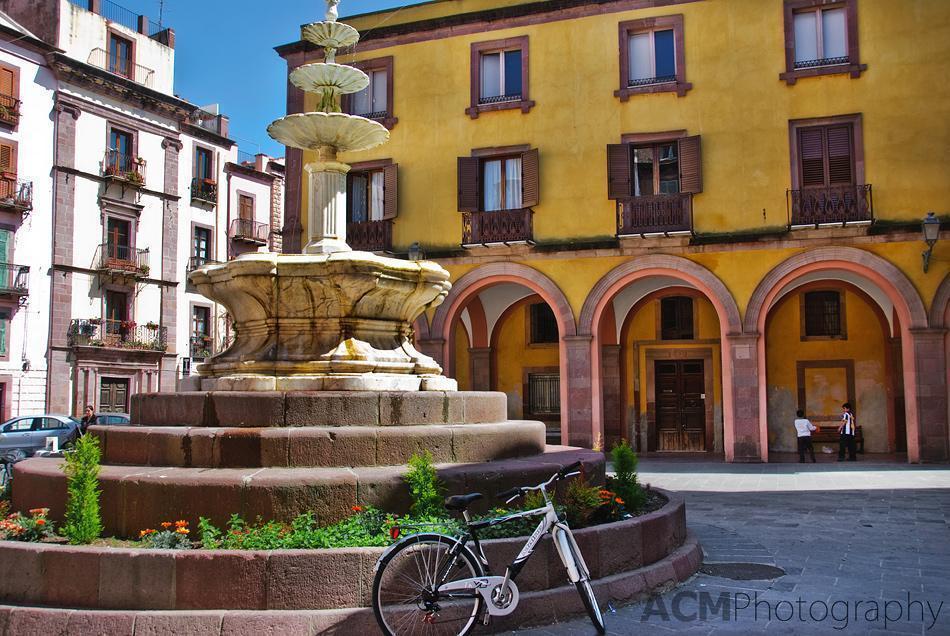 Lunch in a Bosa square

And what a beach it is. Although I personally preferred the beach at Stintino, the Bosa marina beach is also very nice. It has been voted the cleanest beach in Italy repeatedly and the water did look incredibly clear. A few brave souls were already working on their tans. It was a bit chilly for us to don bathing suits but we did soak up a bit of sun and sand before continuing on.

For our return journey, we decided to take the interior road so we could see something different and also because we thought it would be quicker. And herein lies my second warning about Sardinia – distances are farther than they seem. The roads, at least in the northwest where we were, are mostly small, have one lane in each direction and are relatively twisty. Maybe impatience with the roads is what causes Sardinians to drive so fast. Well… maybe not.

The interior road was no less interesting than the coast. We travelled primarily up and down hillsides and through farmland. We saw olive and cork trees and many, many sheep. In fact, we got stuck in a bit of a traffic jam. 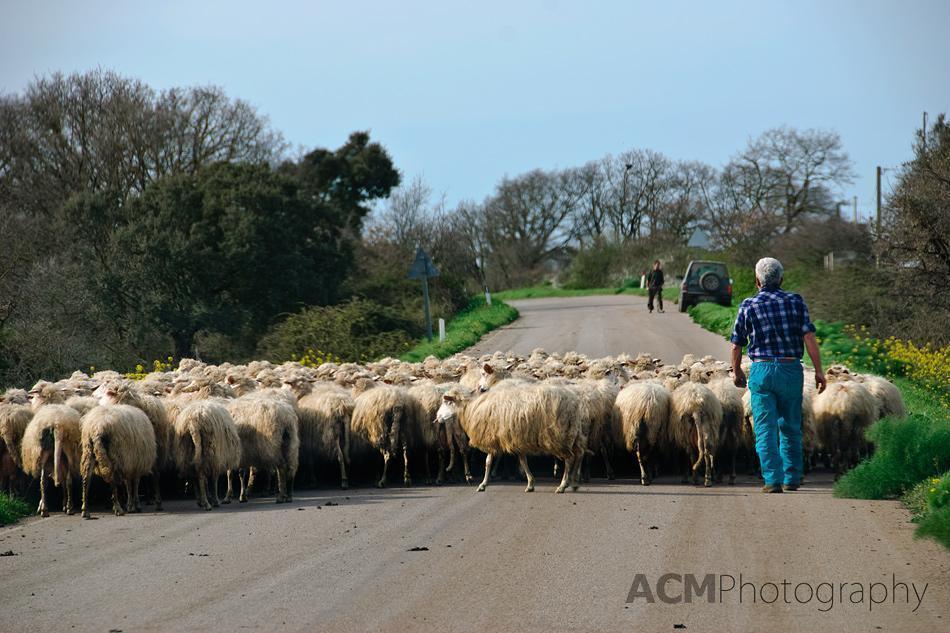 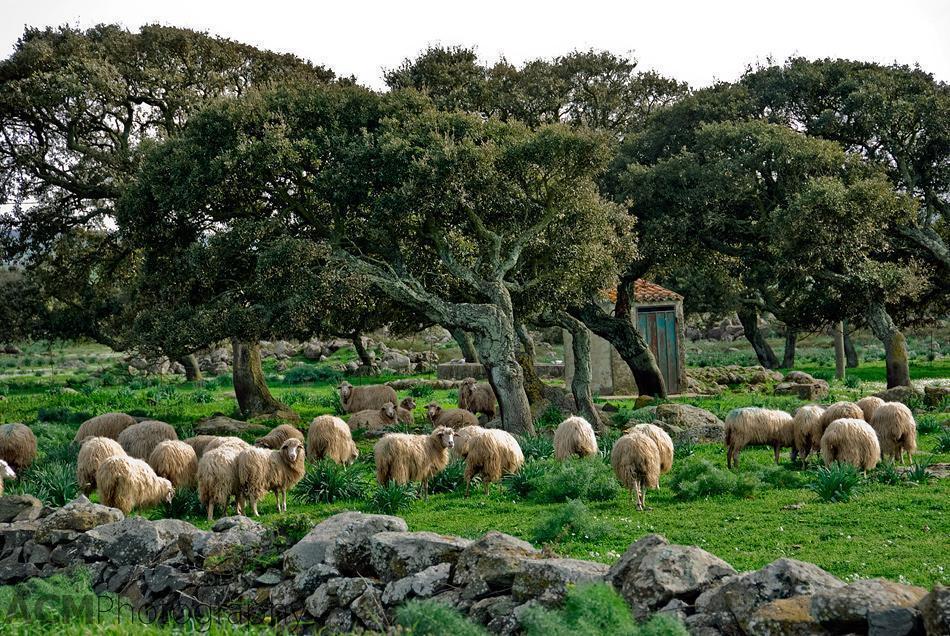 At one point, we did a double take, looked at each other and said ‘Hobbits?!”

We turned the car around and discovered the hillside that looked like the Hobbits’ houses from The Lord of the Rings was actually a subterranean burial ground called Pottu Codinu.

As with the other historic sites we visited in Sardinia, we had Pottu Codinu entirely to ourselves. The admission was a whopping 1.50€ each. (We never had to pay more than 3€ admission to the historic sites).

Pottu Codinu was discovered in 1903 and excavated in 1988. Signs of human habitation date from 3500 BC. The Hobbit-like openings were actually nine burial tomb complexes, each containing 4-7 rooms. The Sardinians call these domus de janas (homes of the fairies). 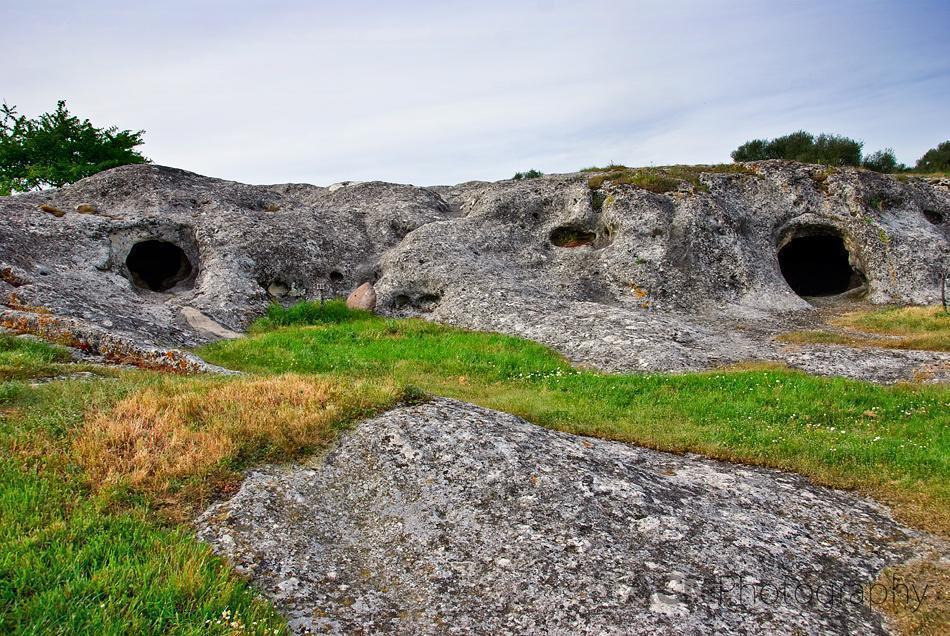 After a long day on the road, we decided to head to Alghero for our evening meal. We found a seafood restaurant overlooking the sea, where we dined on swordfish steaks and I sampled the delicious local white wine. 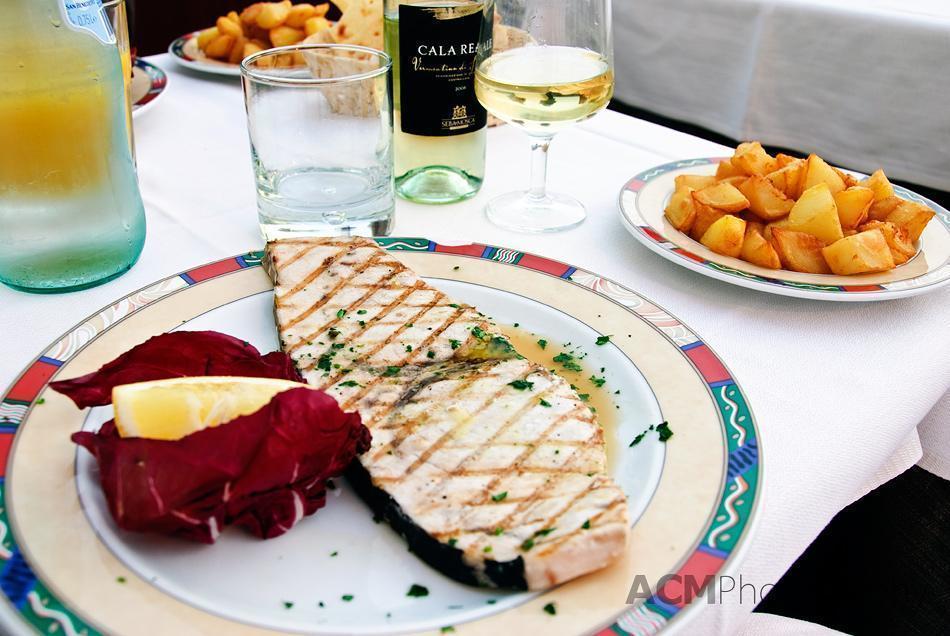 To be continued with the final days of our Sardinian adventure…

Be sure to read about the rest of our Sardinian adventures in Stintio and Alghero.