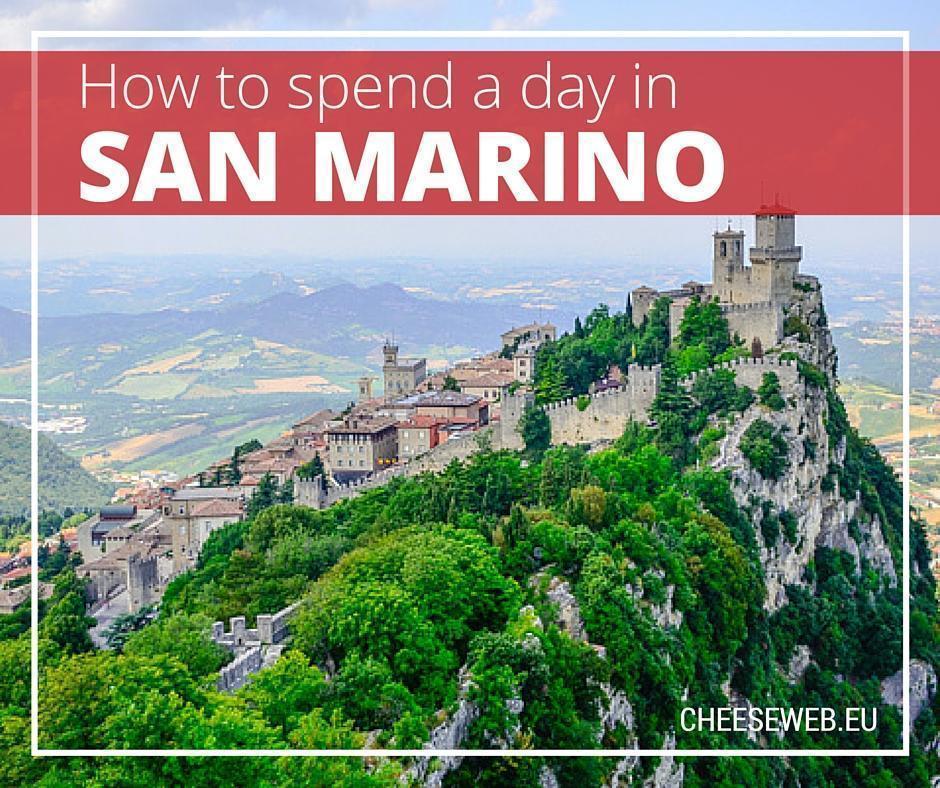 Micro Europe – How to Spend a Day in San Marino

Adi takes us on a family-friendly day trip to the tiny nation of San Marino, surrounded by northern Italy.

The idea of tiny countries fascinates me. If said countries are inside other nations, I am downright intrigued and must visit. While in Italy, our family visited Vatican City, the world’s smallest sovereign nation. But Italy contains yet another micro-country – San Marino.

San Marino has a population of 32,000 inhabitants, and it is only a little over 61 square kilometres or 24 square miles. It’s the oldest sovereign nation and constitutional republic in the world.

We only had a day to spend in San Marino, but it was enough to explore the Old Town and Mount Titano, both designated UNESCO World Heritage Sites.

Due to its small size, the Old Town is easy to explore, and it’s entirely walkable. To get to the Old Town, park your car in one of the parking garages at the bottom of the Old Town, and either use the elevator to go up the mountain or take a funicular ride (inexpensive) from Borgo Maggiore – the small village at the bottom of Mount Titano. Getting lost on the small stone streets is very relaxing, but there are a few highlights you shouldn’t miss for a full SanMarino experience.

1. Piazza della Libertà, the Public Palace & the Statue of Liberty

The Public Palace is not large and it houses the Parliament and the Government of the Republic. At the time of our visit, they were displaying a temporary exhibit about the Syrian refugees’ situation in Europe. It was heartbreaking to see, but it was a great teaching opportunity for our kids. This is one of the many reasons we love travelling with our children. There are always opportunities to learn.

The Statue of Liberty is in the centre of Piazza della Libertà, or Liberty Square. She is carved in white Carrara marble and represents a warrior with one hand stretched forward, marching proudly towards the observer. Her head is crowned with three towers, standing for the fortified city of San Marino. The statue was donated to the Republic in 1876 as a symbol of freedom.

The square, apart from being a perfect place for a little R&R, also offers splendid views of the surrounding land; with green hills as far as you can see.

The First Tower is the largest and oldest of the three fortresses that dominate San Marino from the top of Mount Titano. The First Tower, dating back to the 11th century, was remodelled and enlarged a few times, reaching its utmost splendour in the 15th century, during the last war fought by San Marino, against the Malatesta family. The tower was chosen as the seat of the Guardia di Rocca (the Guard) in 1754 and served as a prison up to 1975. We loved exploring the First Tower.  It’s climbable all the way to the top. If travelling with smaller kids pay very close attention to them at the top.

Stunning views of the First Tower

Cesta is the second fortress in San Marino and it probably dates from the 13th or 14th century. Situated on top of Mount Titano, it offers beautiful views of the first and third fortress as well as the land surrounding the mountain. Today the Second Tower is used as the Museum of Ancient Weapons, housing weapons from as early as the 13th century. This tower was the most fun for the kids, since the displays showcase many weapons, swords, and armours.

Museum of Anciet Weapons in the 2nd tower

Tip: To save you from standing in lines, get the combined ticket. The pass will allow you to visit the Public Palace, the first and second towers, the Church of St. Francis, and the State Museum. My advice is to buy your tickets at the Public Palace. It’s not as busy as the entrances for the towers. A combined ticket for all five visits costs 10.50 euro.

The last fortress was built on Mount Titano around the 13th century. It was a guard post over stone trenches that no longer exist. Today the tower is inaccessible to visitors, but the walk to it is very pleasant and shaded by pines offering the perfect cover for a hot day.

The Basilica of San Marino was constructed in 1836 in place of 7th-century church. It is built in the Neoclassical style, with a porch of eight Corinthian columns. To enter the basilica, you need proper attire; no tank tops or Daisy Dukes allowed. Covering the shoulders is accepted.

Although I knew I would be horrified by what I would see inside, I agreed to go because, again, it was a great teaching moment for the kids. (That and the rest of my family insisted on visiting.) The Museum of Torture contains more than 100 original instruments of pain and death. It’s mindboggling to see what humans will do to other humans.

The Museum of Torture is not for the faint of heart

7. Get a visa in San Marino

Since the dawn of European Union, you rarely have the opportunity to have your passport stamped in Europe, with a couple of exceptions. However, in San Marino, you can pay a fee of 5 euros, inside the tourist office, located by the funicular stop on Mount Titano, for a pretty visa stamp. My husband asked the guy if the visa has any value and he said: “you can tell people you visited San Marino, and they would believe you.” So if proof is what you seek, pay the tourist office a visit.

Lots of shops in San Marino

I am not a shopaholic, but I really enjoyed perusing the hundreds of shops in the Old Town. The prices were affordable, they offered lots of sales, and the best part is there’s no VAT added. I remember visiting Gibraltar and not being able to afford anything, because most of the shops were luxury merchandise. Sales and no VAT added doesn’t mean much when everything on sale is high-end and already very expensive. San Marino, however, offers something for every wallet. The minute you arrive in the Old Town, the pleasant smell of the leather products sold in many stores hits you, trying to lure you inside. The shopkeepers are outside their stores greeting you and attempting to attract you inside with offers.

One oddity is the fascination with weapons. Many stores sell replicas or swords and guns.

A tasty sandwich at Hocus Pocus

We are budget travellers and always look for the best and cheapest way to eat our way through the places we visit. In the Old Town, restaurants are abundant, but it can get expensive even if you ask for the cheaper menus. To our luck, there were also many cafes, which served gorgeous inexpensive sandwiches. We hit the jackpot at a café located between the first and second tower, called Hocus Pocus. For 6.50 euro, I ordered the most amazing sandwich I’ve ever had. The bread used was Piadina bread, specific to San Marino and the Emilia-Romagna region of Italy. It’s a flaky, flat bread that, when filled with squacquerone cheese (another speciality of the Emilia-Romagna region), prosciutto and arugula, and put in the oven, results in something out of this world and big enough to fill you for half the day.

San Marino has plenty of interesting things to do in a small package. It boasts impressive fortresses, a charming old town, tax-free shopping and simple but delicious cuisine, which turned it into a travel favourite of ours in Europe.

Adriana
I live in Germany with my husband and two children. I have a big passion for travel and photography. I am most happy when I travel, when I discover new cultures, see new places and try new foods.We have travelled to more than forty countries and almost two hundred cities. See some of the photos taken during our adventures at Life in A Suitcase and follow on Google+.
Latest posts by Adriana (see all)
Pin3.4K
Share508
Tweet
Flip
Email