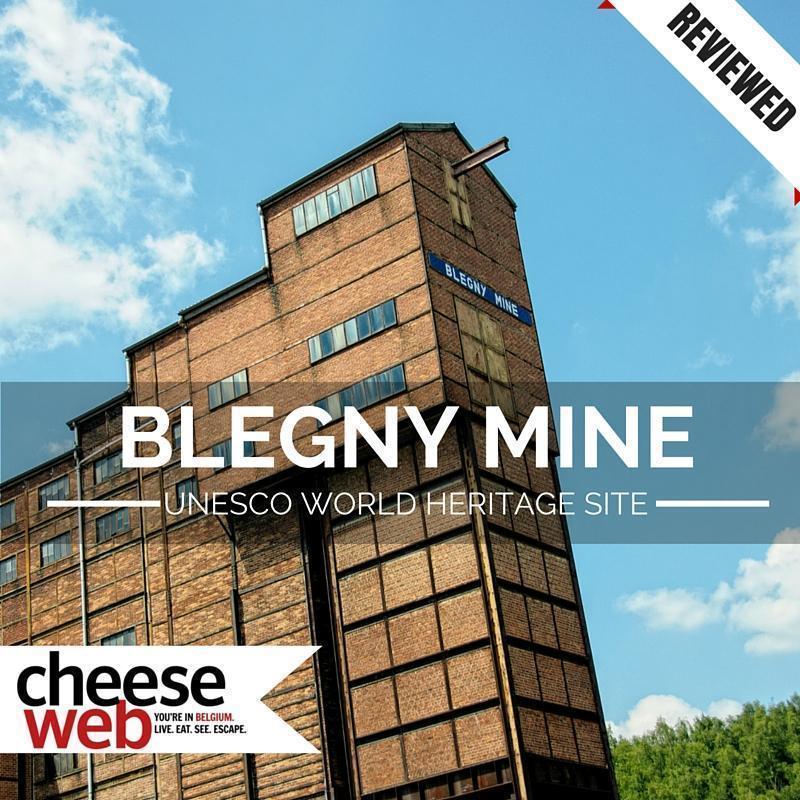 Visiting the Blegny Mine UNESCO site in Liege, Belgium

One of the most interesting UNESCO sites in Belgium lies deep under the hilly terrain of Liege province. Touring Blegny Mine illustrates how the dangerous job of coal mining shaped Wallonia’s industrial past.

It was dark, smelly and I was holding a stick of dynamite. Even though I knew it wasn’t real, I couldn’t help but cringe a little, when the pre-recorded explosion sounded throughout the Blegny Mine.

My bright yellow hardhat and blue coverall weren’t going to save me, and Andrew was too busy filming and laughing at me to be of any help. When the sound dissipated throughout the mineshaft, the members of our small group were all chuckling.

The still echoing noise was only the slightest taste of what the miners of Blegny would have experienced day in and day out. This dirty, noisy, dangerous job was carried out by locals and many, many immigrants, changing the cultural identity of this part of Liege province.

We had come here to see what it was like for those who worked underground and how this industry shaped the region. 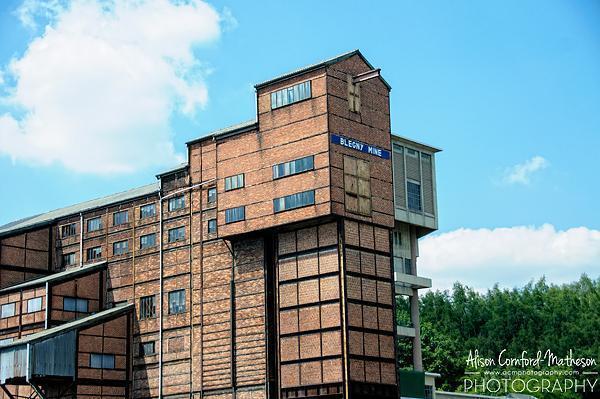 Want a taste of that noise? Watch our video tour of the Blegny Mine.

Visiting the Blegny Mine UNESCO site in Liege, Belgium

Mining along the sillon industriel, or industrial valley, from Nord-Pas-de-Calais to the Aachen valley, was vital to Belgium’s economy in the 19th and 20th century. So much so, UNESCO declared the area a World Heritage site in 2012.

Three additional mines, besides Blegny, make up the listing: Grand Hornu, in Mons, Bois-du-Luc, in La Louvière, and Bois du Cazier, in Charleroi. While the other sites now contain various museums and installations, it is at Blegny where you can step into the boots of a miner and descend into the coal mine. 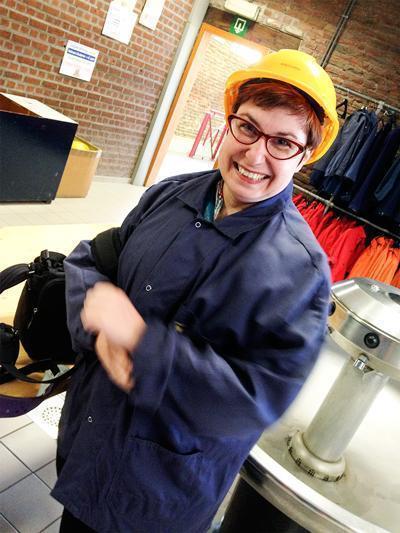 Suited up! I’m ready to descend into Blegny Mine.

Our tour began with a short video, explaining the mining process and its impact on the region. Then we suited up and met with our guide.

Many of the guides are retired miners. Ours was a former schoolteacher, passionate about Belgium’s history, and eager to share anecdotes about life in the mine. 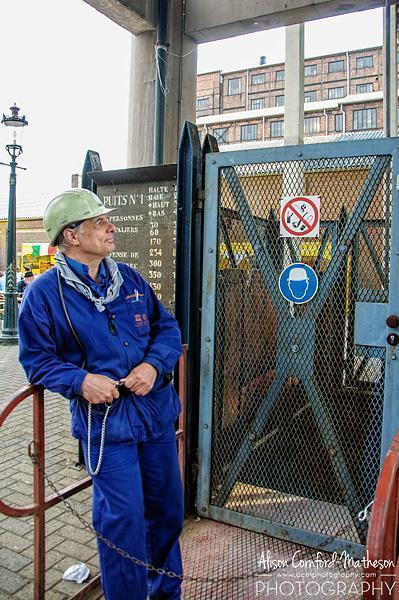 Our incredible guide waits for the elevator to take us underground

With our gear on, we stepped into the mesh elevator and descended 30 metres below the surface. Our engaging guide led us through the history of the mine and mining practices.

We learned about the different waves of immigrants who came from across Europe and, later, North Africa, to work deep beneath Belgium’s crust. 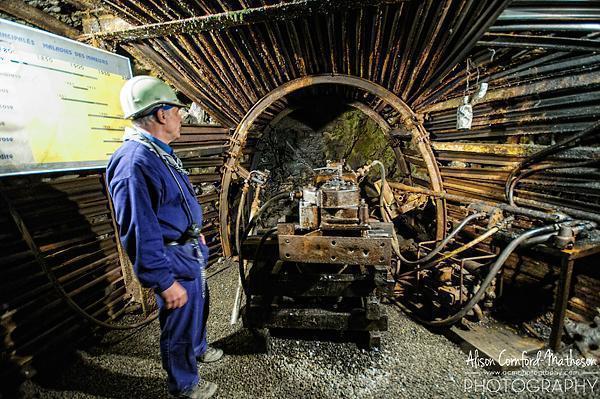 Loud, dirty and dusty – Mining machinery inside Belgny Mine

We descended, on foot, another 30 metres where we saw an actual coal seam and the near impossible working conditions necessary to extract ‘black gold’ from it.

We also learned about the animals who worked underground, many spending their entire lives in mines. For man and beast alike, it was a hard, hard life. 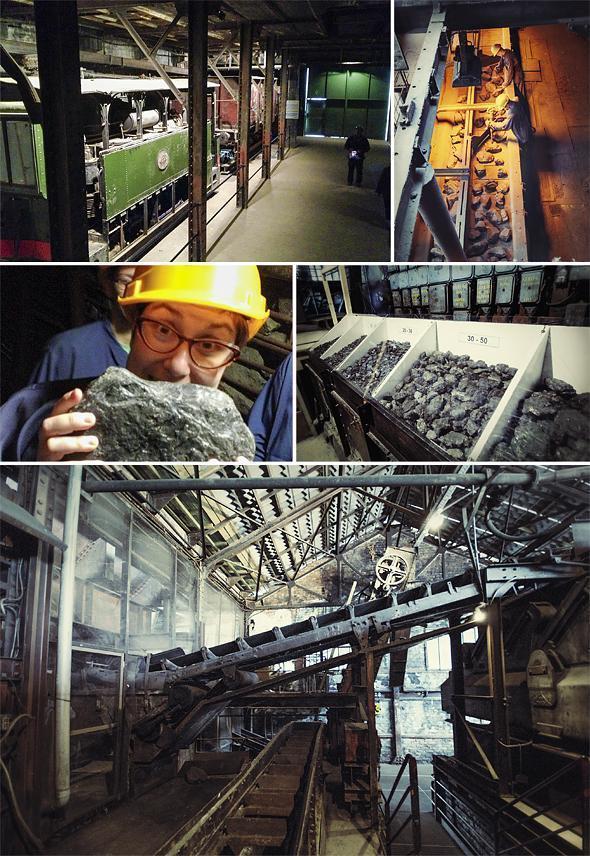 Above or below, working at the Blegny mine was no picnic.

When we completed our tour underground, we climbed back in the elevator and rose up into the cleaning and sorting facilities. The conditions here were almost as dangerous as those underground and possibly even noisier.

Train cars rattling and crashing together, giant loads of stone being dumped and sorted, and coal being sifted and sized, created an unimaginable cacophony. 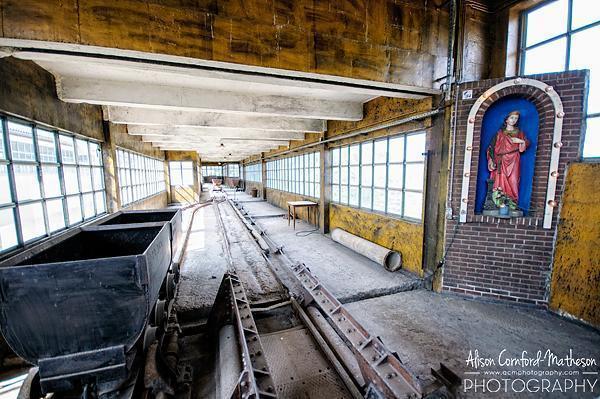 Quiet now, this sorting area was once a hub of noise and activity.

The tour ends with a commemorative video to the miners who worked here. The last load of coal was removed from Blegny Mine in 1980, and shortly after the site was opened to the public.

Visiting Blegny Mine is a fascinating look at an industry that shaped the face of Liege and Belgium as a whole. It’s a great day-trip for adults and older children alike.

We’d like to extend our thanks to the Province of Liege Tourism for inviting us to tour the Blegny Mine at our request. All opinions are, as always, our own. 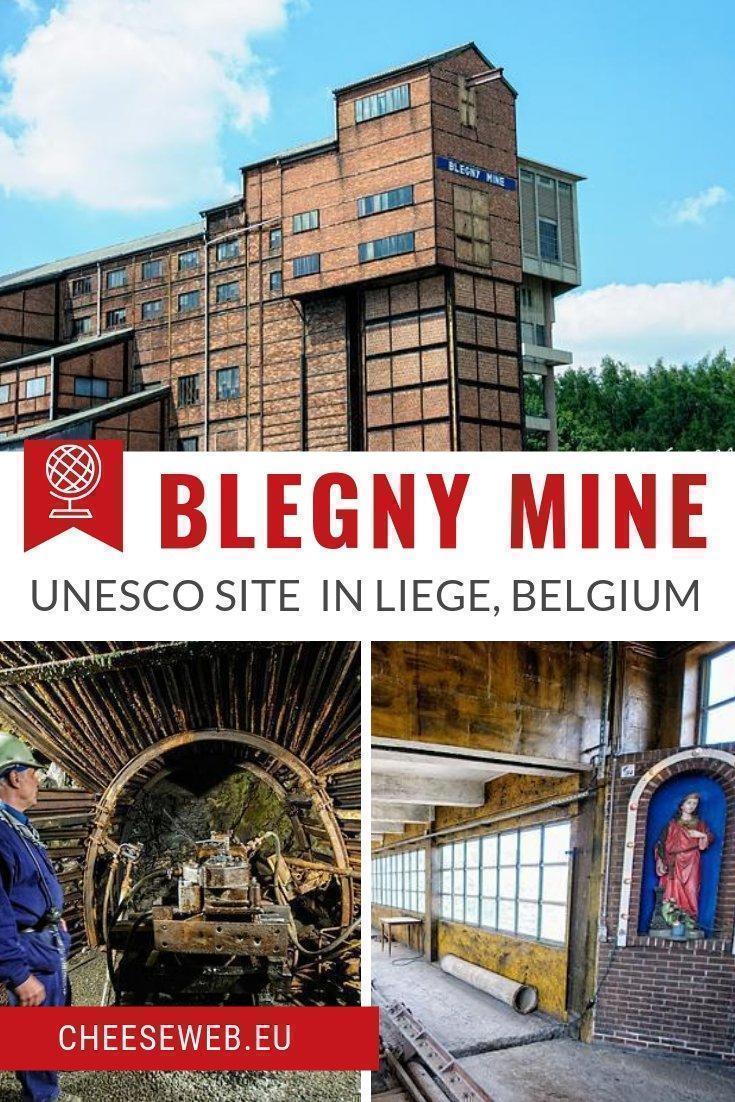