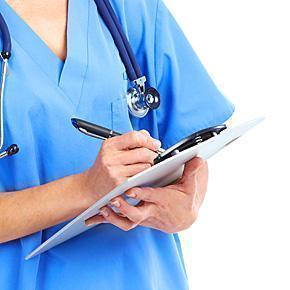 Using the Health Care System in Belgium doesn’t have to be scary.

No expat wants to end up in the hospital in their new country, but we do want to know a decent health care system is available if and when we need it. I recently visited the Emergency Room in a Brussels hospital and, for the most part, it was a better experience than I expected.

I’ve had a lot of experience with the Belgian health care system, over our 8 years here. I have a medical condition that requires frequent consults with my doctor and the occasional visit to a specialist. Before moving to Belgium, I asked my Canadian physician if I should be worried about my health abroad. She promptly informed me to have no fear as “Belgium has some of the best health care in the world.”

As far as I’m concerned, she was correct. My GP here is wonderful. In fact, way back in 2005, I wrote about my first doctor visit in Belgium. Since then, I’ve been to several hospitals, in Flanders, for routine tests and I’ve even visited with a specialist in my condition. All have been efficient, quick and affordable. But I had never tested emergency care in Belgium and I had never been to a hospital in Brussels city centre. That is, until this week.

First let me say, this wasn’t a life or death emergency. (Thank goodness!) During our cold snap, two weeks ago, I fell on my neighbour’s icy sidewalk. I reached out my arm to stop my fall and my wrist and elbow bore the brunt of the impact. I was shaken up and sore, but didn’t think anything was broken.

For the next few days, I rested my arm in a sling, but it failed to get better. I sought out my doctor’s advice. She examined my aching arm and was pretty sure it wasn’t broken but suggested I visit the Emergency Room (Casualty, for our British readers), for x-rays, if it wasn’t better in a week.

A week came and went and, although I was gaining a bit more mobility in my arm, I still couldn’t lift anything, without experiencing severe pain. So, on day ten, we decided it was time to make sure nothing was broken. We headed for our closest ER (recommended by my GP), the Clinique Saint-Jean.

Locating the ER was our first challenge. Entering through the clinic’s main doors into a bright and airy lobby, I was feeling positive. This looked similar to the hospitals my GP sent me to in Leuven, with which we always had good experiences.

We followed the signs to Urgences (Emergency) and that’s when it started getting a bit odd. The signs led us outside and through a parking garage… right past the morgue. I don’t know about you, but this isn’t exactly what I want to see on my way to the ER.

No expat wants to end up in the Emergency room but it’s good to know it’s there when we need it!

Finally, we found a windowless door, leading to a small, dreary reception window. Although there were several people behind the glass window, only one seemed to be slowly dealing with patient intake. We waited in the chilly hall as the automatic door opened and closed, onto the parking garage.

Finally it was our turn. We explained the problem, my information was taken and I was instructed to sit in the waiting room until called. It was another bleak, windowless and chilly room. It was about 9:30 am and there was only one other person waiting. We settled in.

The room started to fill up quickly, but like me, no one seemed to have life threatening problems. A few cuts, some pains, and a hacking cough. Not long after 10:00, my name was called along with two other patients. We were led into a small room where we were each pointed to one of the three beds.

It wasn’t long before someone came to see what I was in for. I explained the situation as best as I could, in French, and, even though she didn’t speak English herself, she notified the doctor we were Anglophones. I wasn’t expecting it, but it was comforting to be addressed in our native language. The doctor examined my arm and, although she agreed it probably wasn’t broken, sent me upstairs to have it x-rayed.

We took the elevator and started to follow the signs to radiology, when we were stopped by an orderly. He took a look at the slip of paper the ER doctor had given me and instructed us to follow him. He handed the paper to a woman stationed behind another glass partition and pointed us to a corridor. “Go wait in the first room to the right,” he said and then he disappeared.

Feeling pretty happy we had just by-passed the jam-packed waiting room for radiology, we tried to follow his directions. We found ourselves in a darkened room that looked like it was under construction. (Either that or it was being used as a film set for a hospital post-apocalyptic world).

We stood looking at one another until a technician entered the room and, with a confused look, asked us what we were doing there. He then pointed us to a waiting room… the third right, in the same corridor.

After another short wait, the same technician beckoned me into the x-ray room.  He manipulated my arm into a series of painful positions and took six different views of my arm. Then he sent us back down to the ER to wait for the results.

After waiting another 15 minutes or so, we were called back into the ER. The doctor told me the arm definitely wasn’t broken (hurrah!) and I just needed to keep resting it. The nurse returned and rubbed some cooling gel on my sprained muscles, wrapped my arm up and sent us on our way.

In fact, our longest wait was back where we started, as we tried to pay. There was still only one clerk dealing with patient intake (and now taking payment from several people), while everyone else in the room ignored the lengthening cue. It seemed an inefficient system to say the least.

Our final bill however, was a happy surprise. The admission to emergency, plus the x-rays, cost us 100 Euros; far, far less than an uninsured ER visit would cost in Canada. We were also in and out in around two hours; nearly unheard of in an ER back home.

Other than a typical (for Belgium) lack of clear signage and a rather inefficient ER intake, my Belgian Emergency Room experience was a positive one. The staff was friendly (both the ER doctor and technician spoke English without me even asking), the wait times were pretty short, and the price was reasonable (at least by North American standards). My arm however, is still on the mend.

Do you have experience with the medical system or a particular hospital in Belgium? We’d like to hear your experiences too. Tell us the good, the bad and the ugly, in the comments below.

Alison Cornford-Matheson
Alison Cornford-Matheson is a Canadian travel writer, author, and photographer. She is the founder of Cheeseweb.eu, a website dedicated to slow and sustainable travel, off-the-beaten-path destinations, and cultural awareness through travel. She and her husband, Andrew, are the founders of RockFort Media, committed to helping entrepreneurs tell their stories online. Alison has visited over 45 countries and, after living in Belgium for 11 years, now lives full-time in a Bigfoot motorhome named Yeti with Andrew and their well-travelled cat.
Latest posts by Alison Cornford-Matheson (see all)
Pin
Share34
Tweet5
Flip
Email