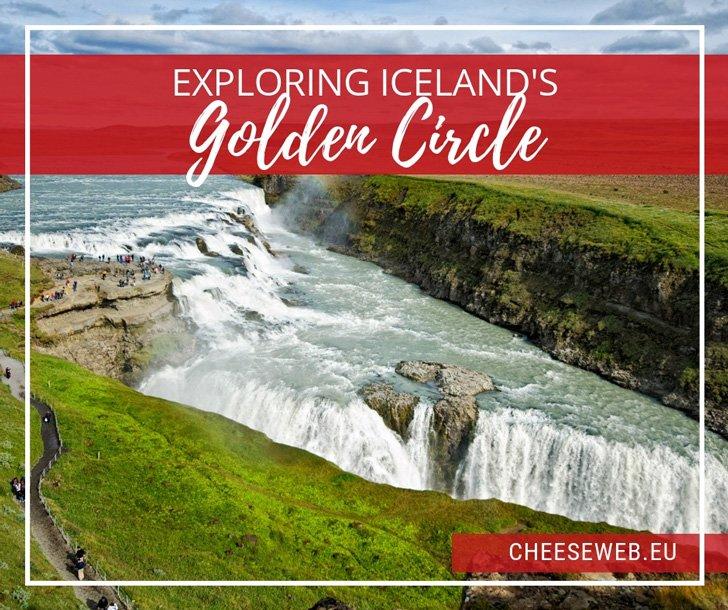 This entry is part 2 of 3 in the series Exploring Iceland.
THIS POST MAY CONTAIN COMPENSATED LINKS. FIND MORE INFO IN MY DISCLAIMER.

If you’re looking for dramatic landscapes and incredible natural phenomena; if you crave wide open spaces without another person in view; if you want to be inspired and have your breath taken away, all without venturing too far from the comforts of a capital city, Iceland’s Golden Circle is the place for you.

The Golden Circle is a popular tourist route in the Southwest of Iceland. It covers the three most popular tourist attractions in the country: Thingvellir National Park, Gullfoss Waterfall, and the geysers of Haukadalur.

We visited the Golden Circle, last summer, as part of our four-day stop-over in Iceland. We chose to rent a car, for flexibility, but there are many guided day-trips running from Reykjavik. Despite the popularity of the Golden Circle, however, we still found many beautiful vistas to ourselves.

Nearly Empty – Despite its popularity the Golden Circle still has wide open spaces.

Our first stop was Thingvellir National Park; written as Þingvellir, in Icelandic. This park is roughly 240km2 and was added to the UNESCO World Heritage Sites list in 2004 for its historical, cultural, and geological importance to Iceland.

Thingvellir was the site of the original Icelandic parliament in 930. It is also the spot where the North American and Eurasian tectonic plates meet and is home to the largest natural lake in Iceland.

Driving on the main roads in Thingvellir is easy, and the route around the Golden Circle is clearly marked. Of course, Andrew wanted to venture off onto some of the side roads, where we found ourselves virtually alone. Around every bend, we saw beautiful scenes which kept my camera busy working overtime.

The next stop on our Golden Circle adventure was to see the geothermal activity at Haukadalur. Haukadalur is home to several geysers; one of which, Geysir, is where we get our English word for thermal waters erupting from the ground.

There is nothing more mesmerizing than watching a pool of water bubble and boil until it finally erupts and jets into the air. This happens frequently, about every 5-10 minutes, with Geysir and Strokkur, the two main geysers at Haukadalur.

There she blows! Geyser erupting in Haukadalur

The landscape around the geysers is eerie. Steam rises from the ground and puddles bubble and boil. It is easy to see why Icelanders are such strong believers in fairies, trolls and other magical creatures.

But extreme practicality comes into play in Iceland as well. The same geothermal activity that gives Iceland its geysers also provides 26% of Iceland’s power. It offers 87% of the heat and hot water to Iceland’s buildings. The rest of the country’s power comes from hydro with only 0.1% coming from fossil fuels.

Hot stuff – run-off from the geysers

Speaking of hydropower, the final stop on our tour of the Golden Circle was Gullfoss, one of Iceland’s most spectacular waterfalls.

Called the Golden Falls, in English, Gullfoss is one of the most dramatic waterfalls we’ve ever seen. The Hvítá river drops 32 metres into a crevice in the earth, dumping between 80 and 140 m³/s of water over the edge.

Gullfoss Waterfall – Words and photos don’t do it justice

One of the strange things about Gullfoss is you can’t see it until you are standing right above it; the river seems to vanish into the earth. Hiking down the steps to stand beside the waterfall, is well worth it, even though you eventually have to climb back up!

From the top of Gullfoss, on a clear day, you can also see another of Iceland’s natural wonders in the distance, the Langjökull glacier. We were lucky enough to have unobstructed views of Iceland’s second largest glacier.

Langjökull glacier visible in the distance

We spent a full day travelling around Iceland’s Golden Circle, and although we saw the major sights, we barely scratched the surface of what this spectacular area has to offer.

For the more adventurous, you can rent off-road vehicles and explore Iceland even more in-depth – something we’d definitely consider doing next time.

Alison Cornford-Matheson
Alison Cornford-Matheson is a Canadian travel writer, author, and photographer. She is the founder of Cheeseweb.eu, a website dedicated to slow and sustainable travel, off-the-beaten-path destinations, and cultural awareness through travel. She and her husband, Andrew, are the founders of RockFort Media, committed to helping entrepreneurs tell their stories online. Alison has visited over 45 countries and, after living in Belgium for 11 years, now lives full-time in a Bigfoot motorhome named Yeti with Andrew and their well-travelled cat.
Latest posts by Alison Cornford-Matheson (see all)
Pin48
Share33
Tweet10
Flip
Email
Read more from this series...
Series: Exploring Iceland