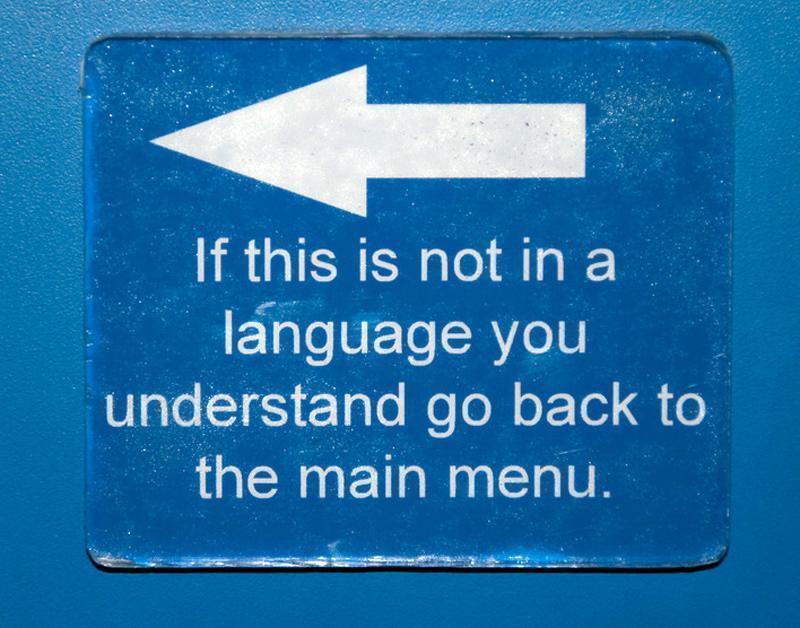 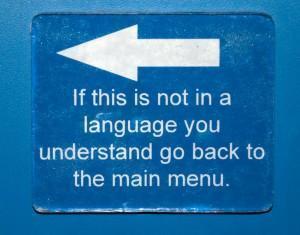 This second post in my Flashback series looks at the pitfalls of being an English speaker in Belgium. When I first wrote it, we were living in Flanders and struggling to learn Flemish. Five years later, I still don’t speak Flemish. In fact, since we moved to Brussels, the little bit of Dutch I had picked up has totally lapsed.

It is very easy to be lazy about language in Brussels, as so many people speak English these days; And it’s not just because of all of the expats in the city. Often, the common language among French and Flemish Belgians in English. There is more and more English popping up on signs and used in slogans. More websites are defaulting to English and English menus are more commonly available. Despite this, I still think it’s important to try and speak the local language. My French, although far from perfect is much better now that I use it frequently in Brussels. There’s still part of me that feels I should learn Dutch, even though I don’t have occasion to use it.

As I suggested when I wrote this post, I still can’t imagine how much more difficult it is to travel as a non-English speaker.

I just got back from a photography exhibit where one of the images was titled Language is a Foreign Country. It was the title, rather than the image however that struck a chord with me and filled me with questions.

Language has been on my mind quite a bit lately: my struggle with learning Dutch is ongoing; my lapsed French is improving while spending time in Brussels; and I have been traveling a fair bit recently. All of this has caused me to think about the implications of being a native English speaker. I can’t help wondering what it would be like to be an expat who doesn’t speak English.

The first time I visited Europe, I was almost paralyzed with the fear that I would not be able to communicate effectively.  During my first trip to the Netherlands, I quickly learned that just about everyone I came in contact with could speak English. I found it easy to order food, use the public transportation and shop. All but the smallest of museums had descriptions in English and I could even buy books and newspapers in my native tongue.

When Andrew and I first arrived in Europe as expats, we were living temporarily in Amsterdam. By that time, we had made several trips to Europe and picked up a few Dutch words and phrases. Even when I used these phrases, I would be responded to in English.

Recently I have made trips to France and Finland where, in both cases, I was greeted warmly and enthusiastically in English. But I ask myself how I would cope if my native language was something more obscure.

When we made our permanent move to Everberg, it was the first time that I really started to notice a language barrier. People were still communicating with us in English, usually even when we were speaking French. (I hope this isn’t an indication of how bad my French has become). However, all of our correspondence: bills, rental contracts, and insurance papers were in Dutch. Looking at the unfamiliar combinations of vowels and consonants made my head spin. Suddenly it really began to sink in that we were in a foreign country.

It is easy enough for us to find a co-worker or neighbour to help us translate things into English. But what if we were Russian or Malaysian?

As an English speaker this can be a blessing and a curse. While I am much less afraid now that I won’t be able to communicate when I travel, I have to wonder how authentic my travel experience is. If language really is a ‘foreign country’, am I missing some crucial aspect of the culture if I don’t have to try to communicate in the native language?

While it seems essential to the success of tourism for there to be a universally recognized language, is English changing the native culture of those who learn it?

Whatever the case, I have suddenly gained a great deal of respect and appreciation for the courage it must take for a non-English speaker to be in my shoes and I will attempt to pick up at least a little bit of the languages of the foreign countries to which I travel.

What are your thoughts on the English language? Should it be universal or should we make an effort to learn the languages of the places we visit?