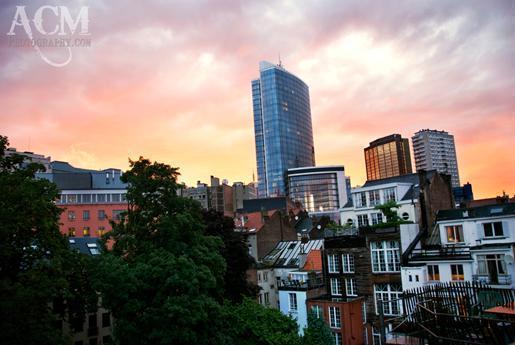 Belgium is 6th Most Urban Country

Saint-Josse-Ten-Noode – the most densly populated commune in Brussels.

97.4% of Belgium’s population live in urban centres; I was shocked to learn today. Expatify had an interesting post listing countries with the highest percentage of their population living in urban areas. Belgium came in at number 6.

It’s true that Belgium is a small country that doesn’t have a lot of wide open spaces. However, with the fields of Flanders and hills of Wallonia, I would have never guessed that it would beat out countries like Kuwait and Quatar in terms of urbanisation.

Oddly, just this morning, Andrew and I were talking about living in Brussels. I was recalling how as a high school student, I was adamant I never wanted to spend my life living in a big city. Now I can’t imagine not.

I grew up in Saint John, the largest city in New Brunswick. With a population of around 68,000 in the city centre (122,500 for the metropolitan area), it’s not exactly a metropolis.

I moved to Halifax for university and before moving to Europe it was where I spent my adult life. The Halifax Regional Municipality is the largest city east of Quebec City, with a population of around 380,000. At over 3 times the size, it was the big city compared to Saint John.

The fields of Flanders – How could this be the 6th most urban country?

Now I find myself in a city of over 1.8 million people. My commune, the smallest in the city at 1.1 square kilometres has the highest population density of the Brussels’ 19 communes, with 20,822 inhabitants per km². Saint John’s population density is 215.7/km2 I guess that explains why the roads seem so empty now when I visit home.

While Brussels seemed enormous when we first arrived, I realise the perception of size is all relative. I was speaking with a Brazilian who came here years ago for university. He couldn’t believe the capital of Europe was so small. Our friends from Bangalore, India had similar responses upon arriving in Brussels. They wondered where the heck everyone was.

These days I don’t find Brussels seems that big at all. I think there are two main reasons why the city doesn’t seem as big as it actually is. First of all, it’s divided into 19 communes. Each of these has its own distinct personality. They are separate communities within the city. Secondly, Brussels has a lot of green spaces, so you are always within easy escape of the busy streets.

Living in the country with the 6th highest urbanisation rate, means just about anywhere we go next will have more open spaces. What’s’ that you say? Singapore is 100% urban? Monaco is the most densely populated? Maybe it’s time to re-think some of our future choices.