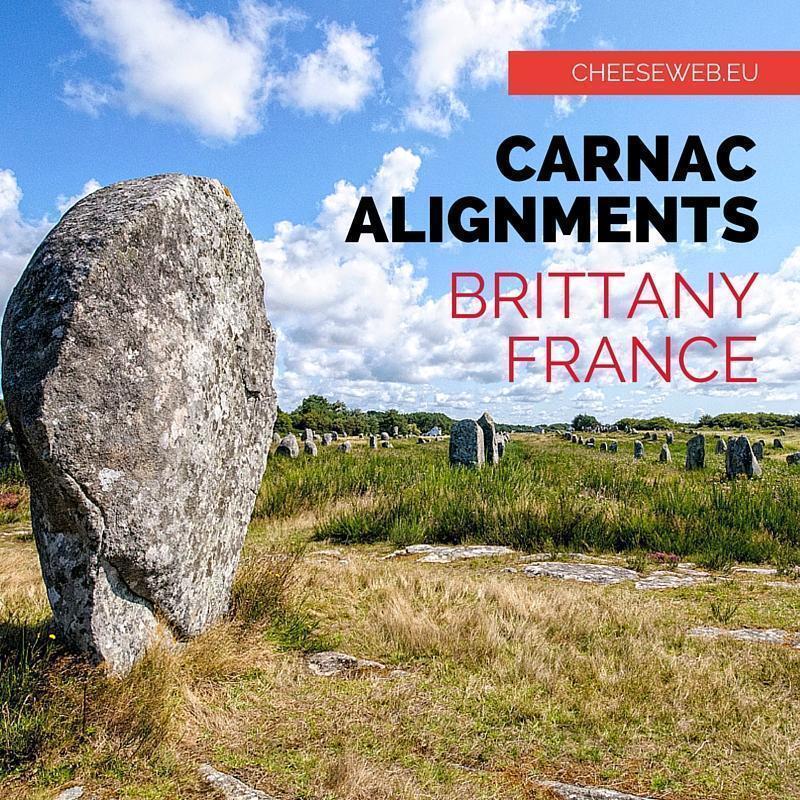 More immense and more mysterious than Stonehenge, the Carnac Alignments in Brittany, France is the most amazing historic site you’ve never heard of.

The mystifying stone structure, Stonehenge, is instantly recognisable. Photos and stories of its powerful presence on the English landscape bombard us in travel magazines and websites. Despite a less than optimal visit to Stonehenge several years ago, I can’t deny my own fascination with this mysterious site. Until recently, I thought it was the most impressive ancient site in Europe.

But this summer, we discovered a Neolithic site that trumps Stonehenge, not only in sheer scale, but also in mysterious origins. The site is the Carnac Alignments, on the coast of Brittany, France and it may just be the most amazing historic site you’ve never heard of.

Our discovery of the megaliths of Carnac was a happy accident. We planned a weekend in Carnac, on Brittany’s Gulf of Morbihan, purely based on a great price and excellent reviews of a boutique hotel. (We can highly recommend the Carnac Hotel & Lodge if you visit Brittany). It wasn’t until after we booked our stay, I started researching things to do in the area and stumbled upon the Carnac Stones.

I am fascinated by the history of ancient civilizations. Throw in a bit of controversy and mystery and it’s an irresistible combination. The Carnac Alignments, and the megaliths scattered around the area, offer all of this and more.

The commune of Carnac has more than 3000 standing stones from the Neolithic period. These standing stones, or menhirs, are dotted around the landscape, but appear in their highest concentration at the Alignments also known as the Carnac Stones. Here, there are more than 2800 stones erected in lines stretching almost as far as the eye can see. It is the largest megalithic site in the world.

A tiny fraction of the scale of the Carnac Alignments

There are three sets of alignments, which many believe were originally a single group split up over the years. The largest of the three, the Ménec alignment consists of eleven rows of stones in an 1100X100 metre area. The Kermario alignment has of 1029 stones in ten rows and the Kerlescan alignment contains about 555 stones.

While our visit to the alignments wasn’t accidental, as our happening upon Stonehenge was, they do sneak up on you when arriving by car. They are: Right. There. Beside the road, with only a low fence to protect them.

Fences offer little separation from the Alignments in Carnac, France

In fact, they weren’t protected at all, until recently. Over the years, many of the stones were quarried and turned into building materials for the village houses. Until the 1970s, the Ménec Alignments were being used as a car-park. I was shocked to learn the Carnac Stones aren’t a UNESCO World Heritage Site, although they are now designated by France as a National Monument.

On the upside, visiting the Alignments is relatively easy. A visit begins at the Maison des Mégalithes, in front of the Ménec Alignment. The visitor centre is small but shows a short informational film about the site. There is a viewing platform on the roof where you can get a higher vantage point on the alignments. Most importantly, this is where you book guided tours of the site. For 6 Euro (at the time of writing) the tours, given in a variety of languages, are a steal, and the best way to experience the Alignments.

Up close and personal with the Carnac standing stones

Following our guide, we passed through the gate and came face to face with the stones. Here, we learned some very interesting facts about the alignments. First, they are not straight rows as they appear to the naked eye. In fact, the builders understood perspective and chose to manipulate it. The rows at the ‘top’ of the Alignment are closer together than they are at the ‘bottom,’ making the rows appear perfectly straight.

Second, the builders altered the size of the stones in a similar way, playing with the optical illusion. The stones at the western end are tall, up to 4 metres. They shrink down to almost half a metre in the middle, and then grow again at the far eastern end.

A bird’s-eye-view of the ‘straight’ Alignments

Unlike at Stonehenge, the Carnac stones were quarried locally and the remains of one pit was found in the Ménec Alignment. This has given archeologists an informative look at how the stones were cut and erected.

It’s amazing how little of the stones are buried in the ground, (which also explains why so many have toppled over the years.) Because the land around the Alignments had been used for everything from a pasture to a parking lot, it has been vital to re-establish the native plants to help anchor the stones and keep them upright.

With the exception of a few paths, native plants have been allowed to regrow.

Of course, the most fascinating aspect of the Carnac Alignments is why. Why would an ancient civilization take so much time and effort to erect thousands of giant stones in seemingly straight lines?

Why are these incredible stones standing at Carnac?

The answer is no one knows. There are several theories of course, but they are even more contested than the theories behind Stonehenge.

Some researchers believe the alignments were used for ceremonial purposes or to honour their dead ancestors. Others believed they were a sort of celestial star-map or somehow connected to the rising and setting of the sun. Another theory is the stones were erected to ward off enemies. Certainly, picking a fight with a civilization with the technology and sheer strength to build these amazing alignments wouldn’t be wise.

The most complicated piece of the puzzle is the lack knowledge about the civilization itself. While the alignments stand as proof of these early people, no settlement was ever found. We don’t know where or how the builders of the Alignments lived. Researchers believe the answers could be preserved in the gulf. The rising waters may have covered the Neolithic village, which is now buried in the mud and sand somewhere.

We may never know the secrets behind the Carnac Alignments

For me, the mystery is what makes this site and others like it so fascinating.

While in the Carnac area, you should take the time to visit some of the other Neolithic sites as well. There are dolmens, tumuli (burial mounds), and more standing stones than you can count. Many are so accessible you practically trip over them.

But if you only have time to see one site in Carnac, make sure it is the Alignments. This site deserves to be better known. Then again, maybe we should preserve the mystery.

Alison Cornford-Matheson
Alison Cornford-Matheson is a Canadian travel writer, author, and photographer. She is the founder of Cheeseweb.eu, a website dedicated to slow and sustainable travel, off-the-beaten-path destinations, and cultural awareness through travel. She and her husband, Andrew, are the founders of RockFort Media, committed to helping entrepreneurs tell their stories online. Alison has visited over 45 countries and, after living in Belgium for 11 years, now lives full-time in a Bigfoot motorhome named Yeti with Andrew and their well-travelled cat.
Latest posts by Alison Cornford-Matheson (see all)
Pin5
Share85
Tweet5
Flip
Email