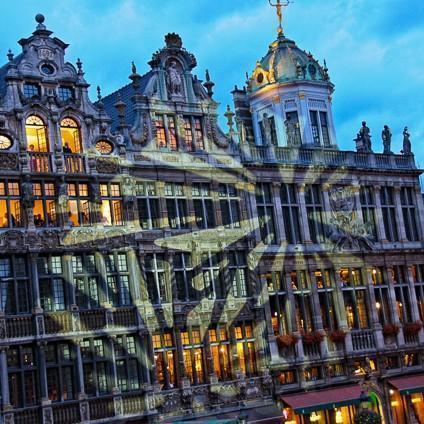 A Love Letter to Belgium 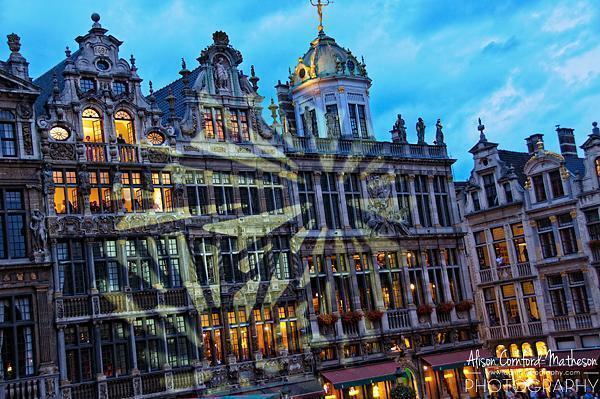 Belgium, I love you

We’ve been together now for almost nine years, and it’s occurred to me I’ve never really told you how I feel about you. Oh sure, I brag about you to all of my friends, like any love-sick fool would do, but I’ve never taken the time to put down in words just how much our relationship means to me.

When we met, way back in 2004, I had no idea we would become friends, let alone become involved in a long-term relationship. Now I can’t imagine you not being a part of my life. Even though I left Canada to be with you, it remains in my heart, just as you will, wherever I go in the world. Being with you has influenced the person I’ve become and I will be forever changed by our relationship.

But it hasn’t always been easy between you and me.

I would love to say our eyes locked across a crowded room and it was love at first sight. But you and I both know our relationship was far rockier than that.

In fact, the first two times we met, I was with my first European love, the Netherlands, and her flashy beauty overshadowed your somber, grey, seriousness. It was winter and you were in your usual funk. You barely smiled at me and I left with no idea of the depths buried under your gloomy facade.

I was influenced by the rumors I had heard about you as well. “Belgium is boring. Don’t bother,” they said, and I’m ashamed to say, I listened.

Despite my initial misgivings, in 2005, we moved in together. It was meant to be a two year deal…roommates you could say. You accepted my husband, Andrew, and me into your borders on a temporary basis. I had my doubts this trial period would last, in the end, you surprised me Belgium.

You weren’t so easy to get along with, and honestly neither was I. You snubbed me with your language, cut me off from my friends and family, and kept Andrew far from home, stuck in your traffic jams; (I suspected you were jealous, but I assure you, there’s room enough in my heart for both of you.)

I’ll admit I was scared to get to know you. I was afraid to put myself out there and take risks. I spent a long time fighting with my own emotional baggage, and not enough time trying to get beneath your surface. You have to understand, the place I was in was not a pretty one. I had given up my career, lost my identity, and I felt alone and resentful. I was drawn to the idea of an exciting new relationship, but had little to give of myself at that point. I needed to find me, before I could truly love again.

Your endless gloomy moods depressed me, but then, just when I’d be on the brink of giving up, you’d open up and show me some wonderful side of you. You never revealed your secrets easily; a hidden castle here, a beautiful garden there. I had to work hard to encourage you to open up to me. But an incredible meal or a hint of hospitality would be all I’d need to stick it out with you a little while longer.

That was when I realized I was falling in love with you. You, in turn, began to reveal yourself to me even more. Like the shy girl next door, who everyone overlooks, you put on your party dress and we saw the diva within. I was hooked.

As our bond grew stronger, I wanted to explore every inch of you. Instead of always racing off to visit our glamorous neighbors: France, Germany, the Netherlands; I stayed home and travelled within your borders. I discovered a level of complexity and diversity I had no idea you possessed. I saw the humble passions of your people and the beauty of your tiny frontiers.

There was so much more to you than the beer, chocolate, waffle stereotypes (but of course, you know I love you for those too). In fact, it was your talent for food that drew me in; from Michelin stared extravagance to eating shrimp croquettes on the street. You knew they way to this girls heart, was through her taste-buds.

Your appreciation for art surprised me, as did your love of music and theatre. Who knew you were such a festival buff? I had no idea how many artists, authors and inventors you influenced. You definitely aren’t one to brag.

So I did the bragging for you. I couldn’t stop talking about you. I’m sure I drove our friends crazy with ‘Belgium this’ and ‘Belgium that.’ But you know how it is with a new love; you just can’t get enough. I became your biggest fan and have spent 8 years writing about you to anyone who would listen.

Last year, we decided to tie the knot and make our relationship official. You were hesitant at first, throwing up your defenses of paperwork and bureaucracy. I saw through your games and knew if I persisted you’d let me in.

Things between us are good now. Oh sure, you still get on my nerves occasionally with your split personality – one day Flanders, one day Wallonia; your need to overcomplicate everything with your layers of government; and your interminable moody periods – seriously do you have to be grey and moody so often?

But what long-term relationship doesn’t have its struggles? I know I do things to annoy you too. I insist on butchering your languages and I’m always popping off to spend time in other countries. But here’s the thing; just as I have the capacity to love other countries in the world, you too have a heart big enough to welcome countless other foreigners. Whether they stay with you for a few days or a lifetime, you welcome them, quietly, humbly and in your own understated way. If they are patient and take the time to get to know you, they can’t help but love you like I do.

We’ve forged a love that will remain, despite the odds. You’ve made me a better, stronger, more confident person. Meeting you has changed my life in ways I never could have dreamed. You will always be part of me.

Belgium, I love you.