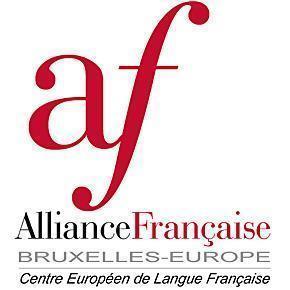 Last month we had the great pleasure of meeting Assiye, who house-sat for us while we were in Morocco. Making the most of her month in Brussels, she enrolled in an Alliance Francaise French class. Today she shares her story:

Most people come to Brussels for work or for love, I came to Brussels for two Canadians and their cats. Having been travelling and housesitting in the UK for several months while working freelance, a month long housesit to get away from the grey and damp misery of London in January seemed like a good idea. Until of course, I arrived in the grey and damp misery of Brussels in January. But a change of scene is as good as a holiday as they say, and Brussels didn’t seem to be as miserable. I don’t know if it’s the endorphins released from all that chocolate or the “table beer” they start drinking from an early age, but the Bruxellois seem to have an easy appreciation of life and a tolerance for bureaucracy, traffic and cigarette smoke that would make a Sicilian taxi driver proud.

Staying just a 10 minute walk from the Alliance Francaise which offers month long courses in French seemed too good an opportunity to pass up.

Within 20 minutes of taking a number and inquiring about courses, I was sitting in a classroom with my textbooks looking as lost as the other 10 students. What I didn’t realize when signing up for the course, was the fact that it’s total immersion learning, meaning only French is spoken at all times. For a group of beginners, this is easier said than done.

Having rejected French at school in favour of German during my unfortunate radical Marxist phase, I always regretted not having a head start in the language after falling in love with French culture in my twenties. Despite taking French classes before with little success, I’d never actually taken them in a French speaking country, so I figured this was the key to making real progress.

Fortunately, our teacher Catherine was fluent in universal sign language for the francophonically challenged. Three mornings a week, she had us transfixed with her assortment of brightly coloured boots which implied she had a sense of fun, and thick heels that showed she meant business.

Our class was a motley crew of women and two brave men, aged between 19 and 70, from countries as diverse as Azerbaijan, Serbia, India and Australia. Their professions included an economist, a lawyer, a historian, and one cat au pair. Catherine handled our cultural differences and our fumbling communication attempts with good humour and the patience of a Trappist monk after a long brew.

Assiye with her multicultural French class

After class, we’d head down the street to Filigranes bookshop and café where we would wave our Alliance Francaise bags at the friendly bag attendant like diplomatic passports. After 2.5 hours of speaking only broken Tarzan French, we all felt the need to express ourselves in a familiar language. This combined with the caffeine and sugar hit from the coffee and cakes we would proudly order with our newly acquired French, resulted in a dose of verbal diarrhea that would have us heatedly discussing everything from the Balkan conflict to where to find a Spanish speaking babysitter.

Sadly the month went past all too soon, just when I felt like I was getting a grasp on the language and the curious cultural and social mix that is Brussels. My determined classmates are continuing their lessons and I hope to continue mine, albeit in a different country.

Despite a wet and windy month in Brussels, I will always remember the city with warmth; the smell of coffee and new books, the welcoming atmosphere of the school, Catherine, and the camaraderie of new friends and new beginnings. Not to mention the equally warm Canadians and their two cats, who started this adventure in the first place. I won’t say au revoir to Brussels, but a bientot.

Have you taken a French class with Alliance Francaise or another school in Brussels? We’d love to hear about your experience in the comments below.

Assiye
Assiye is Turkish by birth, Australian by accident and a nomad by nature. Having been an immigrantfor a long time with incurable homesickness, she believes in belonging to where you are: making the most of the people and places you encounter whether travelling or living abroad.
Latest posts by Assiye (see all)
Pin3
Share66
Tweet7
Flip
Email