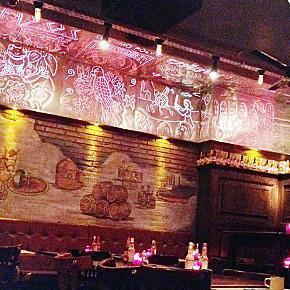 We have loads of food options in Brussels. I’ve fallen in love with cuisines I had never even tasted before settling in Belgium. But still, there is no decent Mexican restaurant in Brussels.  If we want a nice, sit-down dinner of incredible Mexican food, we need to drive to Amsterdam. We NEED Los Pilones.

I’ve mentioned Los Pilones on CheeseWeb before, in passing, as our favourite Mexican restaurant anywhere. Last week, after over a year, we had a chance visit to Amsterdam and took the opportunity to get our Los Pilones fix. It occurred to me, I had never written an actual post about them and our long history of dining there. You could call it an addiction, (and you’d be correct).

Don’t get me wrong. We (finally) have a couple of options to get our Mexican food fix in Brussels. If you haven’t tried Mexigo yet, stop what you’re doing and go right now, (unless it’s dinner-time, because it is only open until 8pm and, actually, it’s more of a take-away, than a sit-down restaurant).

If you want a sit-down South American meal, you can visit El Verde (formerly El Vergel). It is also fresh and delicious, but only open until 8:30pm from Wed-Fri. It’s not specifically Mexican food, as such, either.

So a real, sit-down, Mexican restaurant is still seriously lacking in Brussels (and if you dare mention Chi-Chi’s around me, I will slap you. Really. It’s for your own good.)

If you’re like us, and crave authentic Mexican food, you need to make a trip to Amsterdam and you need to visit Los Pilones. We’ve had a few moments of weakness over the years, when our craving for Mexican food was so strong; we drove to Amsterdam for dinner and then back home again. (Europeans, I assure you, it can be done.)

When we first moved to Amsterdam, way back in 2004, we were exploring the city as any inexperienced travelers would; following our guidebook recommendations. The book led us to the Heineken Experience, where we met a fellow Canadian, who was promoting an English comedy show, called Boom Chicago. 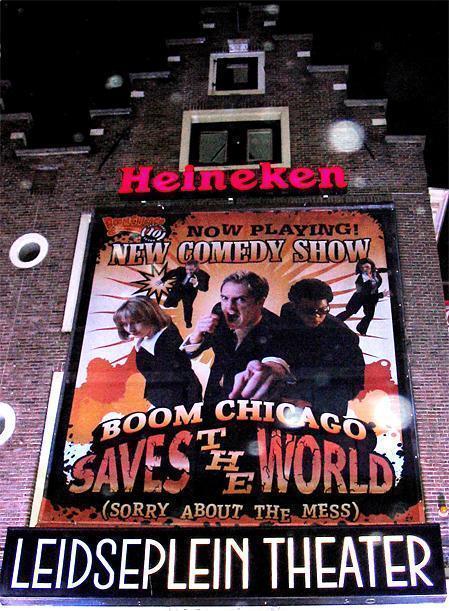 Thank you Boom Chicago. Without you, we may never have met our love.

The Heineken Experience was pretty terrible but Boom Chicago was excellent. Even better was the booklet they handed out listing the cast-member’s favourite restaurants. There was a little listing for a Mexican restaurant called Los Pilones, and that, as they say, was that.

We wandered down a little side-street to a dark, yet colourful restaurant. It was tiny and people were packed inside. There was Spanish music blaring from the stereo and a glowing pyramid of tequila behind the bar. I’d like to say it was love at first sight, but honestly we were skeptical and a bit intimidated.

We brushed aside our fears and squished into a cramped table. A server plunked a bowl of tortilla chips and a trio of salsas on the table with our menus. One crunch of the home-made chip and spicy salsa and I was hooked. This was what was missing in my life.

That moment began a love-affair with Los Pilones, that would see us through three moves to Amsterdam and finally to Brussels, where we continue our long distance relationship as best we can.

As we grew and changed, so did it. From that one crowded cantina on Kerkstraat, there are now three flourishing restaurants, including our favourite, in Amsterdam’s Jordaan neighbourhood.

We’ve taken all of the important folks who come to visit us to eat there: both sets of parents, Andrew’s sister, my best friend. We’ve made some lasting (and crazy) memories there: Laughing so hard we made my poor mother cry; doing tequila shots with Katie and her friends; making BIG PLANS with our friends from Married with Luggage; and simply enjoying knowing exactly what each other will order every single time we visit. 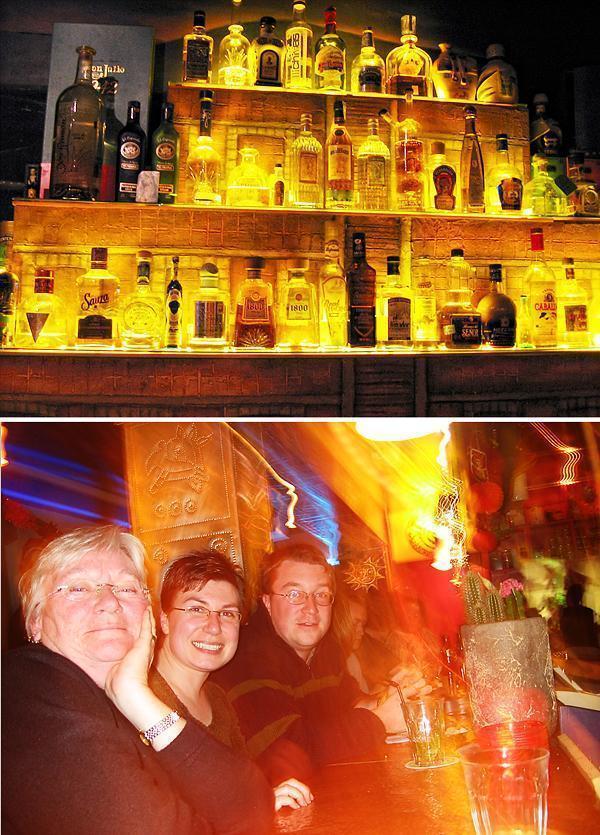 These photos were taken by Andrew’s Dad. Admittedly, many of our evenings at Los Pilones have ended up, er, out of focus… (Photos via Bill Matheson) 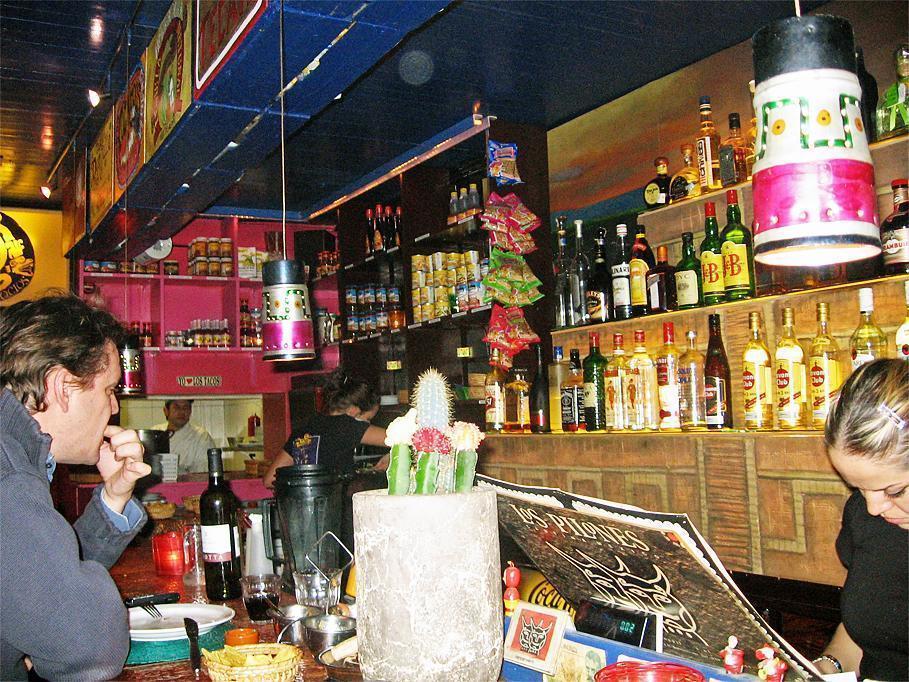 My Dad took this photo, followed by one of my Mom in tears from laughing. I’d be dead if I posted that one here. (Photo via Derek Cornford) 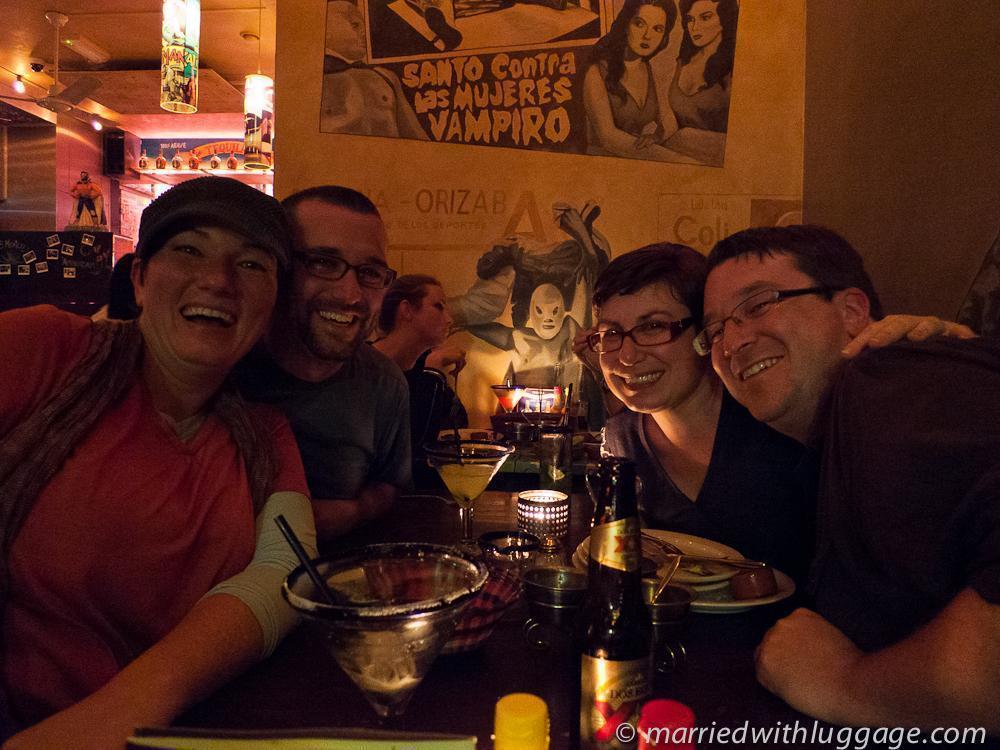 The menu at Los Pilones is short and to the point. When we lived in Amsterdam, and visited frequently, we tried just about everything on it. Now, when visits are few and far between, the order never varies.

We start with Flautas de Pollo; corn tortillas stuffed with chicken and fried until crispy, topped with salsa verde. I order a margarita, freshly made and perfectly tart. My favourite is the traditional lime but the mango version is also excellent. For Andrew, it’s a Mexican XX Amber beer. 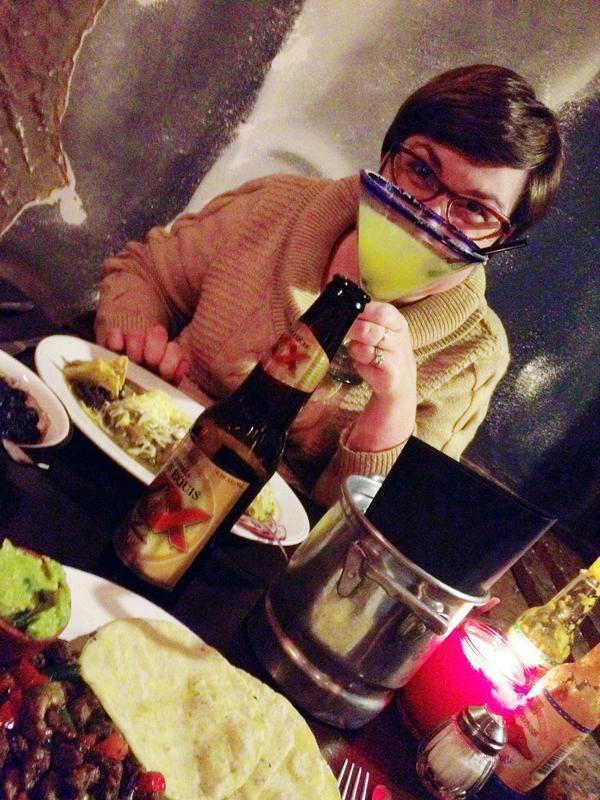 From last week’s visit to the Jordaan location, with all of our favourite dishes.

The brothers who run Los Pilones are indeed Mexican and they are passionate about what they do. We spoke to one of them when we visited last week, about opening a branch in Brussels (Ok, I did beg. Twice.) He said they like to spend time in all of their restaurants and Brussels would just be too far.

No Wolfgang Puck-like restaurant empire for them then. Drat. But in the end, that passion and attention to detail is a good thing. It’s exactly what we love about all of our favourite restaurants in Belgium.

And, in the end, absence does make the heart grow fonder (and the belly grow hungrier). Until we meet again Los Pilones. You’re well worth the 200km drive to us.

Do you have a restaurant you would drive far out of your way for? Tell us about it in the comments below.  For more great restaurants around the world, check out our Restaurant Review page. 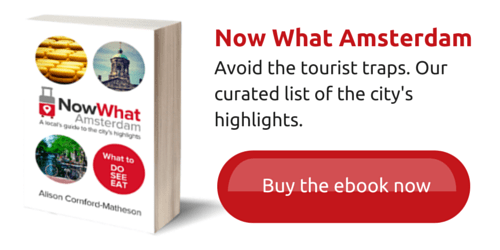