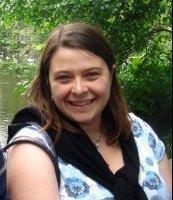 One of the most important steps, an expat can take towards integrating into their new home country, is learning the local language.  Learning a new language can be a daunting task, but one expat in Brussels is here to help. Claire Handscombe is a private language tutor who has recently published an ebook on how to learn a new language, called Conquering Babel.

We took some time to read through Claire’s book and found it practical and inspiring. We asked her a few questions about her expat experience here in Belgium and her new ebook.

How long have you been in Brussels and why did you decide to come here?

I actually grew up in Brussels between the ages of five and twelve. I did some soul-searching around the time I turned thirty, and realised that my life was all the poorer for not having kept up with my good friends here, when they had been so important to me. I got back in touch, started visiting regularly, and eventually decided to move back.

What do you think of the language situation here in Belgium?

What I always remembered when I looked back fondly at my childhood in Brussels was its multilingualism.  I loved the fact that everything was always in at least two languages, and that on the streets you hear a mixture of everything.

As a linguist I am fascinated by “Belgian English” – we  all start to speak it after a while. I bet you’ve used the word “already” or “normally” or “interesting” in ways you didn’t before you lived here.

As to the politics of language – that’s a big question. Language is intrinsically tied to our sense of identity and to our culture, and that’s one of the reasons it’s so emotive for many people, and such a delicate issue here in Belgium.

What is your favourite and least favourite thing about living here?

My favourite is that I feel normal here. Brussels is full of TCKs – people like me who aren’t sure where they belong but know that Brussels fits into the mix somehow. When I am in the UK, I feel a little different from other people. But when I’m here, I feel very British, which in a funny kind of way is reassuring.

My least favourite is that I sometimes feels as if Belgium is stuck in the 1990s – which is great from a nostalgia point of view, but I miss things like cheap internet, mobile phones that are included in a contract, Apple stores, and ubiquitous Costas and Neros, where I used to do a lot of my lessons.

What was the first language you learned and why did you learn it?

I grew up bilingual – French was my first language although English is now my strongest.

I have a really vivid memory of my first Dutch lesson in troisième primaire at the Val Fleuri School in Uccle. We had this funky book with pictures and words next to it, and a plastic film that we covered the words with to see if we could remember them. I seem to remember it was something like “Dit is Wim” and “Dat is Els”: ground-breaking stuff.

I learned Dutch because that’s what you did in Belgium, German when I moved to the UK and that was the only language (other than French) my school offered, and Spanish in evening classes and then at University because I’ve always had a fascination with it.

How many languages do you speak now and what are they?

I speak French and English natively and Spanish fluently. Somewhere in the back of my brain is a smattering of German from my A Level, a few words of Catalan, and enough Dutch to start a conversation before launching into “Kan ik met u Engels spreken?”.

Why do you think learning a second (third, fourth) language is important?

I outline a few of them in my book. It helps you understand your own language better. It stretches your brain. It’s fun. It makes travelling easier. It enhances your career prospects. It opens up your world.

If you’re an expat, I think that engaging with the local culture is part of showing respect to that culture, part of living fully in the moment, part of loving the people around you. If you make the effort to speak in the other person’s language, I think it communicates that you value them and their country.

In your book, you strongly recommend hiring a private language tutor. Why do you feel this step is so important?

You need an iron will to keep going with self-study alone beyond the intial buzz of the first few months. I think it’s very useful from a motivational point of view to know that someone will be regularly asking you how you are getting on – and regularly can be anything from every day to three times a year, according to your needs, learning style and budget.

It’s also useful for practising conversation: in a big group at an evening class, you won’t get much of a chance, and in everyday life getting the point across is more important than accuracy. Practising speaking in a non-pressured environment, where you can take your time to form each sentence, helps to build confidence and to increase your oral skills.

Some people are “external processors”, too – they understand by talking about something. A grammar concept on a page might seem confusing, but when they talk about it with someone, it can become clear. And while a textbook may provide you with correct answers to the exercises, what it can’t do is help you understand why you got an answer wrong, or tell you that your answer is, in fact, also acceptable. It’s good, too, to have a sounding board, someone to whom you can ask the questions that invariably pop up.

Who should buy your book and what will they get from it?

Claire’s book, Conquering Babel, is available for the Amazon Kindle ebook reader but can be read on many other devices. Visit her website for ordering information.  Purchase of the book includes a code which entitles the owner to 10% off French and Spanish lessons with Claire, face to face in Brussels or by Skype anywhere else.

Want to win a free copy? Claire is running a competition for a free copy of Conquering Babel on her website.

Claire Handscombe has been teaching languages to adults for the best part of this century, first in London and now in Brussels, as well as other places thanks to the niftiness of Skype. She also works as a translator and freelance journalist and blogs at conqueringbabel.wordpress.com. She writes fiction under a different name, and like the main character in her first novel, she loves coffee, The West Wing, and unbroken book spines.

Looking for more resources for living abroad? Check out our Expat Resources page.

Alison Cornford-Matheson
Alison Cornford-Matheson is a Canadian travel writer, author, and photographer. She is the founder of Cheeseweb.eu, a website dedicated to slow and sustainable travel, off-the-beaten-path destinations, and cultural awareness through travel. She and her husband, Andrew, are the founders of RockFort Media, committed to helping entrepreneurs tell their stories online. Alison has visited over 45 countries and, after living in Belgium for 11 years, now lives full-time in a Bigfoot motorhome named Yeti with Andrew and their well-travelled cat.
Latest posts by Alison Cornford-Matheson (see all)
Pin
Share20
Tweet5
Flip
Email