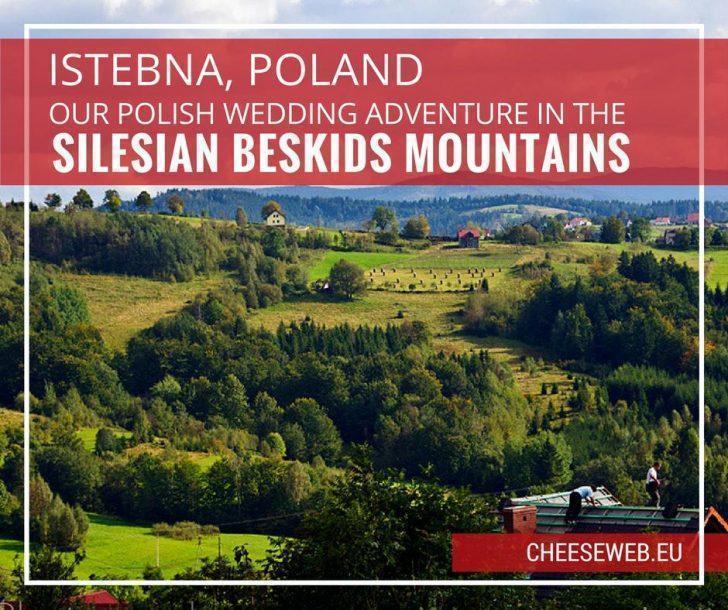 Istebna, Poland – Our Wedding Adventure in the Silesian Beskids Mountains

We attend a Polish wedding in the village of Istebna in the stunning Silesian Beskids mountain range in southern Poland.

Back in autumn, Andrew and I were invited to Poland for a wedding. After a lovely couple of days touring Krakow, and an afternoon at Wieliczka Salt Mine, it was time to head into the mountains and wind our way to the village of Istebna.

When we first looked at a map of Poland, Istebna, when at last we located it, didn’t seem far from Krakow at all. In fact, we contemplated renting a car and driving there ourselves. It would only take 2 hours, tops – or so we thought.

Luckily, the bride and groom had rented a small bus to transport the wedding guests to and from the lodge, in the Silesian Beskids mountain range, where the wedding was to take place. We boarded the bus with the other guests for what we thought would be a short trek to Istebna.

The bus wound through village after picturesque village. We passed farm after farm and climbed and twisted our way up into the mountains. The narrow country roads didn’t allow passing of the parade of farm machinery we were often stuck behind, and the bus laboured up the increasingly steep inclines.

The two hours stretched into three or more, and when we finally arrived at the lodge, it was well after sunset. Andrew and I were relieved we had forgone a road-trip adventure this time around. Otherwise, we would probably still be lost in the mountains of Poland. 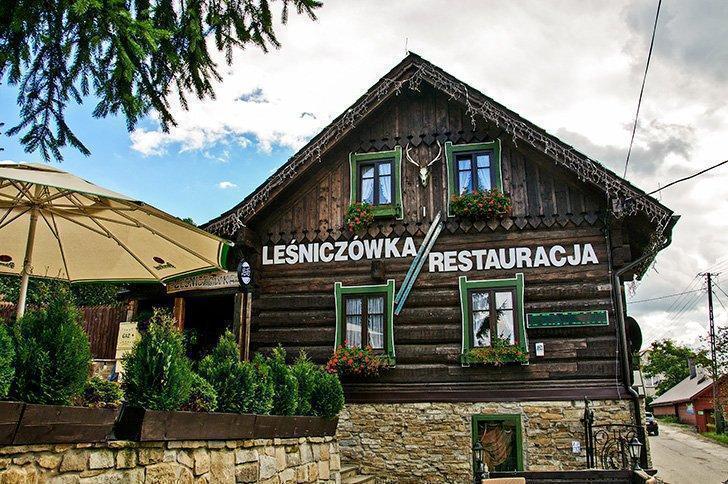 The lodge, Osrodek Wypoczynkowy Lesniczowka, was what you would expect to find in a remote corner of the Alps; all dark wood panelling and rustic. The cabins that would be our home for the next few nights were another story. They were so new you could still smell the freshly cut wood. Looking at the updated photos of the lodge, it has been improved again since our stay, with a completely refurbished restaurant and beautiful rooms.

Each room, in the four-room cabins, had its own little sofa, table and chairs, a modern bathroom and a small terrace that overlooked the most beautiful view. This would definitely do.

One of the views of the Silesian Beskids from our cabin

The next morning, decked in our finery, the wedding guests (Belgian and Polish with two wayward Canadians and an American thrown in for good measure) trooped down the hill to the tiny village church.

Outside, the nondescript grey church did not indicate what awaited us inside. Stepping through the doors, we were assaulted with a riot of colour, like stepping into an Easter egg. Every surface was painted in rainbow colours, including an actual rainbow painted on the ceiling. That which wasn’t painted was covered in gold leafing. It was truly spectacular. 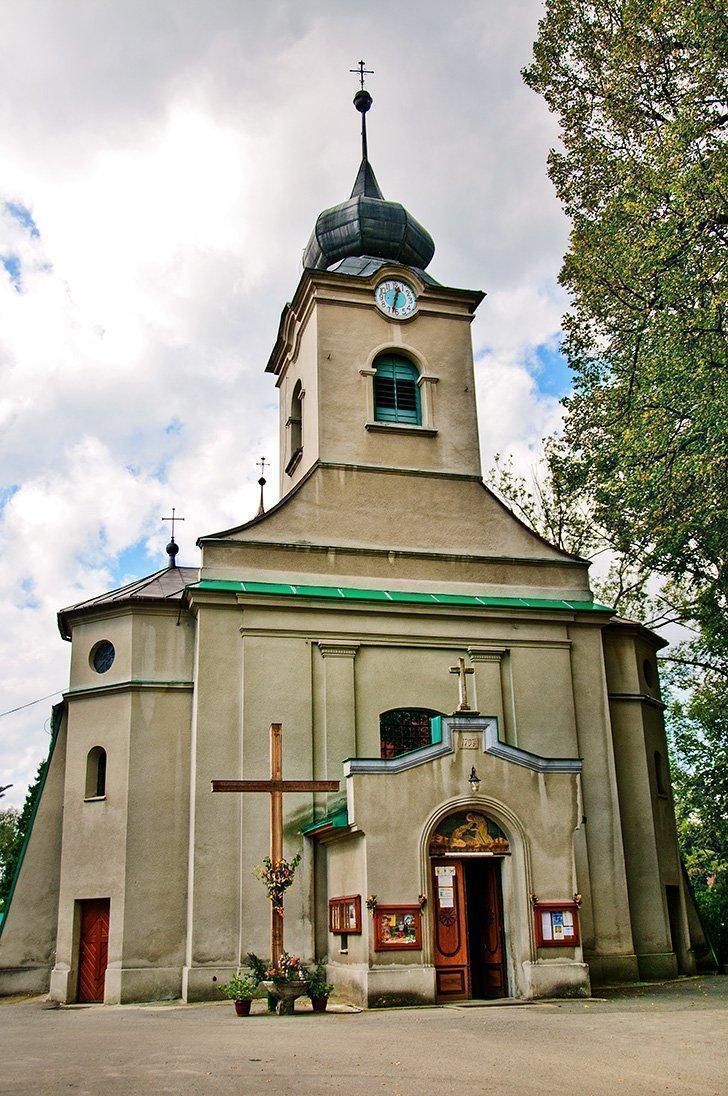 The little church in Istebna is unassuming until you step inside 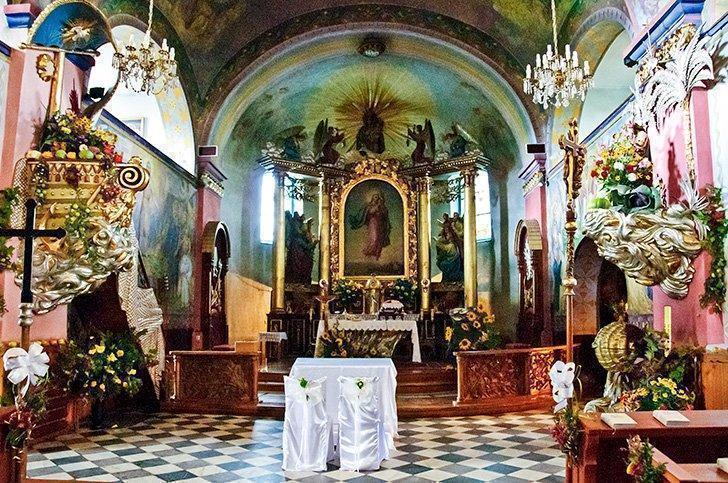 The brilliant interior of the Istebna Church

The Catholic service was held, of course, in Polish, meaning half of the wedding guests had no clue what was going on. The patient priest finally resorted to a series of hand gestures to let us know when to sit and stand.

Once the exchange of rings and kisses had taken place, we went outside for the traditional Polish custom of throwing coins at the happy couple. I would have preferred this to rice any day!

The bride and groom escaped the onslaught and went to be photographed in the mountains, while the rest of us trooped back up the hill to the lodge.

When the newlyweds returned, the feasting began, and Poles are serious about feasting. As the Polish bride told me “When we eat, we drink, and when we drink, we dance.”

So, at 2 o’clock in the afternoon, we toasted the couple, and the first course of food was served. There were pierogi, salads, meats of every description, potatoes in various forms and trays of sweets. To wash it all down, each table had red and white wine and two types of vodka. We stuffed ourselves until bursting and then we danced.

It wasn’t an hour before the waitresses were bringing more food to the overburdened tables. In fact, the food and drink didn’t stop coming until 1 am. The last of the revellers staggered back to their cabins after 3 in the morning. We were stuffed fatter than the Polish sausages we had been devouring all evening and more than a little tipsy on the endless varieties of vodka we had sampled.

Things were quiet around the lodge the next morning. When we finally emerged in slow motion from our cabins, we decided a walk in the brisk mountain air would do us all some good. Fortified on leftovers from the previous night’s feast, we followed a path over the mountain to the next village. 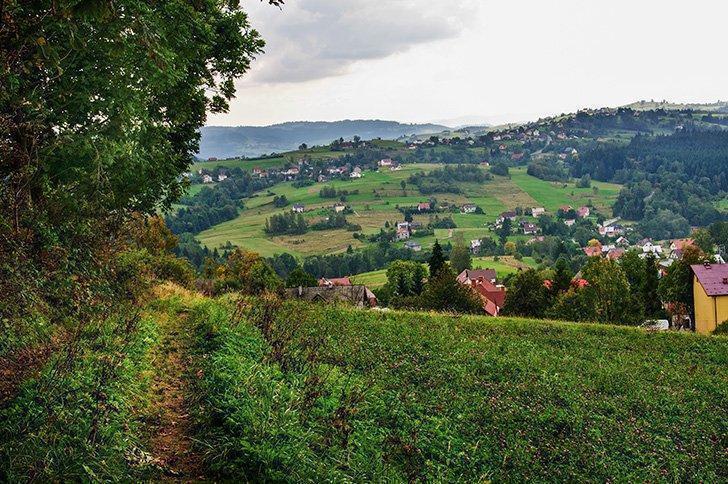 Trekking over the mountain to see what’s beyond Istebna

Istebna and the neighbouring villages were in the midst of the harvest festival, and there was a party spirit in the mountains. We descended the slope into a party of Poles, drinking beer and watching performances of folk music and dancing.

Festival in the Silesian Beskids mountains of Poland from Alison Cornford-Matheson on Vimeo.

After enjoying the festival for a few hours, we made our way back to the lodge by traditional horse cart. The mountain air had cleared our heads and made more room in our bellies for yet more delicious food. 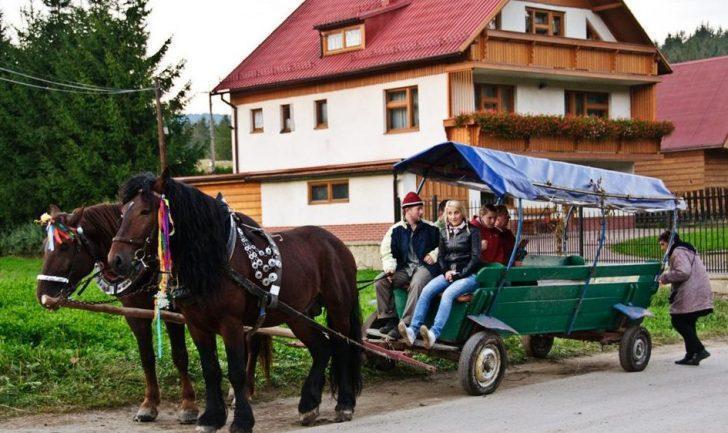 Andrew and I were up early on our final morning to take a van back to the airport. We were greeted with a beautiful sunrise over the hills that highlighted the light mountain mist. It was a stunning farewell to a country that had treated us so well. Then and there, we vowed to return. 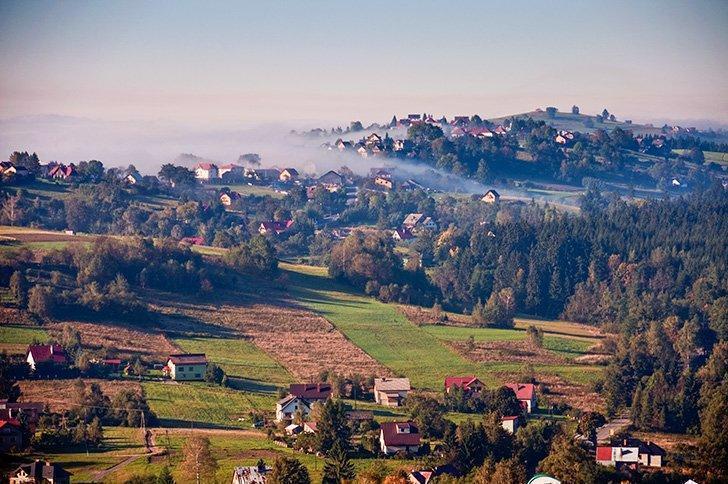 Visit ACM Photography for more photos of Poland and the Silesian Beskids Mountains. Have you been to Poland? What was your favourite place to visit? Leave your comments below. 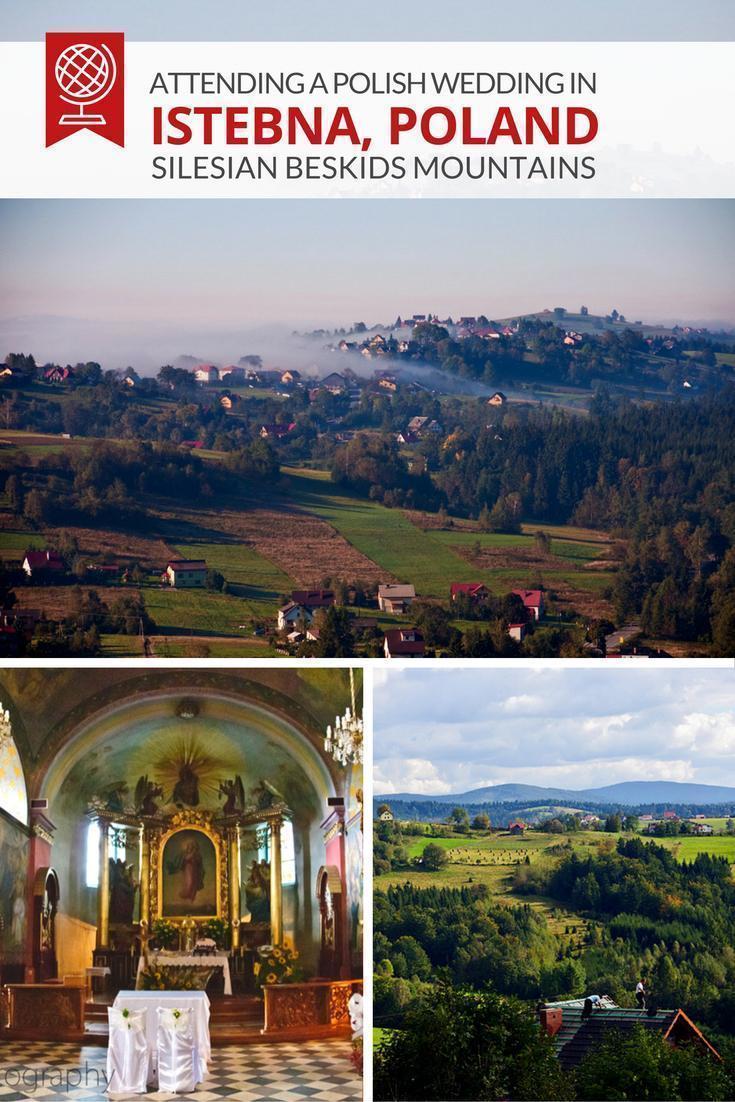